From the time Anna was born, I’ve wanted to share my pop culture loves with her, but many of the current comics I read or tv shows I watch just aren’t appropriate for her. Her favorites are Squirrel Girl, My Little Pony, Scooby-Doo Team Up, Ms. Marvel, Bandette, and Princeless. See Anna’s review of Princeless here, her review of Pet Avengers here, and her review of Spider-Man and His Amazing Friends here.

Bandette (MonkeyBrain Comics) is written by Paul Tobin and drawn by Colleen Coover. It is available digitally in eleven single issues, or in a set of two hardcover volumes that include the first nine issues plus additional stories and other bonus material. From a parent’s point of view, it is a fun and well-plotted story with beautiful art. The cast is diverse and the heroine is bright, sweet, and funny. It is simply charming. Here, verbatim, is a conversation Anna and I had about the series.

Carolyn: Who is Bandette?

Anna: Bandette is a cat burglar who sometimes helps fight crime. She is a little bit confusing, because sometimes she’s on the side of good and sometimes on the side of bad, because she steals. She’s pretty much always smiling. She has short black hair and looks like Audrey Hepburn, but wears a red wig as Bandette so nobody figures her out. 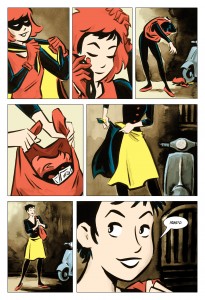 Anna: She’s a teenager. She doesn’t always do everything right. She isn’t always correct. She has a cute little puppy named Pimento and loves candy bars. She’s really funny. She does silly things. In book two, she rides on a pig truck and says “I am queen of the pig pirates, you understand!?” In the newest issues [#10 and #11], she’s mad, and she calls Lieutenant Heloise and says, “Heloise, It is I, Bandette! The Master Thief! I have called to let you know I am stomping.” Then she stomps and says, “There, it is known!” and hangs up. And also she says, “Remember me well, my fellow thief. My name is Bandette, and I also am not afraid of falling” and then she falls out of a plane, carrying a skull. So cool. 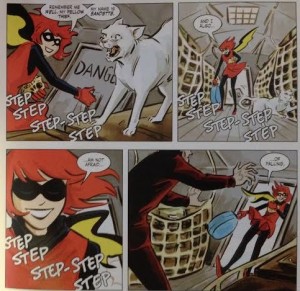 Carolyn: What about the other characters?

Anna: Monsieur is kind of funny. He’s a cat burglar too, and in the first book they compete for the title of best burglar. Inspector Belgique curses all the time! They put symbols like %&@#* so it’s ok for younger kids. Lieutenant Heloise likes Inspector Belgique. Matadori is a swordfighter, and she’s like, “Too late, dear calf, too late! You have already been found out!” to Bandette, but then she doesn’t stop Bandette, and Absinthe gets mad at her. He’s the brutal leader of FINIS, an evil crime organization. Daniel is Bandette’s boyfriend. He gets kidnapped and she sends all of the dogs and cats out to find him, and gets all these art owners and the prime minister to look for him too. And the Urchins always help. They’re her friends. 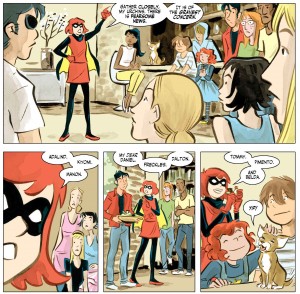 Anna: I would say, I really like this series, it’s called Bandette. She’s a regular teenager but she has a motor scooter and she robs places but she’s funny and she’s knows cool people and she says things like, “Bullets? How rude! Were they not beguiled by my adorable outfit? My charming wit?” That’s her. 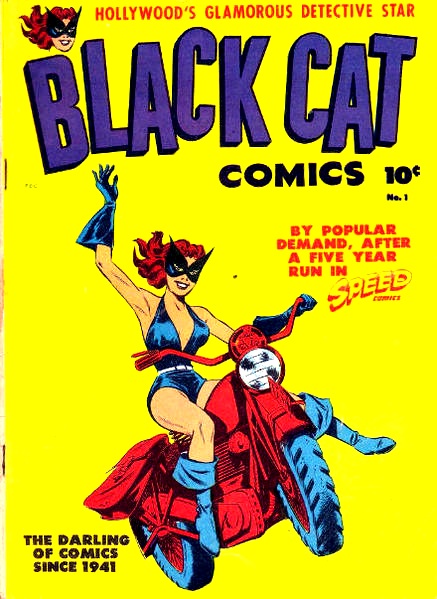 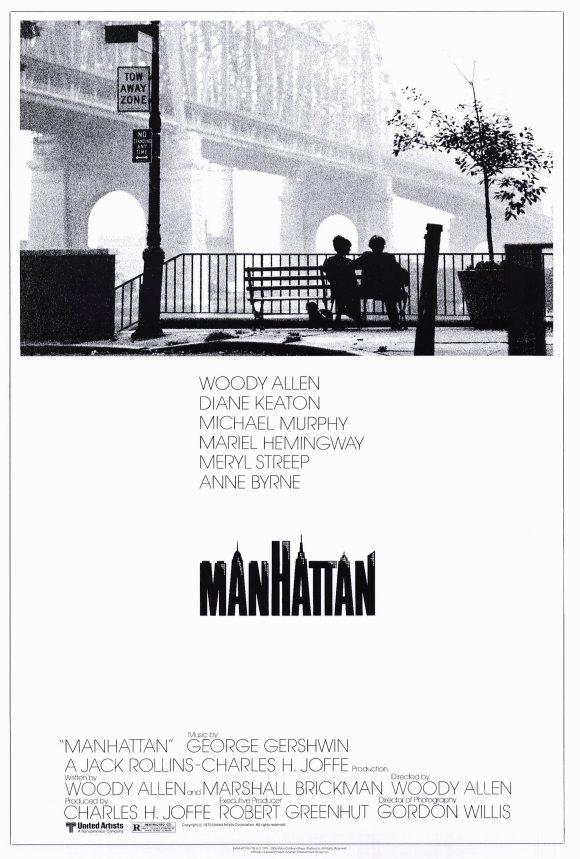