Jim Henson’s The Storyteller: Witches – Tale One of Four

LONG AGO WHEN THE SPARROWS STILL FLEW AS THICK AS THE NIGHT,

IN A LAND SO remote THE KING HAD YET TO CLAIM IT,

there lived a young woman…

And so begins the first tale of a new limited series relaunching Jim Henson’s The Storyteller. What began as a short-lived TV series by the legendary puppeteer in 1988, Henson’s Storyteller concept—the reimagining and retelling of obscure fairy tales—saw new life in 2011 as a graphic novel. Now, Archaia is publishing a four-issue mini-series written and illustrated by S.M. Vidaurri (IRON: or, The War After) entitled Witches.

The first issue tells the story of The Magic Swan Goose and the Lord of the Forest. The expected elements are present: a witch, a forest, a king and queen, a curse, a princess, and various fairy tale paraphernalia like looms that spin gold and talking ovens. And yet, it is precisely these archetypical features that lend Vidaurri’s tale a sense of sincerity and wonder; the best fairy tales are those that strive to tell a story ahead of proposing any sort of moral. In Witches #1, Vidaurri tells an expansive tale that at once looks archaic but feels fresh and invigorating. What begins as a witch’s fall becomes a story of vengeance which turns into a princess’ rise to power. Throughout, Vidaurri incorporates the Romantic elements of nature and independence and mystery, invoking a certain emotional, aesthetic sensibility to counter the modern emphasis on cynicism and logic. It’s a remarkable tale, particular given it’s comparison to the rest of the books on the stands today.

The real draw here, however, is going to be Vidaurri’s sensuous, storybook artwork. Each page is a full spread of intricate detail and rustic imagery. Flying swan-geese, enigmatic anthropomorphic rabbit-men, and crowns made from tree branches bounce from page to page with a lightness and fervor that only a fairy tale could provide. Vidaurri understands the visual nature of storytelling, and fills each and every inch of each and every page with luscious and vibrant colors. Each page also features a border—vines or flowers or mice or trees—that reflect the influence of nature on the story. It’s an enthralling visual experience that tells just as much (if not more) of a story than the actual words.

Check it out! Jim Henson’s The Storyteller: Witches #1 is the start of what should be an intriguing, invigorating comic book experience from Archaia. S.M. Vidaurri’s Witches #1 will grab at that bit of your soul that craves a good story and lavish it with a spirit and richness unlike anything else on the stands. 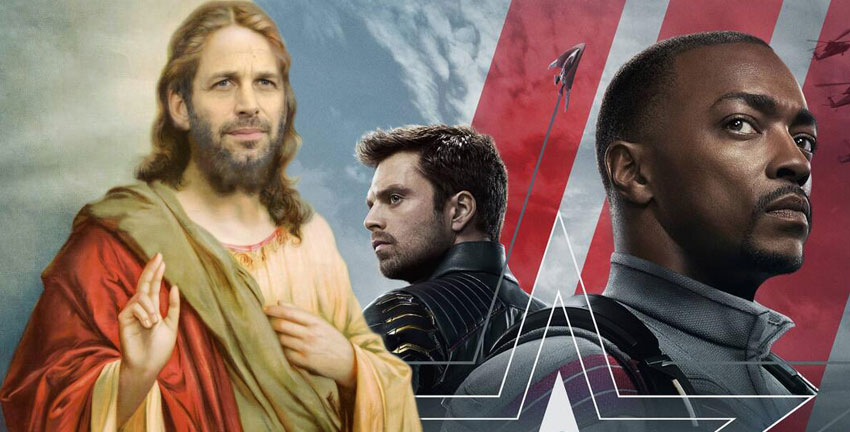