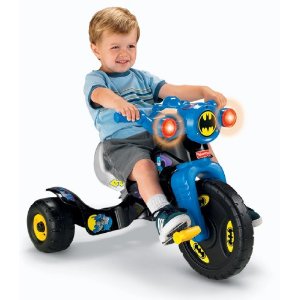 Now that we’re almost 3 months in to this parenthood thing, I’d like to talk about stuff.  One common thread among “nerds” is that we really like stuff; buying it, researching it, learning about it, showing it off, upgrading it. Think about how much time and money you put in to your chosen hobby. Cosplay, computer tech, mobile gadgets, video games, comic book collecting, etc. What we have discovered in the last 3 months is that this habit extends in to baby stuff, maybe even more so because as first time parents you’re committed to doing everything as well as you can for your precious. (My preee-cioussss)

When Max first came home, he made it clear the first two nights that he was not happy with the bassinet we’d purchased for him. The only thing he would fall asleep in was a bouncer with the vibration turned on. Off we ran to Babies R’ Us to buy a new bassinet with a vibration button. Got it home, tried it out, the battery pack nearly burned to a crisp within minutes of running. The next day, we were off again to the baby stuff warehouse and came home this time with a new Pack ‘N Play. If you aren’t familiar with this thing, it’s basically a huge play pen with detachable changing table, infant bassinet, music, canopy, vibration and adjustable everything. We already had one of these at home, but not one with vibration and Max demands that special detail to close his eyes at night.

Next came the toys. We saw a video one day of a friend’s baby bouncing happily in a ‘jumper’. Within two days, Max had one, even though his feet wouldn’t touch the ground to do the jumping. We had a play mat (the little pad on the floor with toys hanging over baby’s head) that we received from a friend, second hand. After trying it a few times, I decided it was too old, boring and not colorful enough. Off to baby super warehouse again and now Max has a play gym covered in primary colored animals and complete with a mobile that turns and lights up while playing songs. That’s right, my baby won’t be expected to stare at dangling toys that aren’t blinking, playing tunes or moving on their own!

My point here is that as a momma nerd, that need to hyperfocus on the stuff is only redirected to my baby now. Pre Max I was researching a new tablet for myself, excited about every new smartphone that popped up on the tech blogs and always watching for a game to add to my collection. These days, I can obsess over flashy mobiles, battery operated development toys and start the search for the coolest, geekiest jogging stroller out there. All in the name of making my little one happy! At least that’s what I tell myself.

I’d like to hear about some of the perfectly reasonable (not) purchases you’ve made along your journey to find super kid joy. Were you satisfied with the extra powerful baby skills attained through those big buys? Thank you all for reading my column and for all the awesome feedback you’ve been giving!

One thought on “Nature Vs. Nerdture”