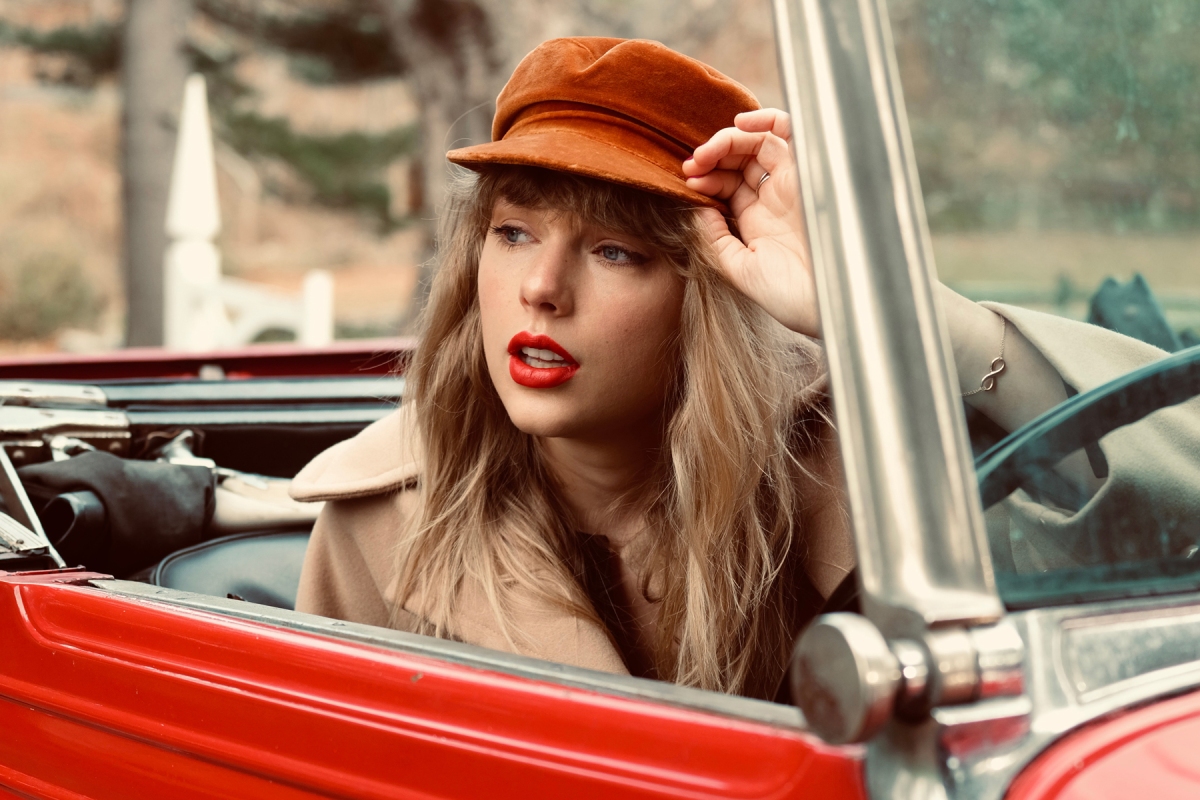 Welcome to Nerd Fusion, a collaborative column where Talking Comics contributors take an album of music, pairing the songs with what comics you should read to arrive at the same feeling. Consider us your sommelier, but instead of wine it’s music and instead of food, it’s comics. You get the idea.

This week the highly anticipated rerelease of Taylor Swift’s Red album has arrived and with it, a wave of temporary breakups as people try to get into that angry headspace whether or not their relationships were going poorly (or at least so TikTok would have me believe). If you want to get into that Red space of mind without possibly jeopardizing your support system, let me recommend some comics that will get you there.

1. State of Grace paired with the Mortal Instruments graphic novels by Cassandra Clare and Cassandra Jean

State of Grace describes a love that is passionate. No one personifies “twin fire signs” quite like the various ships from the Mortal Instruments series by Cassandra Clare. The graphic novels reimagine the story from the popular YA fiction through an incredible art style by Cassandra Jean. Get a dose of the Shadowhunter world in comic form while State of Grace reminds you that the battle to defend the human world from demons is a “worthwhile fight.” At least, I think that’s what the song is about, right?

In Red, Taylor describes falling into and then losing love through metaphors that relate emotions to colors. Similarly, Ghost Lights on Webtoons tell the love story between two fated boys with splashes of color that flow through the panels. The lead, Noah, sees images related to his love for his best friend, Robin, as shades of bright red that no one else can see. It is a gorgeous visualization of the deep connection felt between the two boys that is at once heartbreaking, aching, and haunting. “Loving him was red,” as Taylor sings and for Noah, this is quite literal.

3. Treacherous paired with Fence by P.S. Pacat and Johanna the Mad

Treacherous is a song about accidentally falling backward into love even when you tried to fight it and what could pair better with it than a classic queer enemies to lovers tale. In Fence two boys become rivals in fencing, but slowly become more despite their best efforts. “This slope is treacherous” for them and a delight for us who get to read it.

4. I Knew You Were Trouble paired with Constantine: The Hellblazer by James Tynion the IV and Ming Doyle

No one has ever embodied the energy of the phrase “I knew you were trouble when you walked in” quite like everyone’s favorite disaster bisexual John Constantine. And, no one has ever captured how bisexual and how much of a disaster he is like the writers do in this run. Here you will find Constantine struggling to understand the effect he has on the people in his life (hint: it’s not good) while finding chances at new love. As you listen to the song, imagine it is from the perspective of the people who have had the misfortune to love Constantine, people who knew exactly what they were signing up for but still feel the sting of betrayal at the end of the day. It may well have you “lying on the cold hard ground” along with Taylor.

5. All Too Well (10 minute version) paired with Hex Wives by Ben Blacker and Mirka Andolfo

Feel like leaning into anger at terrible men? Put on this song and pick up Hex Wives. Listen to Taylor sing about the absolute devastation of loving the wrong man while reading about witches who are oppressed by men because, as the comic says “the women are too powerful. They must be tamed.” Let the lyrics of “and I was never good at telling jokes but the punchline goes, ‘I’ll get older but your lovers stay my age’,” roll across you. Feel the righteous anger fill you. You just might want to have a good friend on standby to hear you rant.

Caution: May include a resurgence of strong feelings of fury toward your exes and/or the desire to lay on the floor sobbing.

If you want to catch the nostalgic bug of being in college, put on this song and crack open Giant Days. As you follow the tale of these college friends having adventures around their campus, you too can feel 22.

7. I Almost Do and The Last Time (feat. Gary Lightbody of Snow Patrol) paired with R.U. Screwed by Kimmikala

Sometimes pining is sweet, sometimes it is pure agony. Both are true for our romantic lead in Webtoon’s R.U.Screwed. As Howie navigates how to process his feelings for his best friend, listen to the lyrics “It takes everything in me not to call you and every time I don’t, I almost do.” Before you are done experiencing the shared agony of that pairing, skip ahead a few tracks and listen to The Last Time. What could be more devastating than a Taylor Swift ballad? What about one that features the lead singer of the band heavily represented on my ball your eyes out playlist, Snow Patrol? Going from the pain of pining to the pain of feeling like this is your last chance to make a relationship work is the arc of this story, and these two songs will help skyrocket you into that headspace. Tissues are also recommended with this pairing.

8. We Are Never Ever Getting Back Together paired with Patsy Walker (Aka Hellcat) by Kate Leth and Brittany Williams

You might think, Chris, you are definitely going to pick a romantic breakup comic for this absolute bop of a breakup anthem. No. We’re going a different direction with this one, because some of the most epic breakups are not between couples at all. Patsy Walker breaks up with the Avengers (and superheroing altogether) and finds her freedom in starting a business that helps other superpowered people find paths for their lives other than saving the day. The complete delight with which Taylor offers the phrase “we are never ever ever getting back together” personifies the way Patsy feels as she claims her joy on the other side of her terrible time as an Avenger. Enjoy this pairing with the feeling that comes from saying goodbye to toxic environments in your life.

9. Stay Stay Stay paired with The Beginning by Tim Seeley and Rebekah Isaacs

“I’ve been loving you for quite some time,” Taylor sings, a perfect way to encapsulate the tone of this short about the best sapphic couple in DC, Harley and Ivy. The short captures moments of their life together, as these two Gotham City Sirens remember. It is beautiful and romantic, just like this song. The way they love is epic, and you deserve to experience it with a song that will heighten that euphoric experience.

10. Holy Ground paired with Midnighter and Apollo by Steve Orlando and Fernando Blanco

Holy Ground is about romance so powerful it feels like religion. The kind of romance perhaps that can defy the multiverse and hell itself? Midnighter and Apollo are the fated couple who will fight their way back to each other no matter the barriers. “And right there where we stood is holy ground,” the lyrics go, a fitting match for this couple that is nothing short of cosmic. After all, the gay analogs to Batman and Superman would be epic, wouldn’t they?

Has any character ever embodied the words “sad” “beautiful” and “tragic” quite so much as Bucky Barnes? Second Chances sees Bucky trying to craft a life for himself out of the ruins of Winter Soldier. With his cat Alpine at his side, Bucky sets out to help a young Hydra soldier before the kid’s life ends in tragedy too. Listen to this song while you read the comic with a glass of wine for maximum tears. Try to ever hear the line “train runs off its tracks” in this song and not picture MCU Bucky in Captain America: the First Avenger taking a plunge into the snow ever again. Sorry, not sorry.

12. The Lucky One paired with Ballad for Sophie by Filipe Melo and Juan Cavia

The Ballad for Sophie explores the tragic life of a musician who realized exactly what he did for success, the same thread that weaves through The Lucky Ones. As the Maestro tells his story we can see him reflecting on the tragedy and lost promise of his life.“And they’ll tell you now, you’re the lucky one” is a lyric that he would have understood intimately. People see the fame, not the pain underneath. Listen to this song while you read The Ballad for Sophie if you want to feel better about not pursuing a music career.

Will Chris shed more tears while recommending more queer comics? Will there be more bad puns? Tune in next time for the thrilling conclusion (and the other 15 songs).