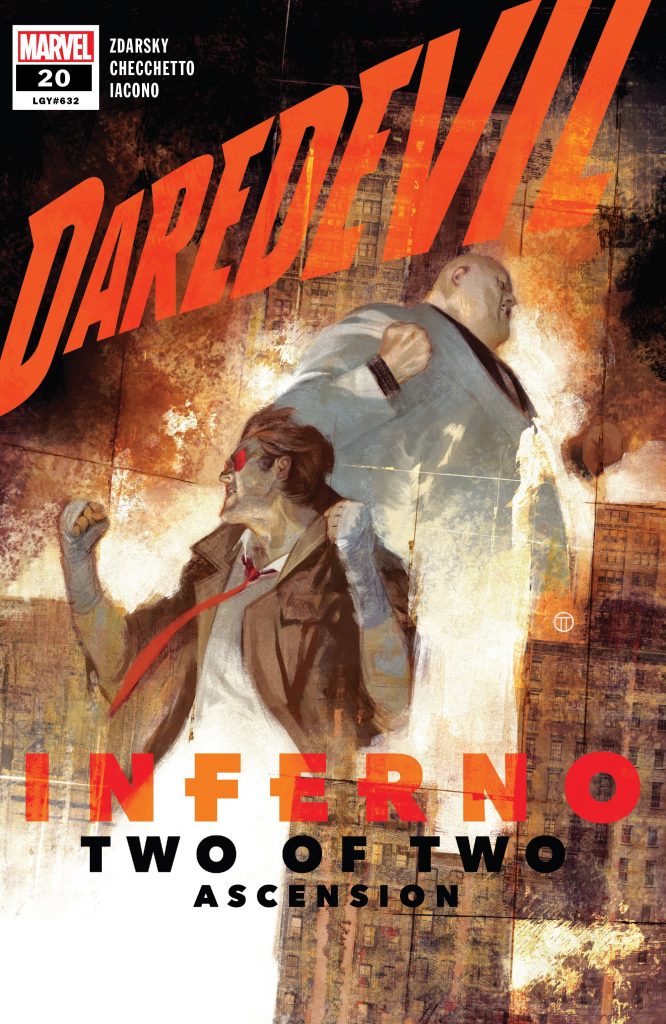 Anyone who writes about or follows Daredevil for any amount of time will find themselves saying the same thing before too long: Daredevil’s status quo is about to change. The character has often been defined by redefinition.

So it goes with the conclusion to the two-part “Inferno” storyline in Daredevil #20, which continues the excellent run from writer Chip Zdarsdy and an assortment of artists. In it, Hell’s Kitchen is under fire from a mangy assortment of mercenaries: Bullseye, Bullet, Rhino, Crossbones, and a suddenly lethally effective Stilt-Man. They are pawns in a much larger game, a battle over the underworld turf of the kitchen, but the bad-guy politics matter little to the innocent civilians caught in the crossfire.

Several plot threads come together, stretching back to the beginning of this volume. But new readers can jump in just fine, and they’ll be treated to fantastic art, sharp writing, a cracking fight scene with tons of players, a Kingpin who’s getting his hands dirty, and the manic return of Typhoid Mary.

The issue also indicates a new problem for Ol Hornhead. He’s a suspect in a murder. His decision about how he’ll handle his legal troubles should impact the next several issues.

VERDICT: Daredevil #20 is a buy. This is quality modern Daredevil. The storytelling is expansive but approachable, with the weight but not the burden of history.