One of the best things to happen to Star Wars in the last few years, Doctor Aphra returns with her second series from Marvel Comics. If you’re a big fan, you can call it her second eponymous series and third overall, because Aphra stole the spotlight from Darth Vader when she debuted in his book five years ago.

In this new volume, Aphra is in familiar territory, assembling a crew and hunting down a rare–and valuable–artifact. The story introduces a few new characters, one notably from Aphra’s academic past, and another excitable archeologist fan-girl. Both characters continue to develop Aphra’s ever-more-complex personality and backstory. 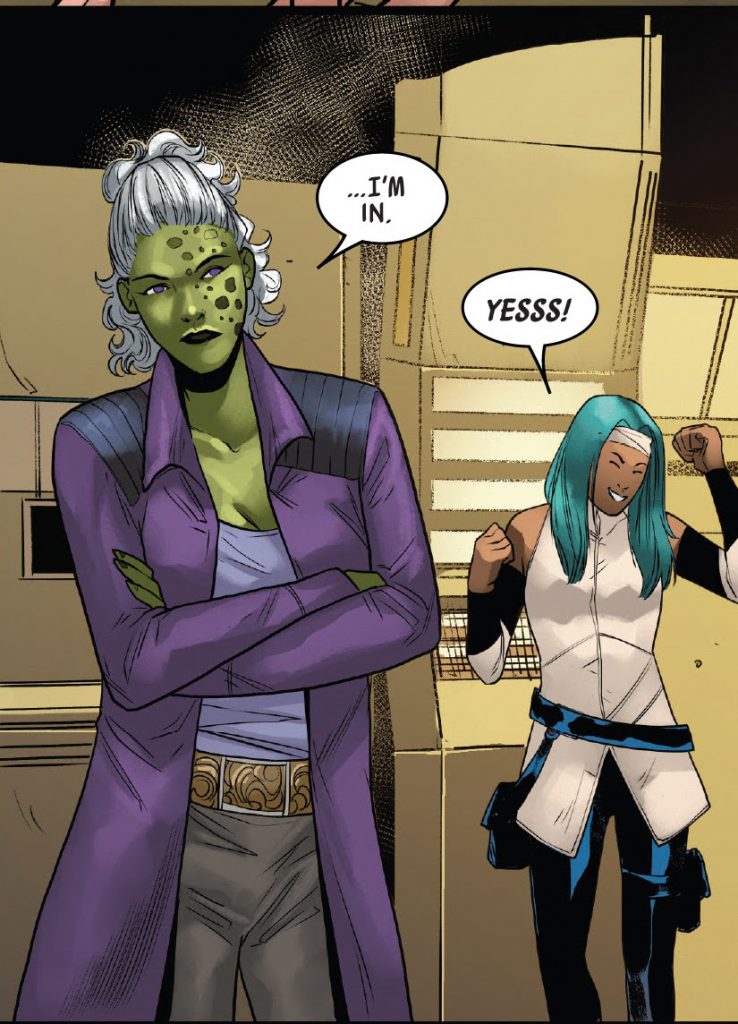 Wookie bounty hunter Black Krrsantan continues to join Aphra on this adventure. After suffering a series of mishaps in her previous series, droids 0-0-0 and BT-1 are absent here. As much as I enjoy those characters, they tend to dominate the spaces they occupy, so it’s nice to get some new blood in the mix. 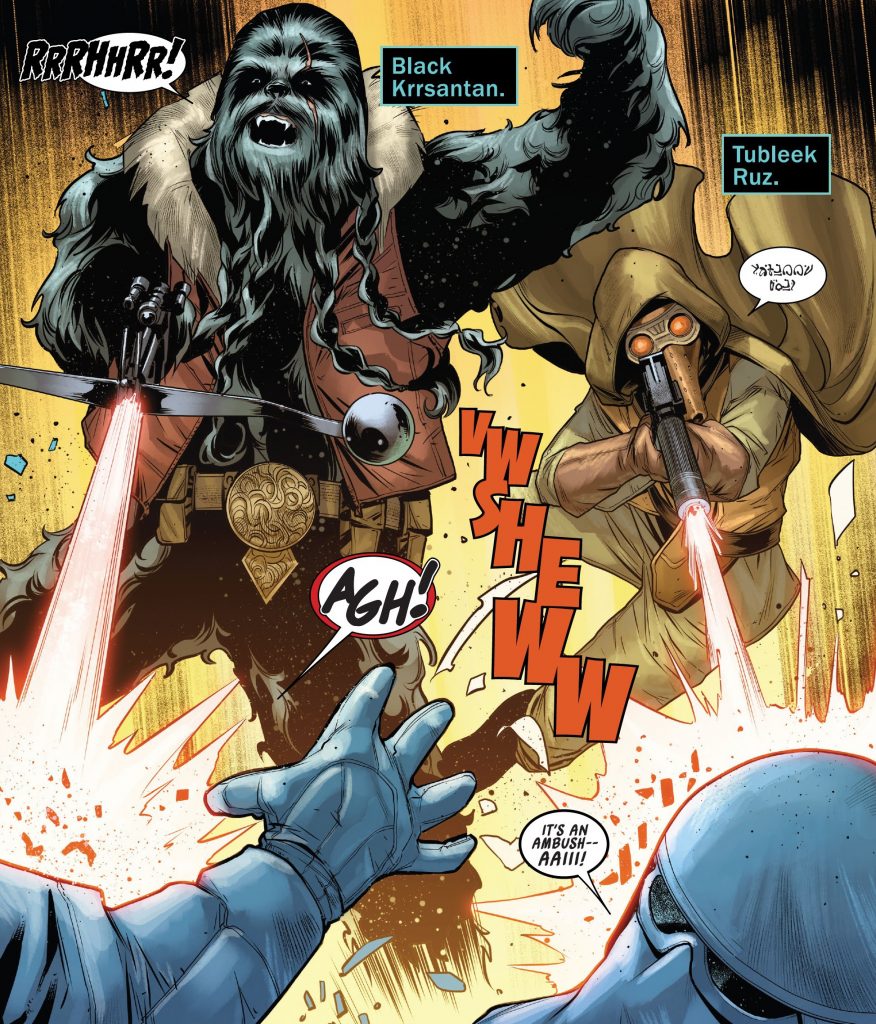 Something old, something new

The crew has a new mission, a new ship, and a new artifact to target. I particularly enjoyed when Aphra appealed to new-character Doctor Eustacia Okka’s scholarly pride. The machinations of graduate school and higher education can be every bit as terrifying as Sith lords.

Finally, Aphra has been fortunate to enjoy the efforts of some of the best artists and writers in the business since her debut, and this new creative team doesn’t fail to disappoint. The writing is stellar, and the art is crisp. This is good stuff, top to bottom.