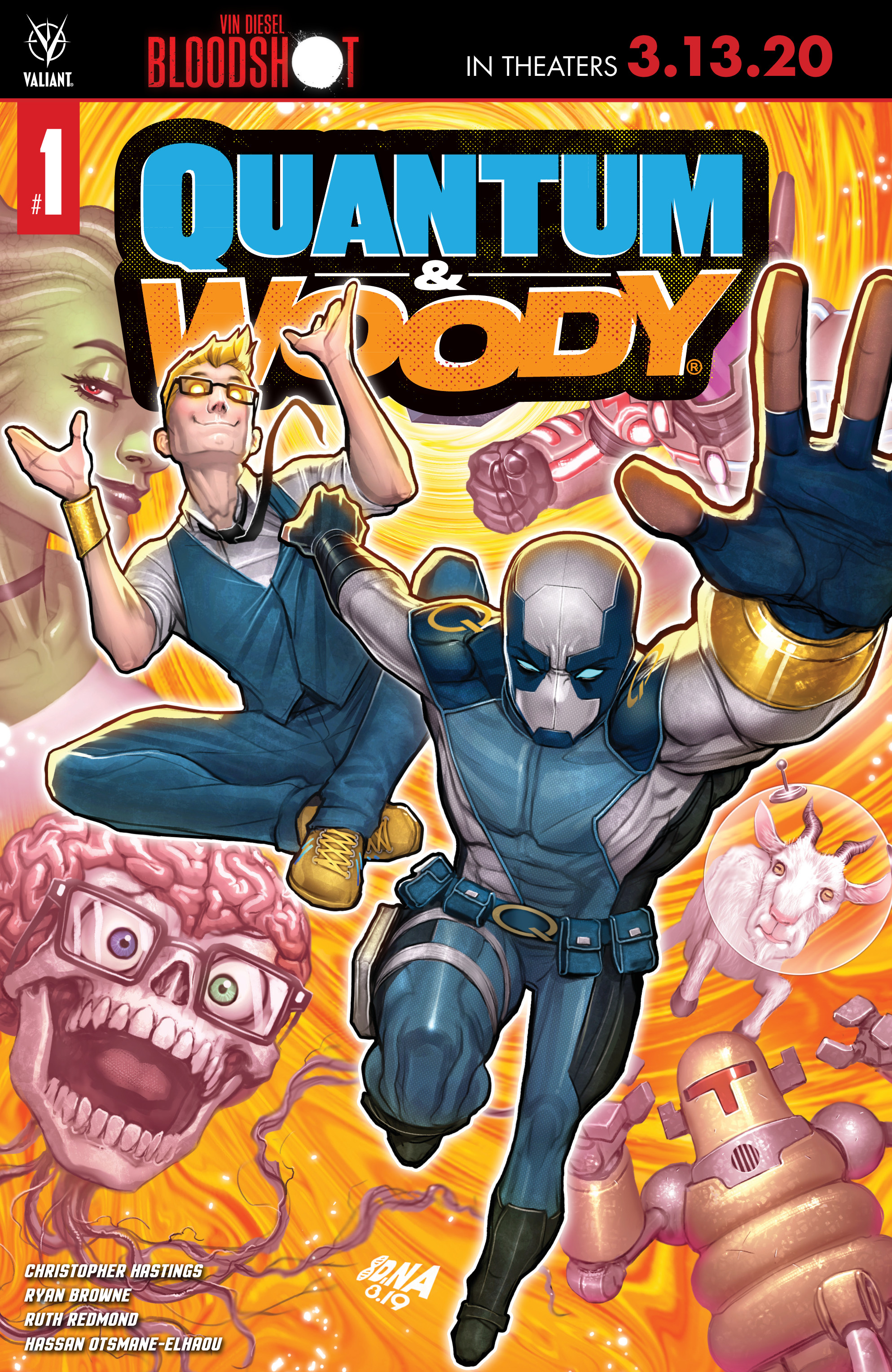 Valiant always manages to fly under the radar. It’s not that they try. Heather Antos and the Valiant Team roam the country, hitting cons. Their quality remains high, too. Valiant fails to let this reviewer down. The creative teams feature stars, established and rising. But for whatever reason, they stay off of most people’s pull lists. Like an underground band that never hits it big.

While the Valiant series heroes often meet, the company generally only publishes one niche at a time in short bursts. Valiant only publishes a handful of comics consistently. Quantum and Woody ekes by as one of them.

Quantum and Woody most closely resembles Marvel’s Deadpool/Gwenpool universe in tone and style. (Fun fact, Heather Antos, the current editor for Valiant Comics also co-created Gwenpool when she edited at Marvel.) The duo are step-brothers. After a science experiment gone wrong, the duo “klangs” wristbands every 24 hours or they both die. On the bright side, they both gained super powers.

Quantum, the more serious and tactical brother, shoots energy blasts. He also trains constantly, and is an expert at martial arts. Woody drinks, gambles, and lies constantly. He creates force beams and chaos. 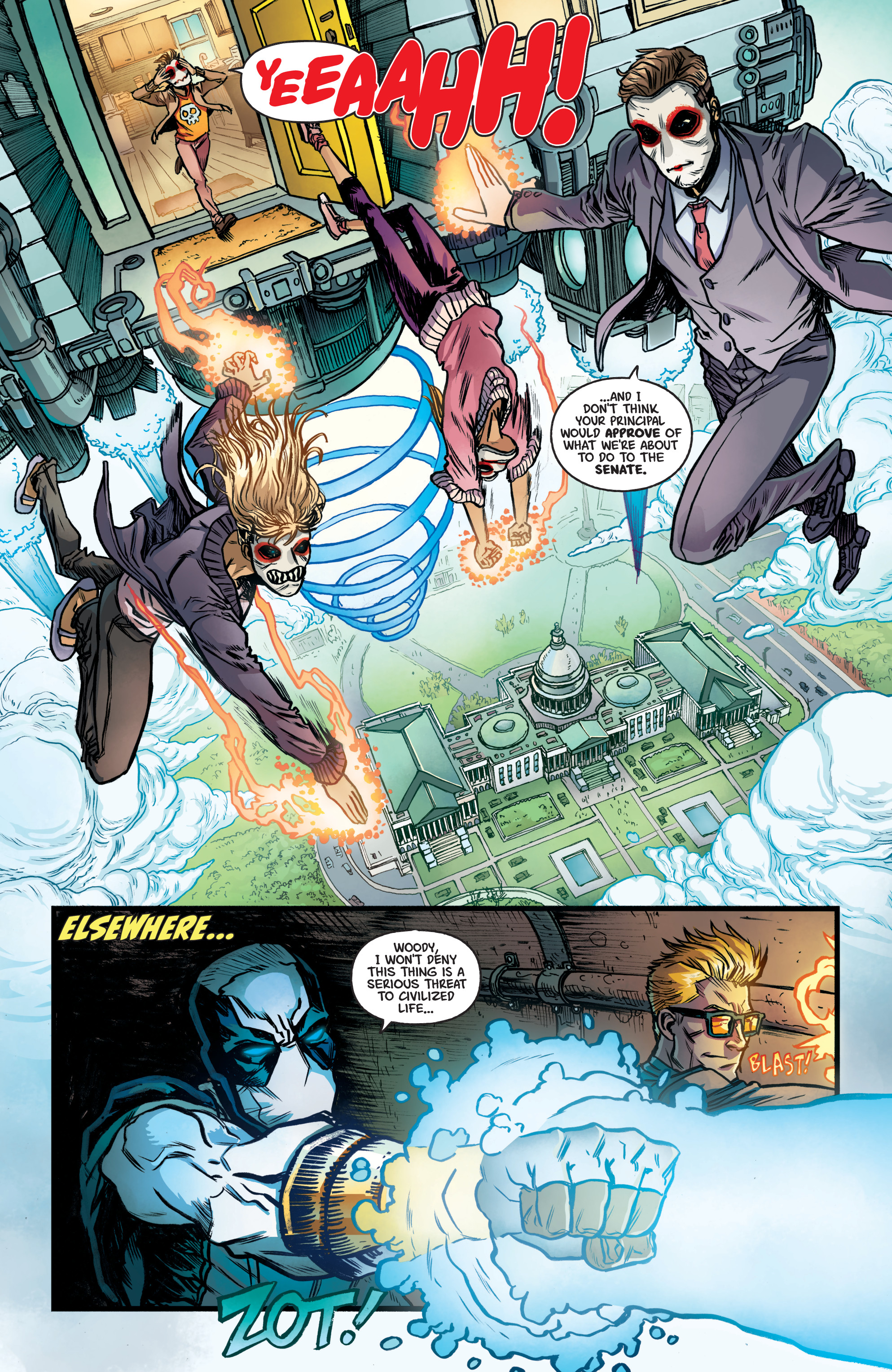 This run follows Kibblesmith’s great run. (Kibblesmith now writes Loki for Marvell now.) The duo are fugitives, trying to get their credibility back. They live in a cramped apartment with their goat, Vincent van Goat. (The goat no longer carries their father consciousness but still well trained.) Woody experiences a “vision”, and the duo head to Washington. They take the sewers to a red door, where they enter the Capitol Building. Enter a family of meta-mercenaries. The kids got the day off of at their elementary school so they can kill and take hostages.

The comic keeps the zaniness from previous runs. While you never know if you should trust Woody, you like him none the less. He tries. Quantum works hard at being the best hero he can be, doing pushups while carrying the goat on his back. Woody has a “vision” in his frog boxers.

Hastings delivers a fun, silly romp which contrasts nicely with the seriousness of Bloodshot and Livewire. Browne and Redmond create a bright, colorful world, and they work in just about every shade in the color wheel. Otsman-Elhaou clearly has fun using as many different forms of lettering styles as possible to help foster the lively energy.

Verdict: Buy! If you haven’t dipped your toe in the Valiant universe, or if its been awhile, this series serves as a great jumping on point. There is no back knowledge needed, and you will be thoroughly entertained.