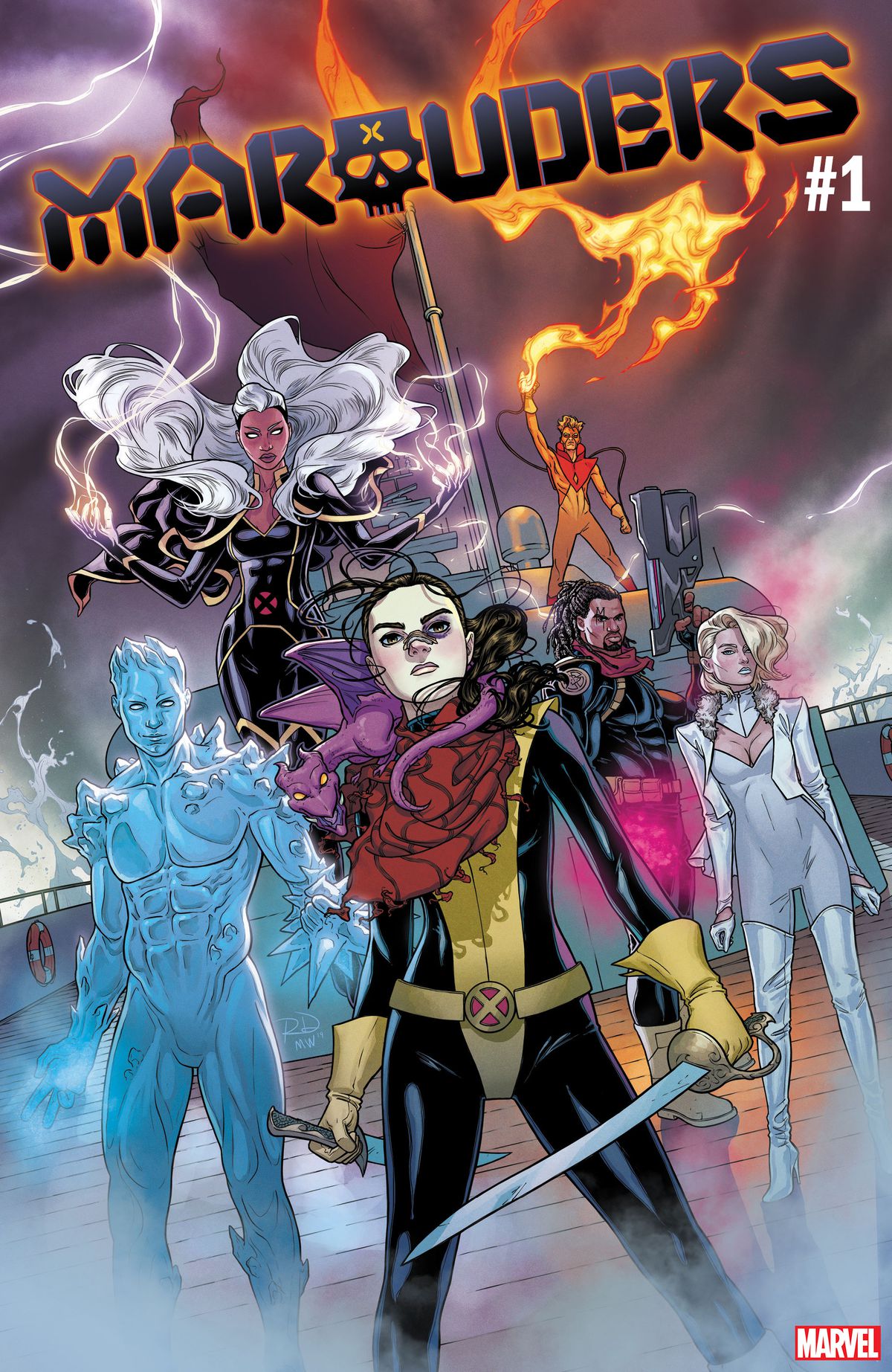 “Ahoy, Muties!” If you expected all of the books spinning out of HoX/PoX fit the convoluted serious pattern of Hickman, you forgot about Marauders! Probably because the previous Marauders team killed people for Mr. Sinister. Not this time!

After Krakoa refuses Kitty Pride, a.k.a Shadowcat and Sprite, access to the portals to and from the island, the hero steals a sail boat and sails to Krakoa. She loaded the boat for Wolverine with meat and booze. She arrives on the island, and Emma Frost psychically takes her aside for a meeting. Emma shows Pryde a veritable battle ship with large guns and space for a massive crew. The mission: smuggle mutants from nations unfriendly to Krakoa and unwilling to let mutants leave through the portals. Russia and North “Vainon”, most likely North Korea, appear as traditional enemies to freedom. Two other real countries feature as enemies to Krakoa, though why they chose those two, I can only theorize.

Anyways, Ice Man investigates the Russian gate and discovers an Iron Man knockoff with power-dampening capabilities. The Marauders sail to Russia, but they discover a stowaway: the original Pyro, resurrected by Krakoa’s rebirth team. Pryde shows her badass nature against Russians. She’s battling not only Russians; but the way her teammates view her. She ran an X-Men Team, but the older teammates remember her as the little “Kitten” they rescued from Emma Frost. While Pryde kicks butt often, she never dominated another team of enemy combatants like this. She non-lethally disarms a platoon of soldiers including knockoff Iron Man and a tank. An issue of Bar Sinister’s The Red Diamond ends the issue. As always, the gossip newsletter teases a few story subplots on the horizon.

The comic includes a couple of mysteries left out to not spoil too much. Gerry Duggan departs from the darker tones of his Savage Avengers and Infinity Wars. Instead of gratuitous violence, Duggan serves up fun, humor, and conspiracy. The 20 year comic veteran nailed the voices of the characters. I loved Ice Man the most. Duggan nicely brings over the character from his eponymous solo series written by Sina Grace. Lolli’s art and Blee’s colors create a feel very different from Hickman’s books, while still feeling like it belongs in the same world. No small feat.