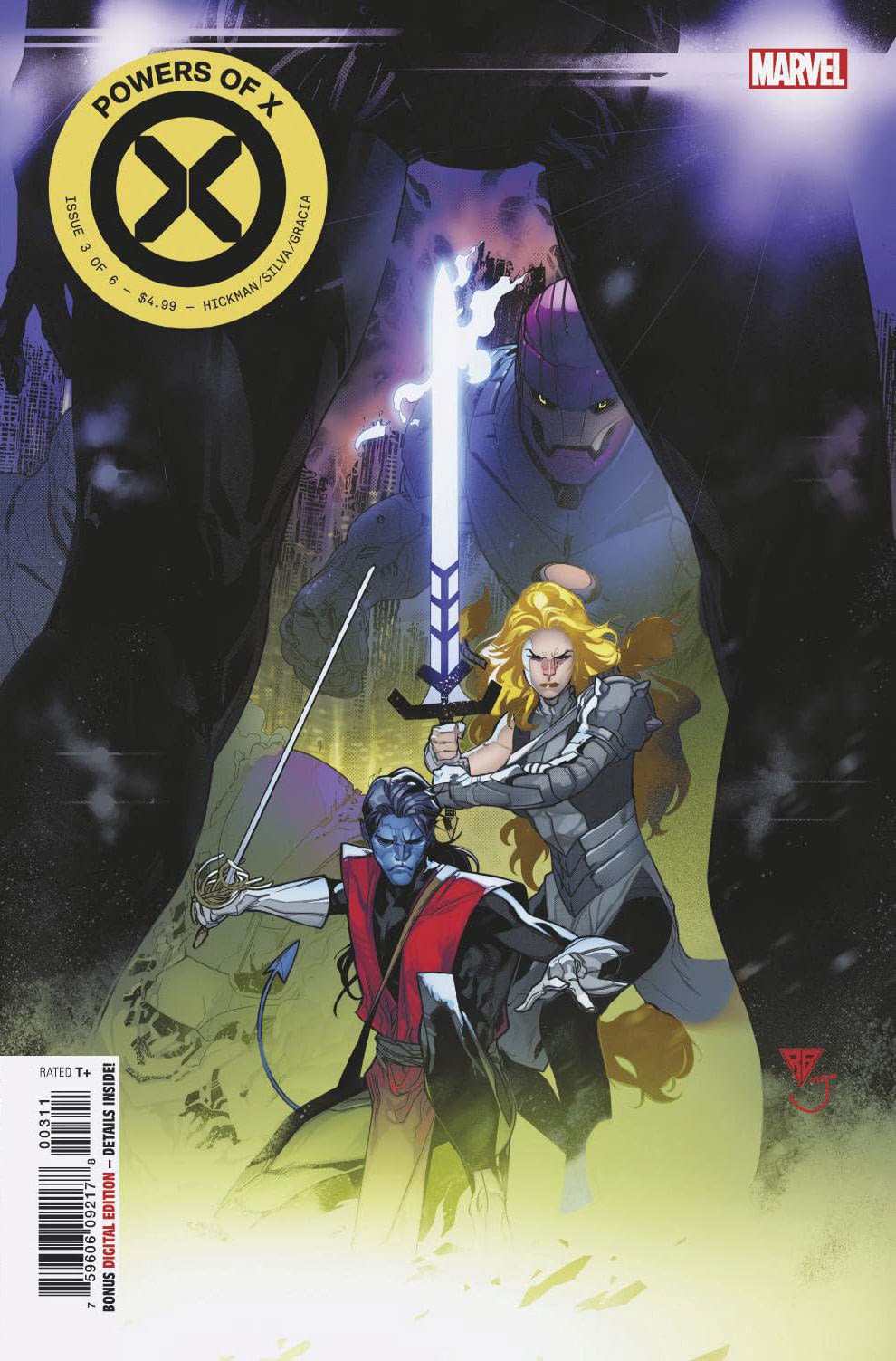 Hickman breaks the pattern, releasing Powers of X #3 the week after Powers of X #2, bypassing House of X completely. And let me tell you, this issue wastes no time expanding the story. In the end of the issue, the whole end game for Moira and the mutants comes to view.

Powers of X #3 focuses on Year One Hundred in the Hickman X-Timeline exclusively. In the previous Powers of X issue, we learned the future X-men team stole the archives index machine. The technology allows the user to find specific information in a room full of endless servers. In this issue, we find out what the heroes (and frankly villains, I refuse to call a couple of them heroes) wanted to find. The information definitely serves to potentially drastically change the events of this series. 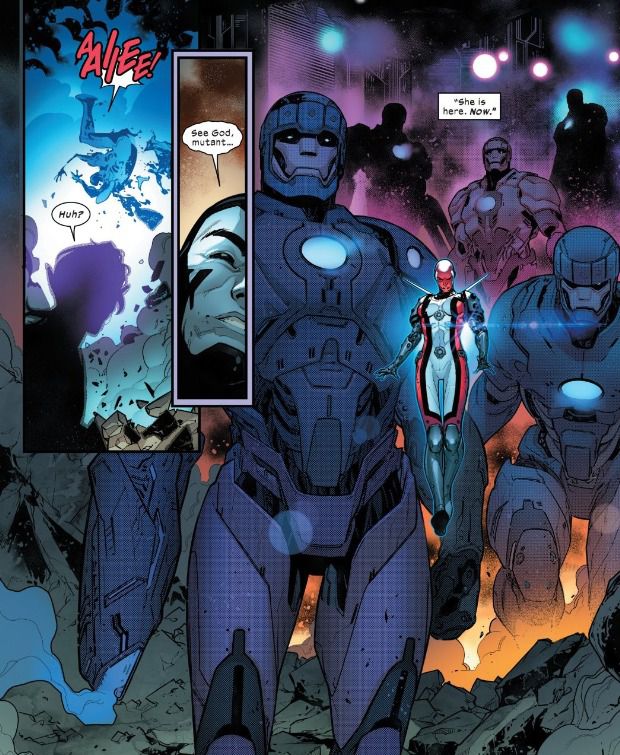 The team divides into two groups. The first group, comprised of the “younger” X-men, storms a church of machine worshiping humans. Rasputin, Cardinal, Xorn, and North serve as the distraction, beating up machine worshipers to attract the sentinels. If you didn’t guess from the panel on this page, they succeed. Some of the members take extraordinary measures to win this battle. And they are just the distraction.

Apocalypse, Logan, and Krakoa/Cypher search for the information needed to overthrow Nimrod. Nimrod is an ASI (Artificial Super Intelligence), though, and it anticipates a second attack. Nimrod shows its full power here, and not even the mutant immortal wins. But all is not lost. One more mutant waits to fulfill the most important job.

Hickman writes with all the burners on, cooking up multiple time lines in the same event. While Bendis excels at the quiet conversations, Hickman performs best with insane plots. The scope of his stories constantly expand like a black hole, devouring and absorbing all facets of the Marvel Universe. Nothing stays the same. The character development occurs not in dialogue, but in the moral and ethic decisions the characters make, when everything hangs in the balance.

The technical skill of R.B. Silva only increases. As a result, Silva elevates their game with each issue. The faces and details stand out. A rough design reminds the reader they hold a comic book in their hand, while nailing the little things erases the obstacles to immersing fully in the story. Gracia’s colors pop nicely, selling the darkness of the end of the world while keeping everything distinct. The explosions of light almost sear the eyes with their contrast, a feat only the expert level of colorists can manage.  Cowles’s letters, as always, suit the story so well, you don’t notice them, while still adding accelerate to the creative fire. The fire in this story burns so bright you can’t look away.

Verdict: Buy! The Powers of X team continues to deliver a top notch X-men book that readers will discuss for years.