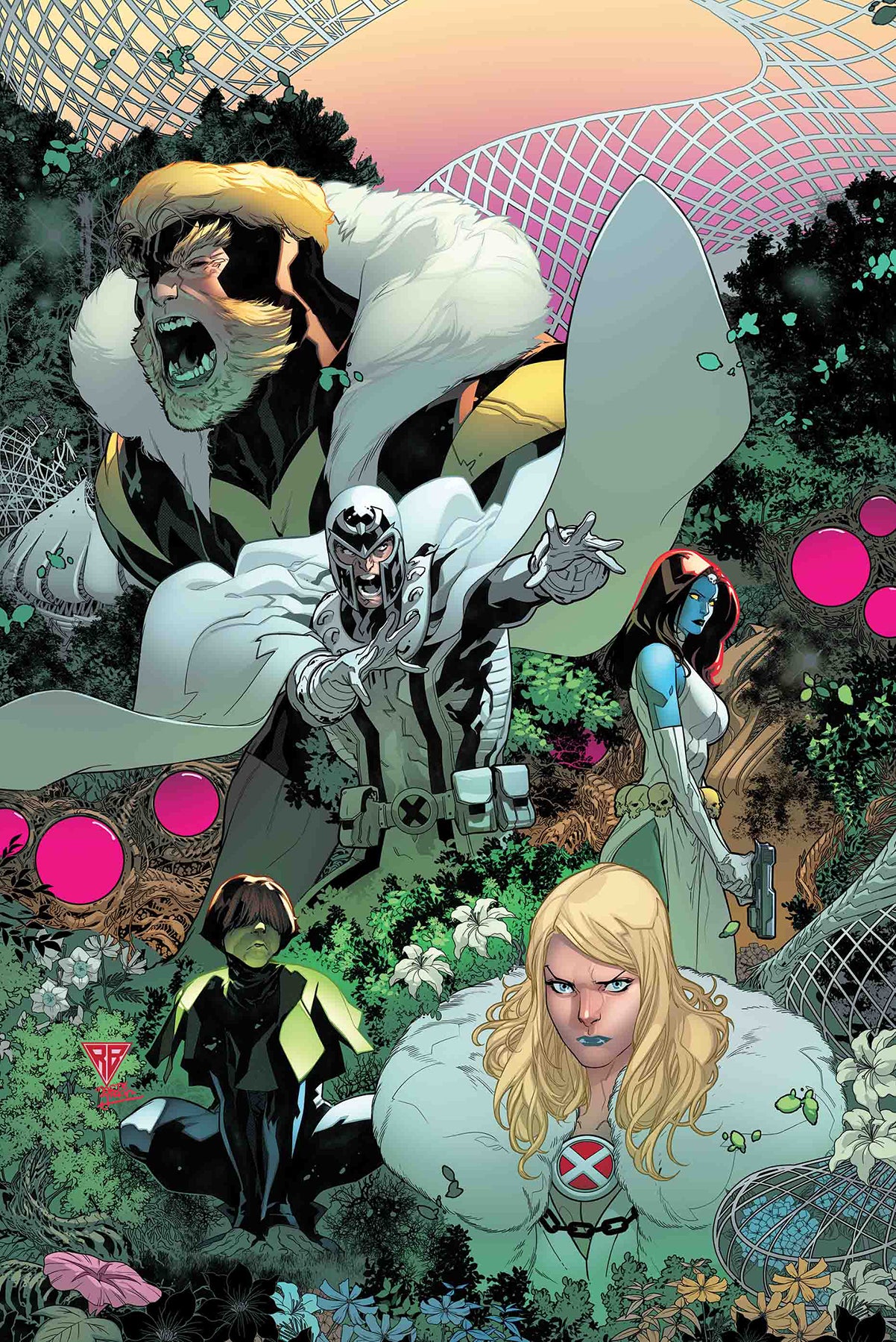 Hickman’s continuity breaking run on X-men continues with Powers of X
#2. (If you have not read House of X #2, read at your own peril) Moira
MacTaggart  has now been established as a mutant who relives her life over and over for ten
lifetimes. House of X #2 explored the various lives of Moira as she strived to stop
the inevitable downfall of mutants. She sides with many different mutants,
including the villains. She goes full Sara Conner on the Trask family, the creators of
Sentinels. She fails, no matter what.

Year One: After nine lives, with each ending in failure, Moira tries a
different approach. She approaches Xavier, and she opens her mind to him.
Professor X sees nine lifetimes of mutant disaster. They approach an old enemy
and they share the timelines with him, too, bringing the duo together to fight for
mutants.

Year Ten: The mysterious flash drive of data stolen by Mystique, Toad, and
Sabretooth unleashes its secret. A Mother Mold, capable of churning out large
quantities of Master Molds, which churn out sentinels, orbits the earth. On top of
the standard anti-mutant death machines, the Mother Mold may be the birth place
of Nimrod, the head anti-mutant machine in Year One Hundred. Professor X tasks
Cyclops to take his team and destroy the Mother Mold. The mission appears
suicidal. What good X-Men mission doesn’t, though?

Year One Hundred: Cardinal and Rasputin (mutants created by Sinister with
multiple X-Genes) join the other X-Men with their own stolen data. The
information gathered might win the war with Nimrod and the machines. The team,
though, may not be what we thought it was as we learn more about its leader and
its members.

Meanwhile, Nimrod learns of the indexing machine theft. He incinerates his assistants, as he realizes the mutant’s plan.

Year One Thousand: Nimrod and the beings left 900 years after the Mutant-Man-Machine War await a visiting force. Aliens generally invade civilizations based on perceived natural resources. For these invaders, the beings are the
resource. Ascension begins.

Hickman wastes no time in setting up a great story. I assumed he would keep endgames of the timelines close to the chest. Instead, in both House of X #2 and Powers of X #2, Hickman answers a lot of questions. The questions from the previous issues answered, the story bulldozes forward filling in blanks at breakneck speed. The story delivers a punch too, with the scope of the narrative and the ideas blowing away most of the comics on the shelves. The second comic looks better than the first. In the first issue, a few panels felt rushed, but here, Silva outdid himself. The pages contained print worthy panels. I loved the history/future
of Magneto rendered in purple. The colors by Gracia, shaded so subtle, entrance and hypnotize.

Verdict: Buy! The Powers of X #2 team deliver another uncannily powerful story that deserves being read again and again. The epic scale of the story soars over the competition.