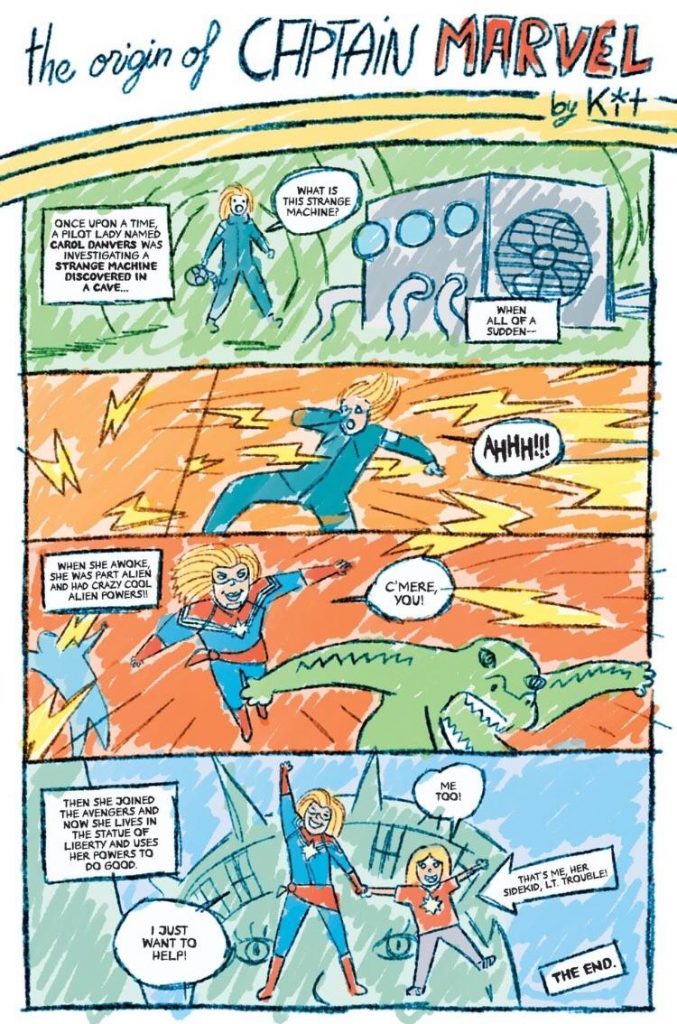 CAPTAIN MARVEL: MY HERO!
An open letter by Bob Reyer

Initially, my plan was to write this piece as if Kit “Lt. Trouble” Renner (the creator of the above comic as seen in the issue to the right!) was penning a letter to her hero Captain Marvel, but I quickly realized that was my subconscious trying to get me to avoid putting my own emotions regarding this transformative character out-front. Well, just as Captain Marvel herself never backed away from a battle, I can’t let my own mind get the better of me, for as you long-timers know, I’ve had little trouble wearing my heart on my sleeve… so here goes!

Until the release of the Captain Marvel film became imminent, I didn’t fully comprehend how deeply attached to the character of Carol Danvers I’ve become, and more, what place the iconic run by Ms. Kelly Sue DeConnick has taken in my heart and mind. Even on my most recent re-read in preparation for the movie, I was as captivated by the power of those issues as on my first encounter in 2012. There are so many moments within those stories that tug at my heart-strings, and they come from all angles. Whether it’s punching out dinosaurs or some of the requisite sass like “Call me Captain!”, the small beats with supporting cast members such as Kit, Jessica Drew, or Tracy Burke, and certainly those beautifully lyrical passages as from the letter by Helen Cobb, the breadth of my emotional response is not only undiminished by familiarity, but heightened by anticipation. 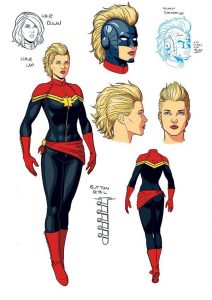 Back in the Sixties, I read the initial appearances of Carol Danvers in Marvel Super-Heroes and the first Captain Marvel series, and eagerly grabbed up the Ms. Marvel issues that followed in the late Seventies. Even though that book had a short run, I was hoping for big things for Carol moving forward, but the momentum eventually shifted. Watching the travails visited upon this character during the “dark years” up through and past the early “Aughts”, the multiple fridge-ings and excesses, it was positively thrilling to see those first promotional images of the new Captain Marvel “flight suit” design by Jamie McKelvie that was going to replace the swimsuit-and-thigh-boots look that had outgrown…well, shrunken past, its expiration date.

That new outfit was important, for it signaled that a huge change was in the offing, and reading even that first issue by Ms. DeConnick, one could sense the seismic shift, but I couldn’t have guessed how huge that would become. Seemingly overnight, there were people who were drawn into the character of Carol Danvers who were either very casual comic book readers or whom had never read a comic before, not to mention those who had abandoned comics altogether due to the exclusionary culture that had grown around the medium in the years before.  They..I’m sorry…we could see in Carol the same human foibles we were prey to, and as she always found a way to get past them, we felt that we could, too.

Over the last few years, whether live at a convention or simply seeing the pictures of women and young girls of all ages (some guys, too!) cos-playing as Captain Marvel, I’m always flooded with emotion. In my heart I know that these people are all experiencing these same feelings, sharing this connected energy and yes, empowerment, in finally finding a character that spoke to them, one they could relate to as their own. We Carol Corps members may have all come to Ms. DeConnick’s re-launch from different places in our own pasts, but we all now share a wonderfully inclusive home. 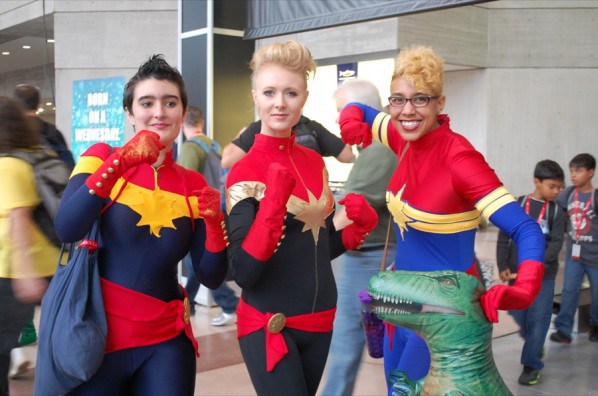 With Captain Marvel opening this evening I know that many others are experiencing this same swath of emotions today. Certainly there’s the excitement of seeing our hero on the screen, but I believe even more than that is the joyful pride in being able to share with millions of others a character that with her battles both on the pages and behind them overcame so much, and through those struggles I firmly believe that Captain Marvel changed the landscape of the comic book medium for the better, just as she has done for me personally as well.

In closing, let me extend a huge tip of my cap to then-editors Steven Wacker and Sana Amanat for setting the stage for the 2012 rebirth of this iconic character, and of course,the biggest thanks to Ms. Kelly Sue DeConnick for the amazing gift that is my hero, Captain Marvel. 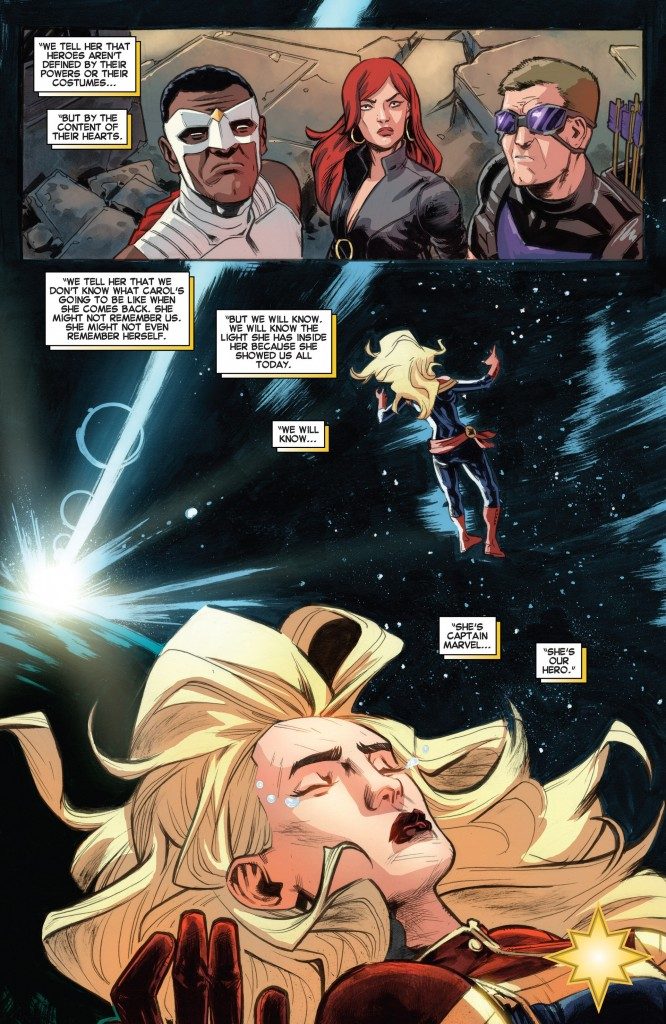 Obediently yours,
Bob Reyer
ps) Kelly Sue DeConnick’s Captain Marvel has been part of out TC history since her first appearance with us just as the book launched, and so we’ve “grown up together” in a way! 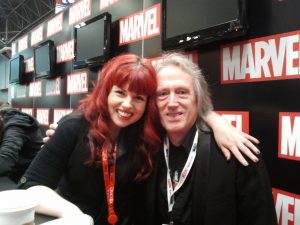