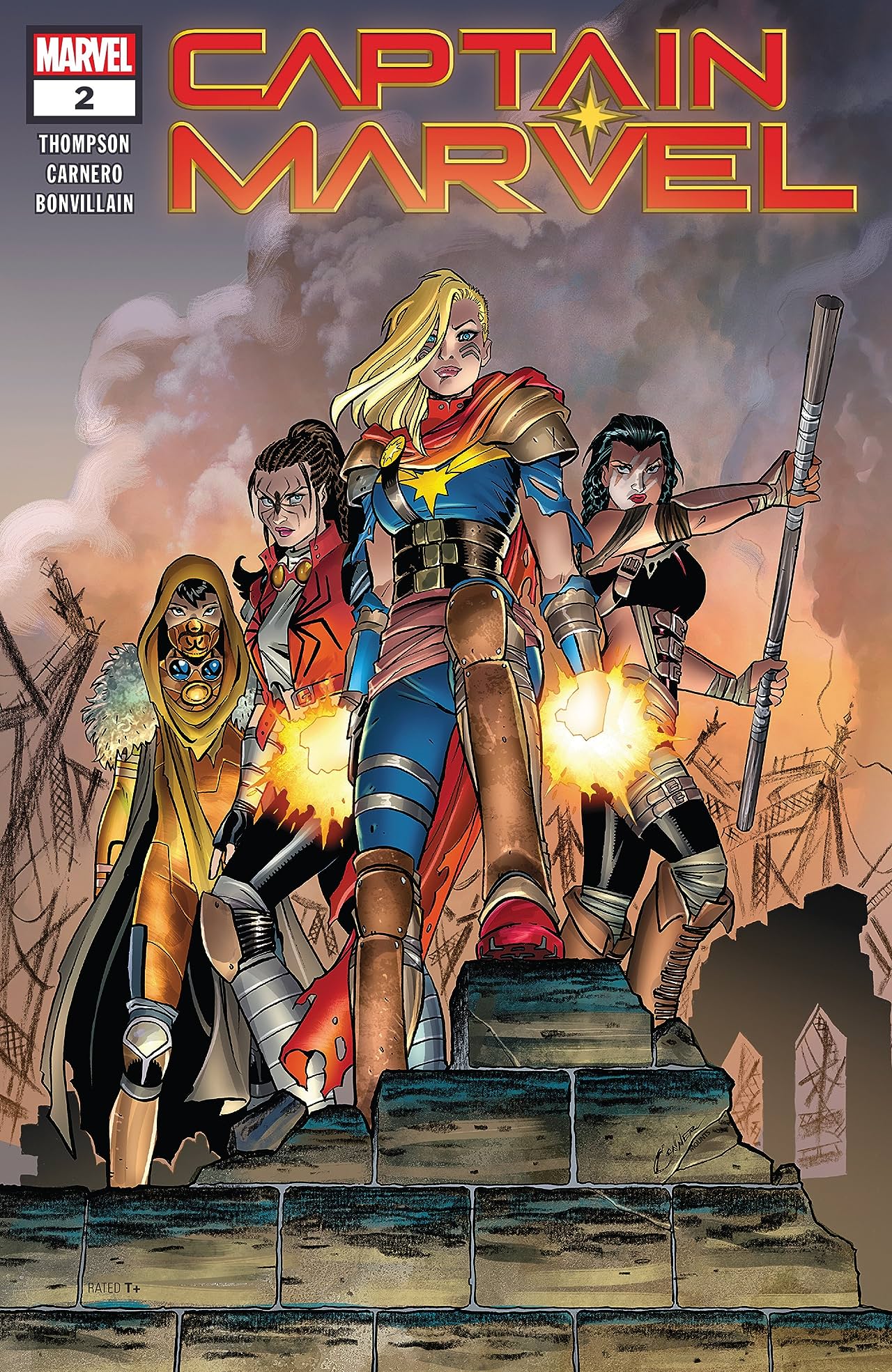 Captain Marvel leads the revolution against Nuclear Man, aka Mahkizmo. Mahkizmo has captured Manhattan’s Roosevelt Island. He has trapped it in an impenetrable dome where time runs at a much faster speed. While it may be hours since he took the island, it has been months for those trapped inside.

Men cannot enter the area, the invisible dome shrouding it prevents them. All of the men are missing, except one. A mysterious man named Som, who says he escaped Mahkizmo. Som is extremely useful with technology, but that does not mean he can be trusted. The rest of the stars on Captain Marvel’s team are Hazmat, Echo, and Spider-Woman, who have all been on the island for much longer. They also lost their powers. The island’s state has deteriorated to the point it looks more like Terminator Salvation then Marvel New York. 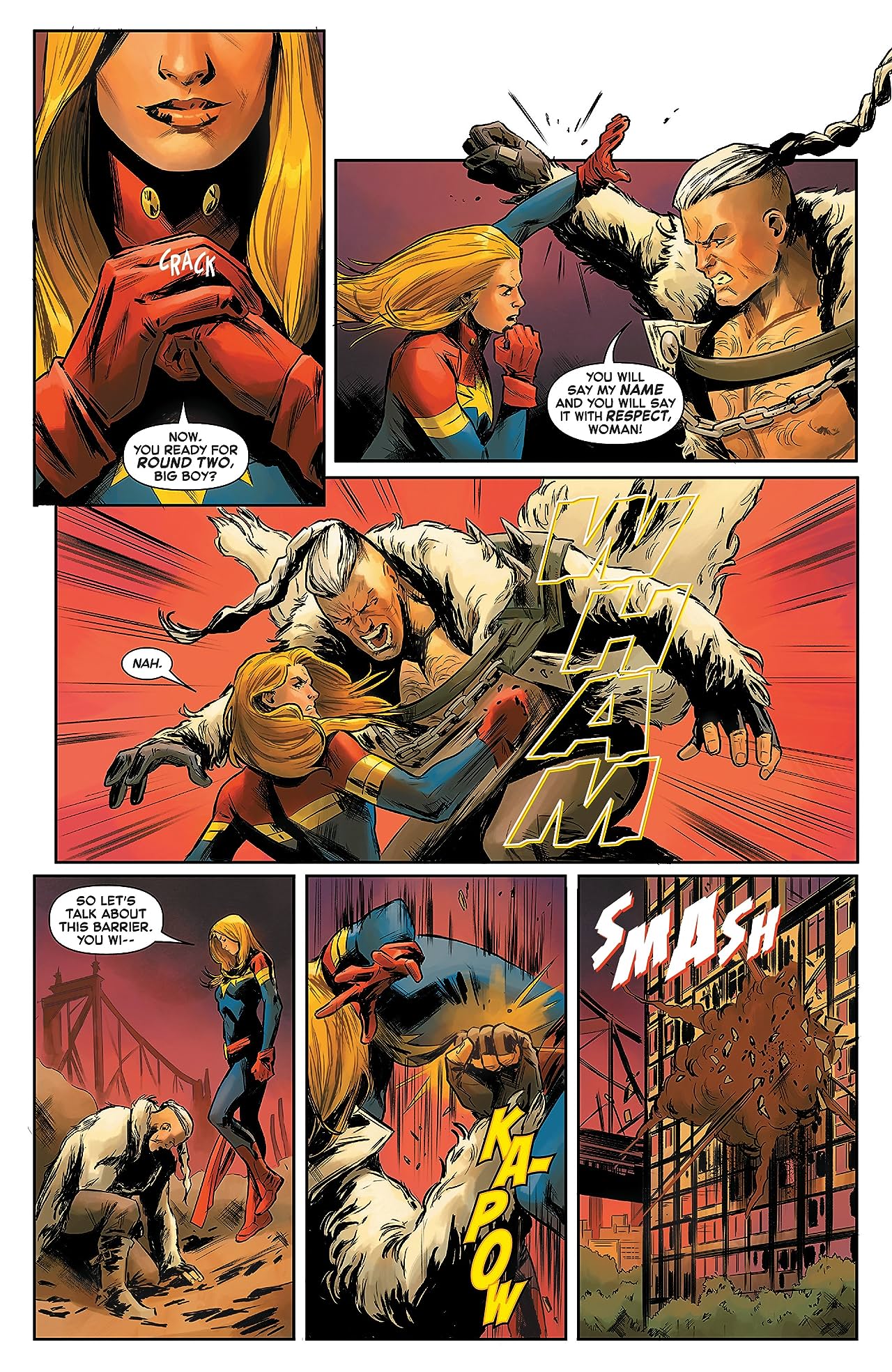 The writing, by Kelly Thompson, fits Captain Marvel perfectly. I came to know Carol as Ms. Marvel on Bendis’s New Avengers, so after so many years in space, I love seeing her back on earth. Being back has also allowed her to interact more with her non-cosmic friends like Spider-Woman, a welcome addition to the comic. I love that Thompson has brought back Echo and Hazmat even more . Their re-emergence in the Marvel Universe sparks so much joy.

With the movie coming out, and the campaigns to lampoon it via Rotten Tomatoes and boycotts, its great to see Captain Marvel take on misogyny via Nuclear Man. As he calls her wench and witch, you cheer Carol on even more to whoop his butt. The metaphor is extremely cathartic.

The art stands out. Carnero draws wonderful desolation. The ruins receive enough detail that they bring the reader in to the world. The facial expressions emote perfectly. If you removed the dialogue, you would know what each character felt. Bonvillain adds in pinks that keep this book from getting gritty and dark. Instead, she colors an oxymoronic beautiful wasteland.

Verdict: Buy! Kelly Thompson’s run will be talked about as one of the best runs on the character ever done. Mark my words, you want to get in on this.