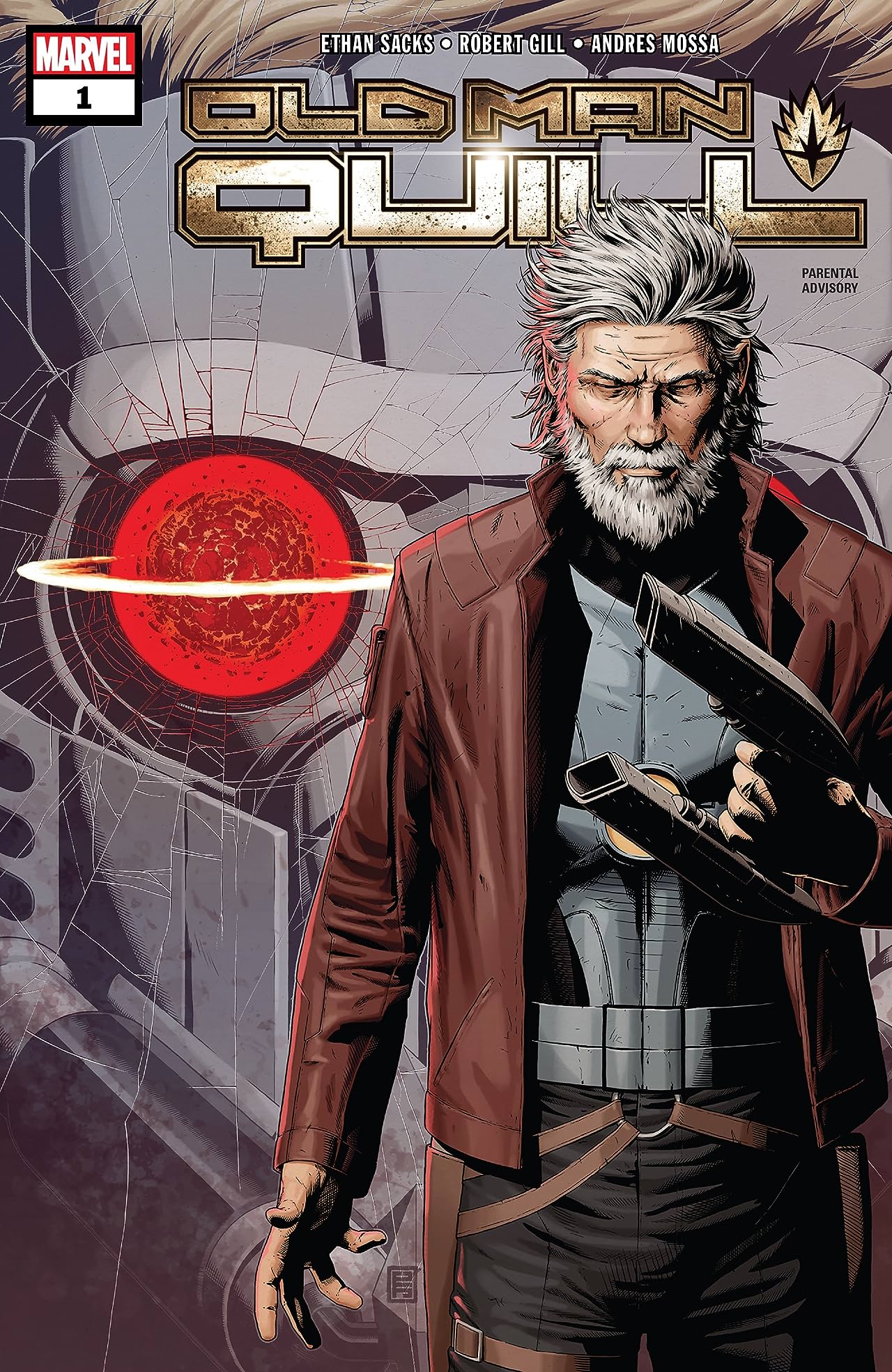 After the massive success of Old Man Logan and the popular prequel, Old Man Hawkeye, Marvel revisits the “Old Man” universe on a larger scale. If you aren’t familiar with the “Old Man” universe, the premise starts out pretty simple. The villains of Marvel strike at once across the globe in a tactical, coordinated strike. Only a handful of heroes survive the onslaught. America falls, and the villains split up the territories. The villains vary from the Kingpin, Dr. Doom, Maestro (an intelligent, violent Hulk), and the Red Skull. Society has fallen apart. Many of the surviving Americans live an almost pioneer life in Hulkland. In the arid interior, symbiotes run the territory.

Old Man Quill starts in space decades after the fall of the heroes. Quill, after his father’s passing, once again becomes ruler of the Spartax empire. Tragedy befalls the empire, and Quill goes dark. He loses everything that kept him tethered. He asked the Avengers for help, the X-Men, not even the Guardians showed up. Peter sleeps cryogenically for years, before he is forced awake. One last mission for revenge forces Quill back to Earth. In space, he never heard the fate that befell his first home. On the way, he finds signs of disaster. Old friends and enemies cross his path. The friends are weaker, and the enemies are stronger.

The writing here matches the original Millar work. Sacks writes the dark, hopeless world well, where everyone is broken and there are no more heroes. Quill still feels like Quill, though he has lost his swagger. His humor and pride left him. He remains likable though, as he fights his way from the brink. The other characters who appear fit exactly what you would want from the characters. They sing true, even if life has been hard on them.

The art manages to effortlessly combine the “Old Man” books and the cosmic Marvel books. Marvel continues to have better art than DC by having colorful, beautiful panels with expressive, consistent characters. Gill ages the characters skillfully, and when aliens get shredded, it looks dang good.

Verdict: BUY! This comic serves as a wonderful study of the characters. Old Man Quill continues the Old Man universe’s best skill of developing the characters beyond where they are to where they likely will be decades from now. Every character feels right, and the series always surprises and intrigues.