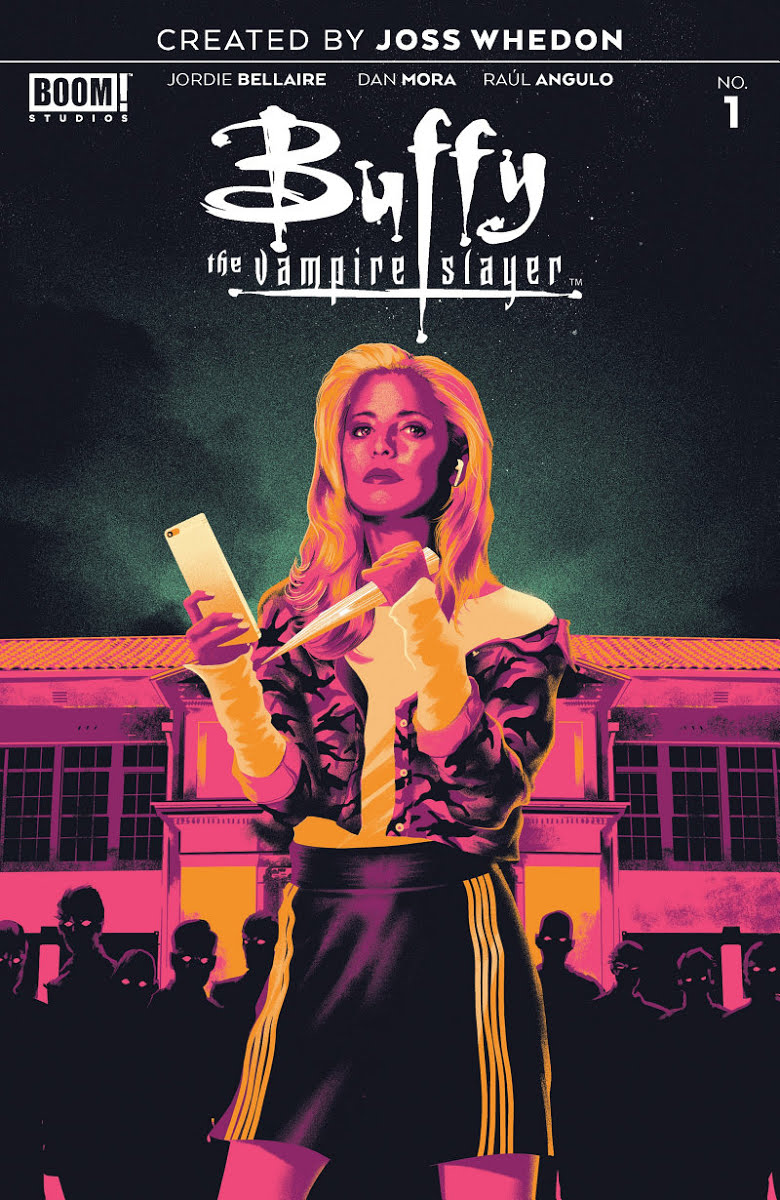 After years of Buffy comics at Dark Horse serving as new seasons of the iconic show, Boom! Studios has come out to play with an origin story for the Scooby Gang and Buffy’s days at Sunnydale High. Buffy spends her days at Sunny Dale High, and her nights working at a fast food restaurant called Tunaverse. On late nights, though, she slays vampires and other unholy creatures of the night.

If you don’t know the premise of Buffy the Vampire Slayer, a slayer is ordained with supernatural strength, speed, and endurance in order to defeat the forces of hell and evil. Buffy is one such slayer. She slays under the tutelage of her “watcher”, aka coach, Giles. He poses as the school librarian. 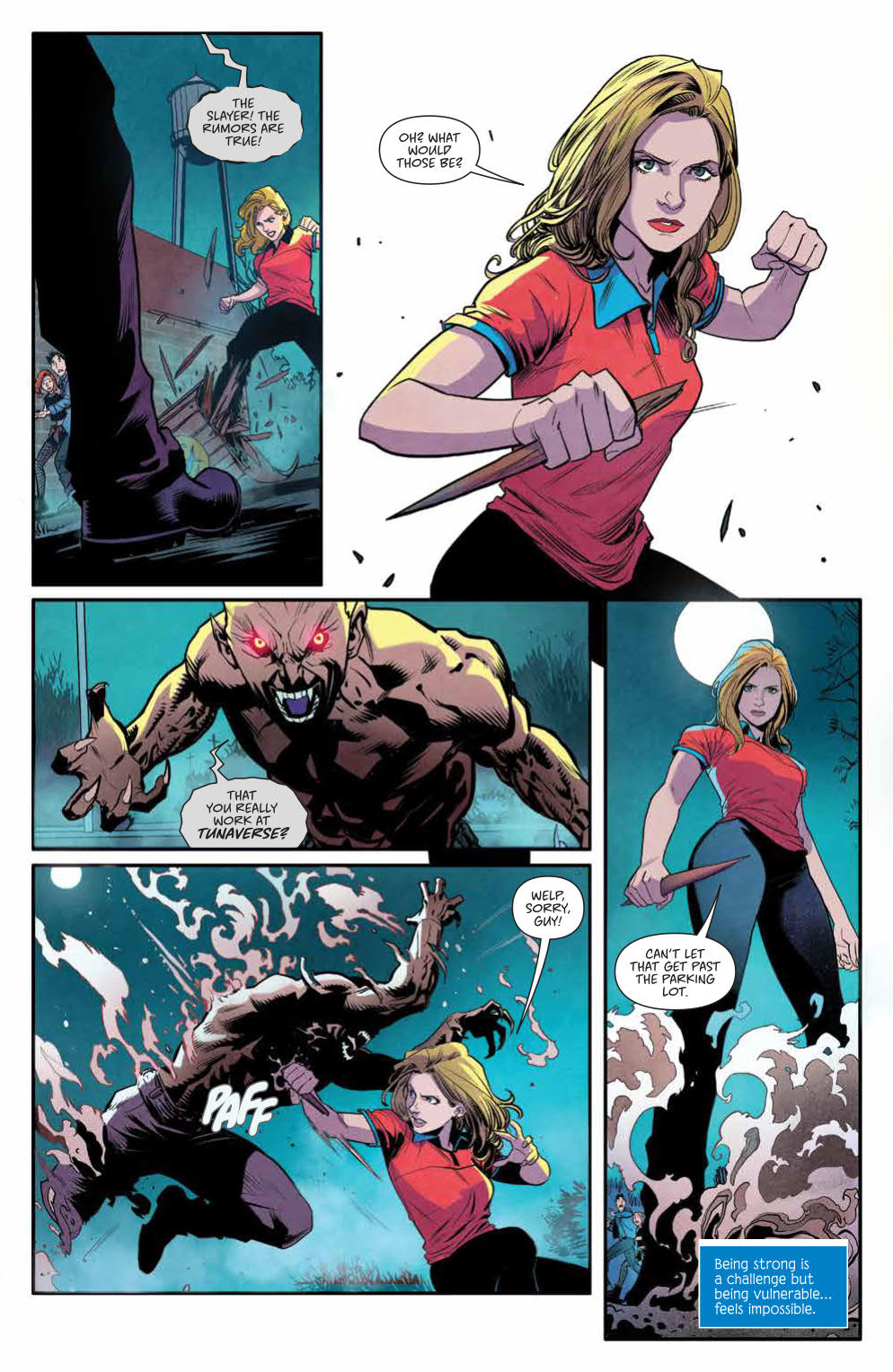 The various aspects of her life blur when two teenagers are attacked in the Tunaverse parking lot by a thirsty vampire. Buffy appears, and she does the monster in. Problem is, now two teenagers know the Tunaverse girl poofed an ugly dude into dust. Their names? Why Xander and Willow, future core Scooby Gang members. They later spot Buffy at school, and they follow her into the library. Fans of the show can guess what they find.

The comic succeeds at being both friendly to readers unfamiliar to the show or fuzzy on the details and full of references and details for the hard core fans. Jordie magnificently ties a string through all the characters in the gang, and even allows for a couple appearances by a later member of the group. The book excels at bringing Buffy back from the dead. Jordie clearly loves the show (her cat is named Buffy), and she uses her Redlands experience to write a spooky, fun tale of the evil supernatural. Warning though, the comic seems to retcon a bit, especially with Willow’s early sexuality. Hardly a deal breaker, but if you are a stickler for those details, you might feel like you got staked in the heart.

The pages, illustrated by Dan Mora, perfectly merge the Buffy TV Show and the Boom! Studios house style. Some of the panels feel lifted right from the TV show, the opening shot of Buffy at Tunaverse in particular. The colors by Raul Angulo remind the reader with every page that they are reading a Boom! book. This comic sports more purples and pinks than you expect in a Buffy comic. Angulo manages to keep the Buffyverse feeling through it all, though, and the combined art team creates a unique visual treat.

Verdict: Buy! This comic serves up some good old monster killing fun, full of jokes, angst, and intrigue. Jordie and the team clearly love Buffy, and that love has led them to create a perfect prologue to the iconic TV show.