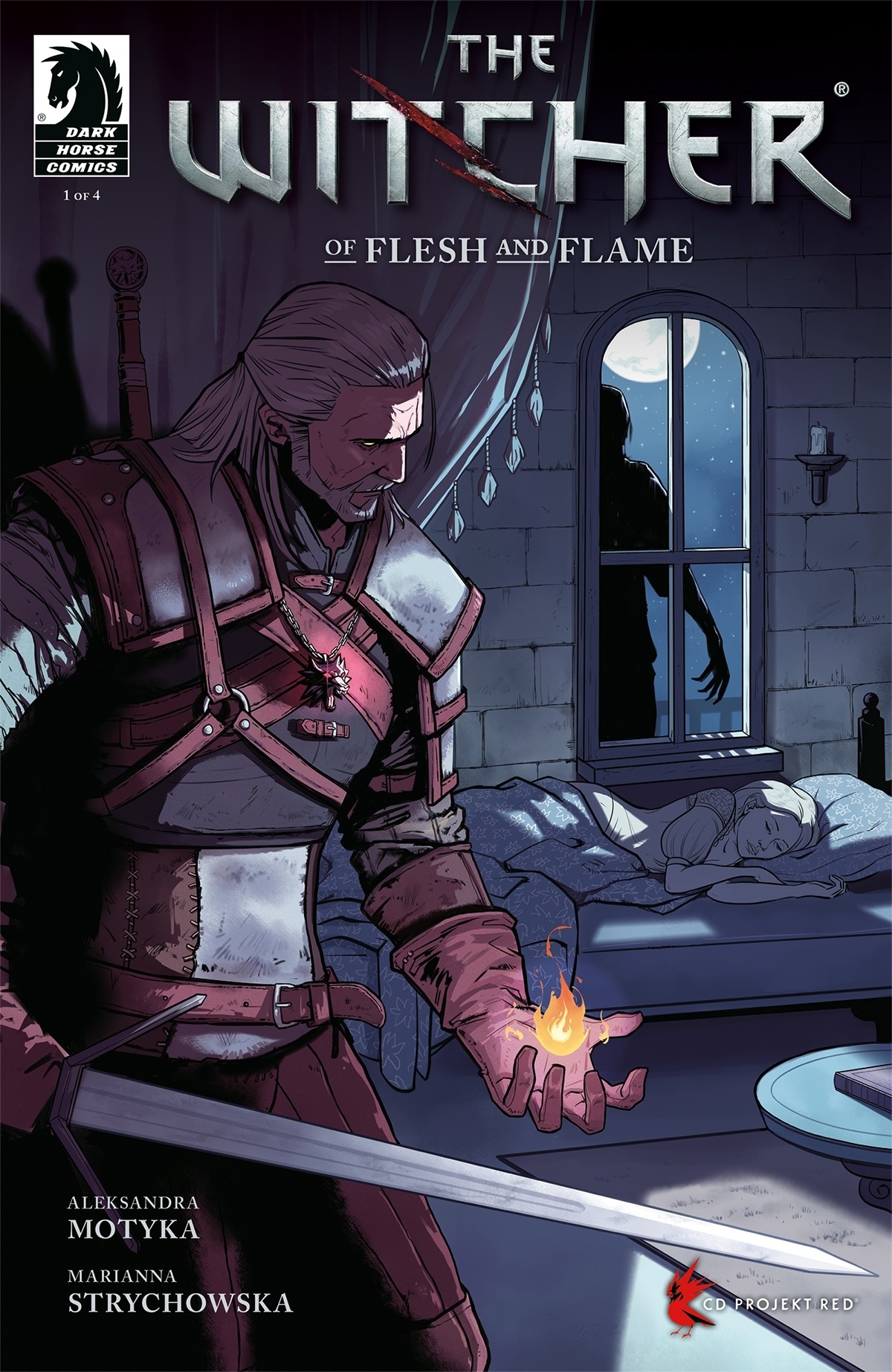 The Witcher returns to the Dark Horse comic book shelves on the heels of the Netflix TV Show announcement. The writer for this comic, Aleksandra Motyka, also helped pen the script for the third Witcher Game. The idea of having a game writer write the comic is a nice way to keep the tone and continuity of the hit game series.

For those not familiar with the video game series, The Witcher follows Geralt of Rivia, a witcher. Witchers hunt monsters with magical powers. The game sports a complex moral ambiguity, which allows for the player to experience many different story options depending on their decisions. The consequences of the player’s actions  appear hours later sometimes.

In this story, Geralt is hired in a tavern to investigate who deflowers the daughter of a friend. The guards outside the door report no one entering or exiting the chambers, and the maiden sleeps in a high tavern. Not an easy catch. Geralt waits in the chamber. He finds the suitor to be a familiar face.

The book does little to establish the action of the game. If you aren’t familiar with The Witcher franchise, you won’t get much from this book. I never played the games. I invested little in the book or its story. No real tension grows. Slight adult humor occurs. Rather than offer the uninitiated reader a reason to play the games, the reader scratches their head at the final page. Because I love monster hunting, I read this issue. Instead of action, the writer served up plot set ups. The whole issue acted as a vehicle for the next issue without giving the reader any thing more. Maybe an experienced The Witcher fan will love this book and its references, but the rest of us won’t get our money’s worth.

The art works. Most noteworthy, it fits the game well. I hate it when the art of a comic clashes with the tone and style of the source material. Comics and video games rely heavily on visuals. Consequently, the art shares even more of the responsibility than the story for bridging the medium divide.

Verdict: Pass. I wanted to like this comic, but I couldn’t find anything to latch onto. While the comic might get better as the writer gets more time to tell their story, I can only judge whats in front of me.