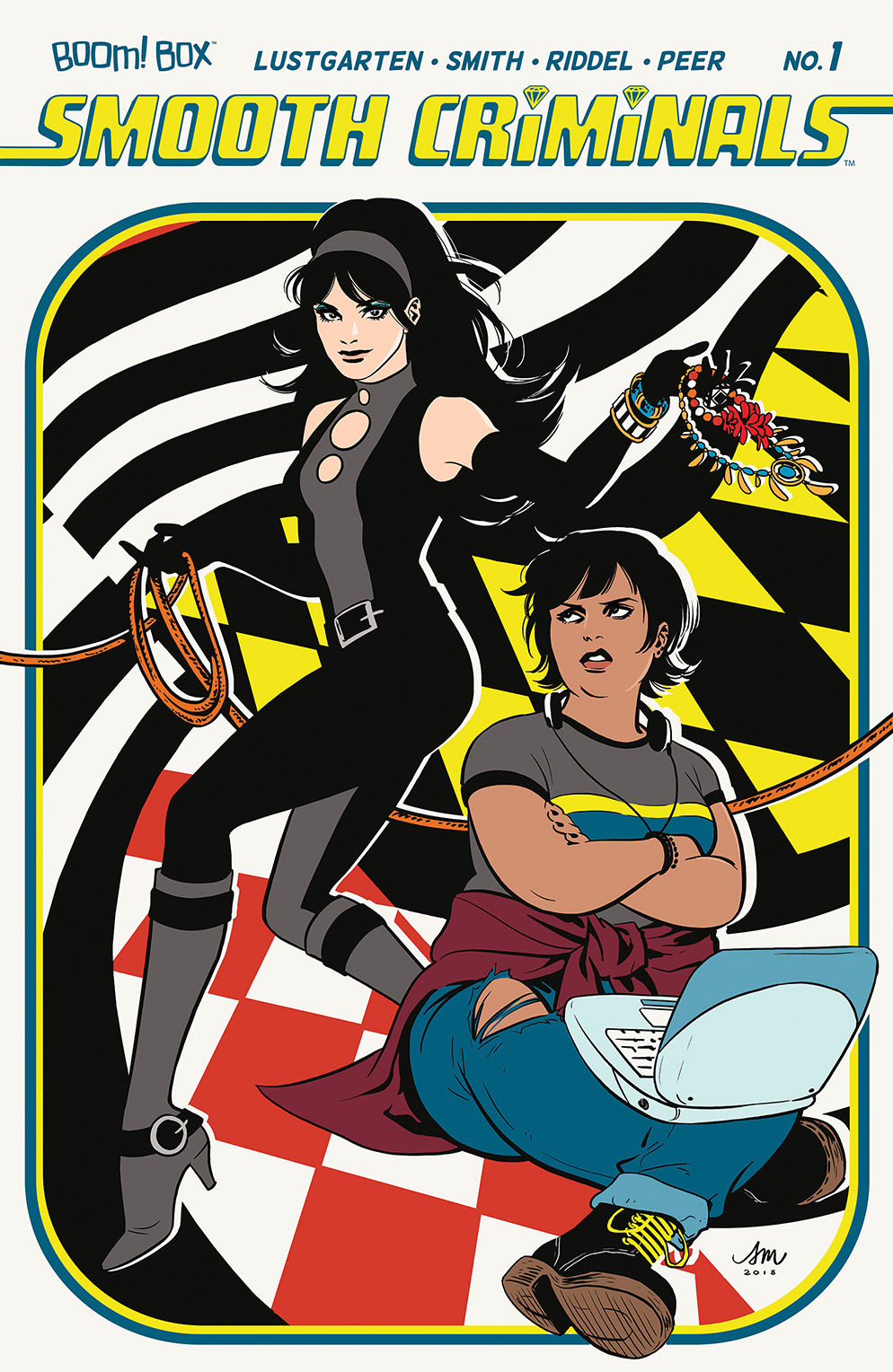 Created and Written by Kurt Lustgarten and Kirsten ‘Kiwi’ Smith

You’ve been hit by, you’ve been struck by…a comic called Smooth Criminals. No, it has nothing to do with Michael Jackson. Instead, it revolves around a hacker named Brenda, who in the year 1999, discovers a strange object in a computer storage area. Among the Commodores and Macintoshes, Brenda finds a cryogenic chamber circa 1969. She opens it up with her laptop by hacking into it, and out stumbles a diamond thief, Mia Corsair. The thief runs off, and Brenda uses her hacking skills to guide her to an empty Chinese restaurant where Brenda waits. They both opdiscover Mia has been gone for thirty years, so they agree to work together in order to find out what happened. 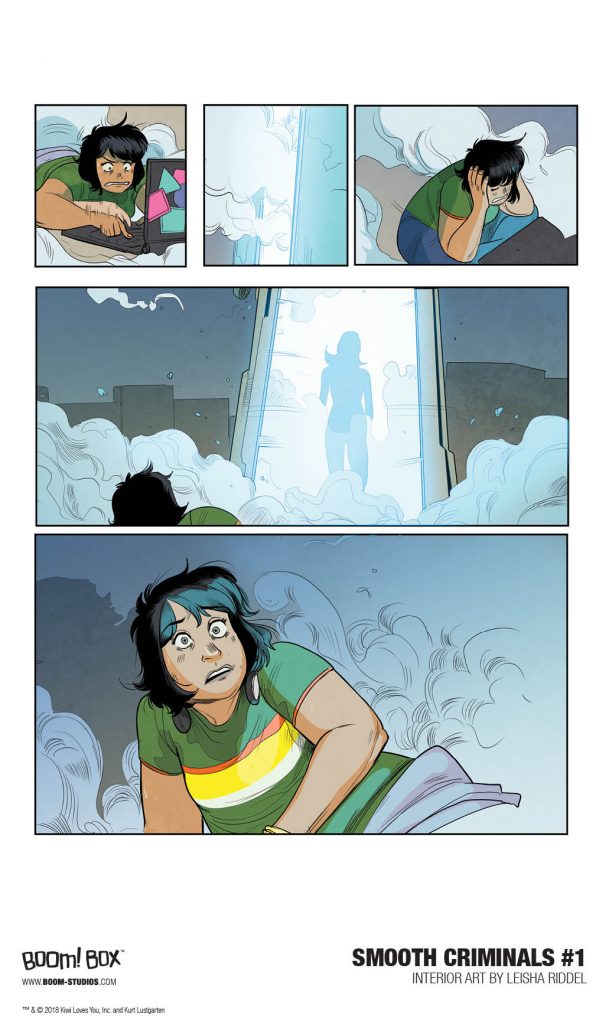 The writing of the comic is pretty straightforward. Brenda plays the lonely hacker, dreaming of power. Mia plays the super-criminal diamond thief, a woman of few words and perfect acrobatics. Brenda, frankly, gives the reader little reason to like her. She is almost pitiful, but she doesn’t give the reader any reason to see her as more than a potential super villain. Mia serves as a stereotypical 1960’s femme fatale. The rest of the characters appear briefly to push the plot then vanish from memory.

In contrast, the art performs at a higher level. Clean and crisp, it shows everything going on with few errors. The colors bring a healthy dose of life to the comic.

The comic, though, never rises above the status of forgettable. Once I finished reading it, I had to look at it again to say anything about it. I didn’t laugh, cry, feel inspired, or scared. I read it, I know it happened, but it left no impression. As a result, I can’t recommend it.

Verdict: Pass. I hate giving out the grade, and the comic’s premise might deliver later on, but I can only judge what is in front of me. It wasn’t a bad book. It just wasn’t a good one either.