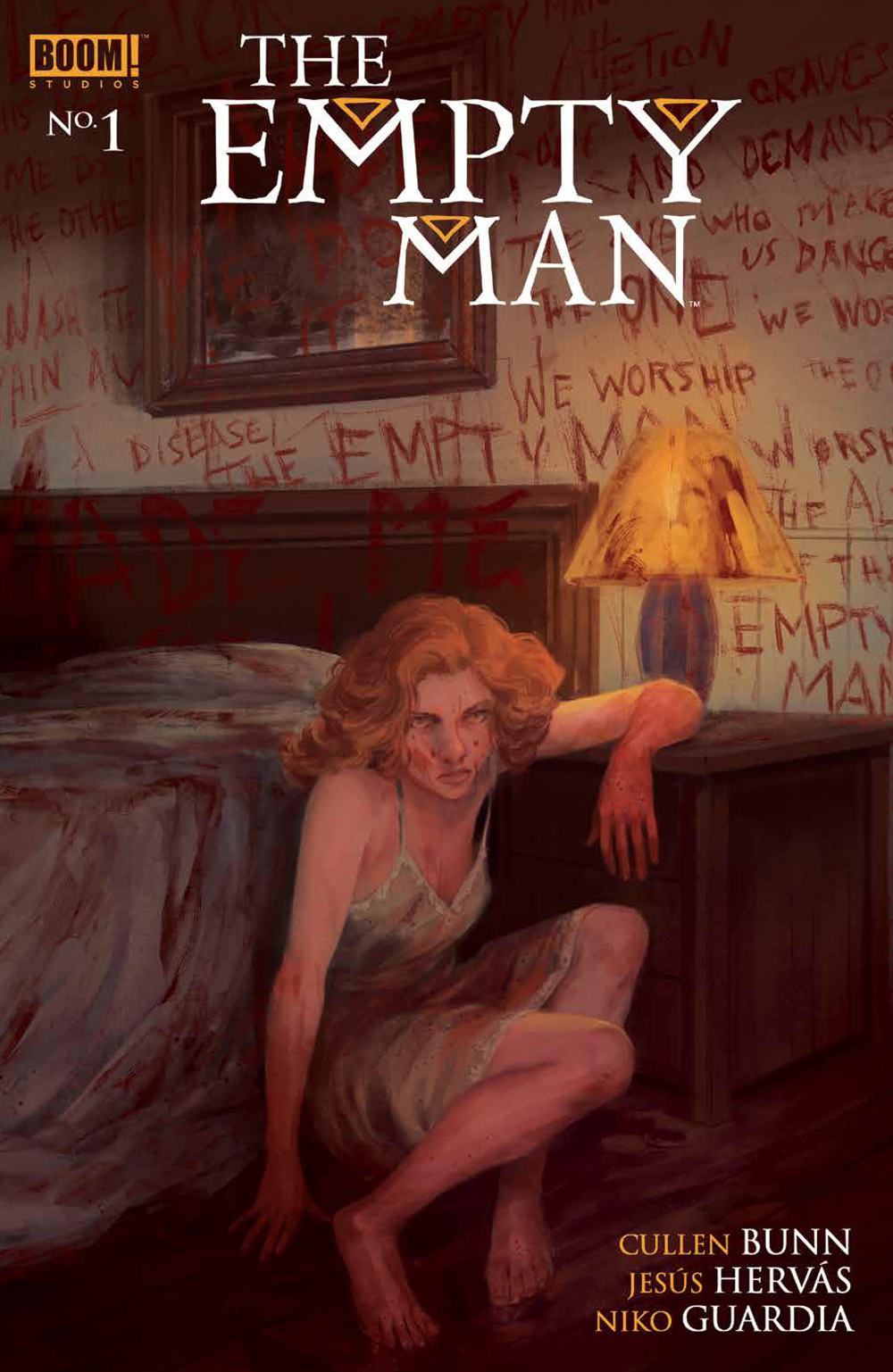 With a movie tentatively in production at 20th Century Fox (who knows with all this merger stuff what will stick), The Empty Man returns from its hiatus to terrify readers once again. The Empty Man takes place in a world where a mysterious disease infects the populace. People begin hallucinating The Empty Man in the first phase, accompanied with other very violent visions. Bodies losing their skin and other such things. The patient then goes comatose. If they wake from the catatonic state, they attack everyone around them and themselves like murderous, mindless monsters. The government attempts to quarantine the infected. Also, cults pop up worshiping the Empty Man.

This series picks up with a family where the mom begins presenting symptoms of the condition. She sees things that aren’t there, and she goes into homicidal fits of rage. The husband, of course, locks her up. The daughter tries to hide whats going on, but she isn’t doing a great job. The schools look for any signs of the infection in a student of their home life. Then visitors knock on the door. 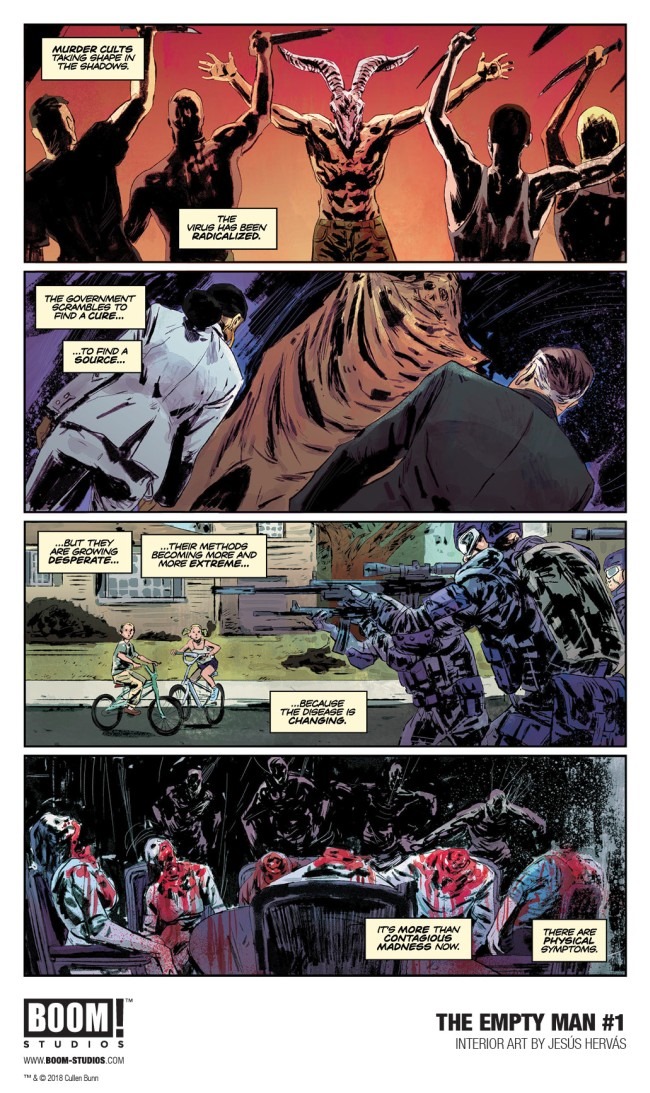 Cullen Bunn knows what he is doing. How he balances so many comics, especially horror comics, and keeps them at such a high caliber is beyond me. His horror skill is on full display here. The story sports so many layers, that it doesn’t slow down or dull. There may only be three main characters, but Bunn gives them each enough drama to keep the story tight. By the end of the issue, it felt like the story was just getting started. While Bunn does take the time to inform or remind the reader of The Empty Man world, he does it in pieces so it never feels like a slog.

The artist, Jesús Hervás, fits the tone of the comic well. Creepy, gory, and full of haunting images. There are a few panels not suitable for work, and not what you want to see before you go to sleep. Niko Guardia colors the comic well. The blood looks so good, and it stands out on the page.

While this comic is good, its not as great as the previous run. At least not yet. Its only one issue in.

Verdict: Buy! Cullen Bunn returning to The Empty Man is a gift to the horror comics genre. The world is rich with potential, and it can create a plethora of horrifying images. I can’t wait to see where this series goes next.