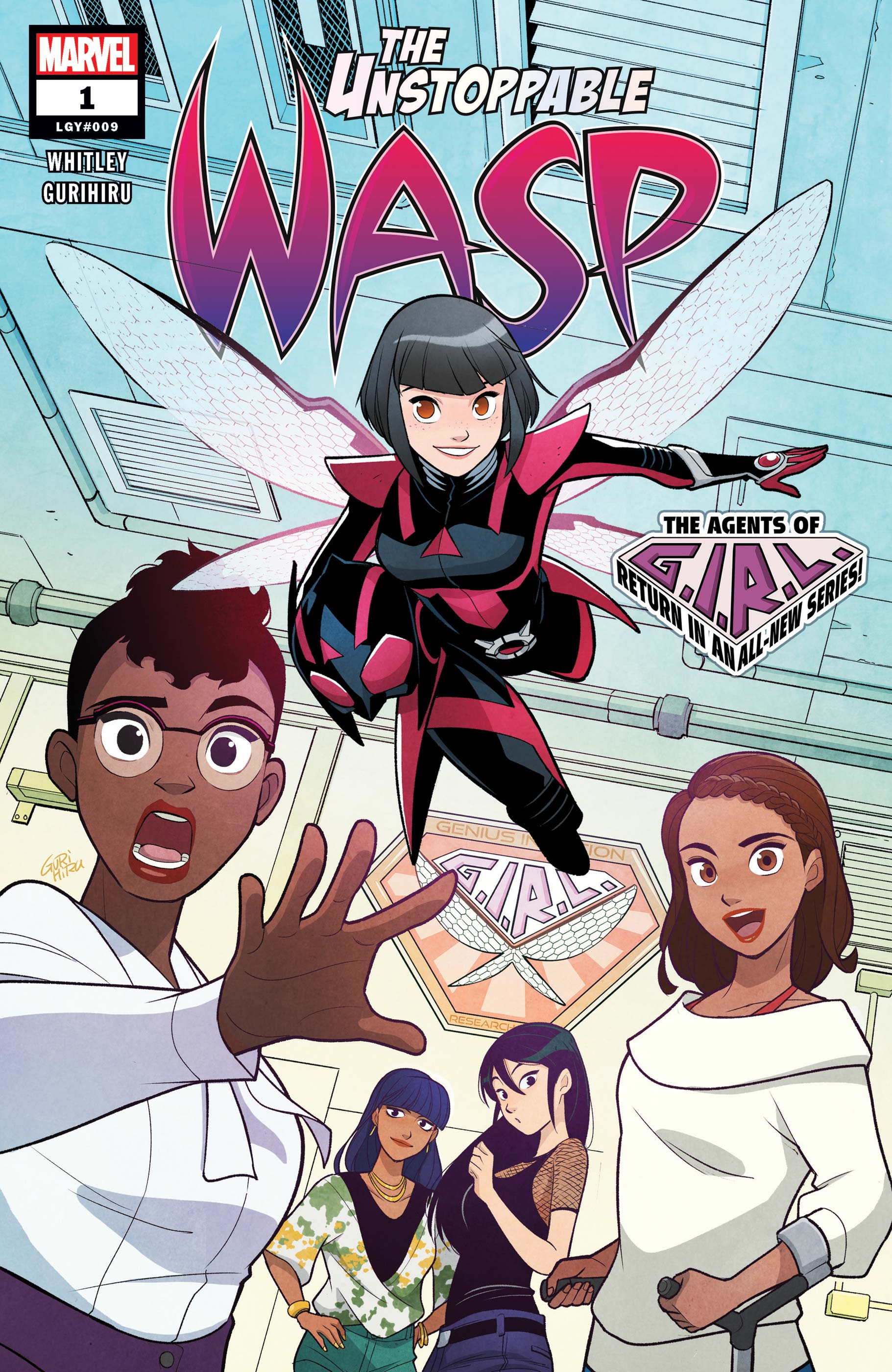 Art and Cover by Gurihiru

Whitley! Whitley has brought back the Unstoppable Wasp for more all ages high jinks and girl power! Grown men can enjoy the comics too, of course. After an unwelcome hiatus, Nadia Pym, daughter of troubled avenger Hank Pym, has returned with her series. She fought with the Avengers and the Champions. She also runs the Genius In action Research Labs (G.I.R.L). G.I.R.L consists of four inventors: Taina, Priya, Lashay, and Ying. Taina works as the team mechanic and grump. Priya rocks Biology and Fashion. Ying escaped the same organization, Red Room, as Nadia and Black Widow. Shay is a world class physicist and hopelessly infatuated with Ying. The team serves as the technological squad for the Wasp. They each drive their own drone into battle, completing their own assignments, like shooting henchmen in the butt with tranquilizers.

The story picks up after the previous series, some indefinite amount of time later. It builds off its predecessor, but the story stands alone well. “Nadia’s Neat Science Facts” inform without boring the reader. The facts are easy to understand, but they are not dumbed down for little kids. Kids old enough to read should be able to follow the facts. Unstoppable Wasp is known for ending its issue by talking about women working in Science, Technology, Engineering, and Mathematics. This time, the issue interviews a 14 year old named Julie. She stars in three science shows on Youtube, and has accomplished more than I have with my twice as many years. Choosing her was a wonderful idea for the comic. She serves as another awesome avenue for kids into science.

Whitley once again delivers another comic full of spunk and fun. The banter entertained, and the action was engaging. All of the characters sport their own personalities. Even the most underappreciated avenger, Jarvis, returns to teach Nadia how to drive. The art by Gurihiru pops with vibrant colors and cool designs. The letters by Joe Caramanga suit the tone of the comic perfectly.

Verdict: Buy! This comic was the best thing I read this week, maybe this month. Whitley is doing even better than last time, and this series is top shelf quality. Buy it, read it, and when you finish it, give it to someone else. This comic is the perfect gift for boys and girls of all ages.