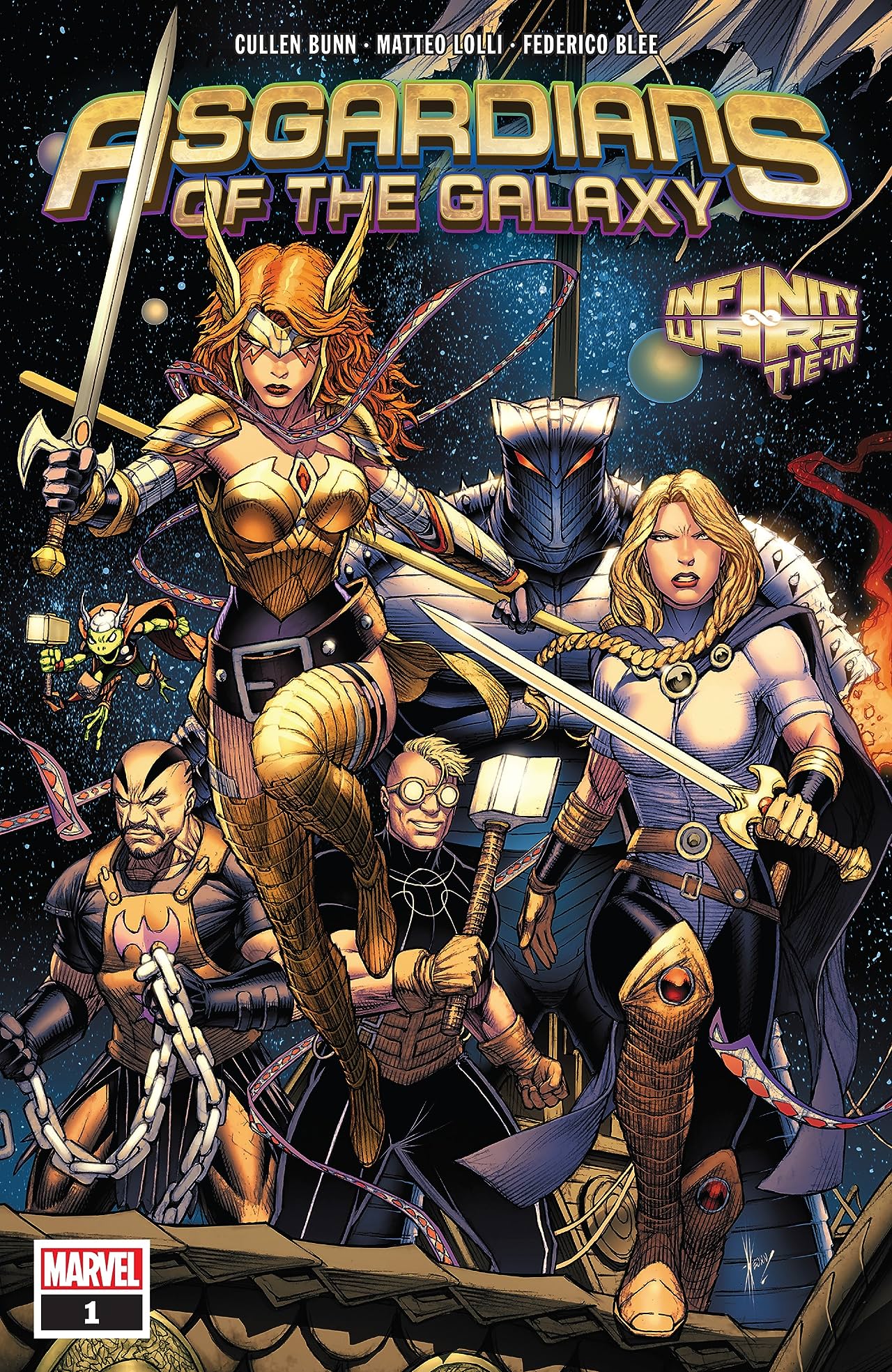 The Guardians of the Galaxy are gone! Long live the Asgardians of the Galaxy! Obviously, the Guardians aren’t actually gone, but considering the events in Infinity Wars, they aren’t exactly copacetic. (No spoilers if you managed to avoid the news) This book ties directly into Infinity Wars, knitting an epic tale out of one of the event’s story threads. Furthermore, it picks up characters and ideas from the MCU.

The Asgardians of the Galaxy team consists of unused Asgardian and Asgardian adjacent characters. First of all, Angela, the long lost sister of Thor who lives her life by a strict code of quid pro quo, runs the team. Brunhilde, aka Valkyrie, lead the fearless Defenders, smites trolls, and prison breaks friends out of Hel. Another, Annabelle Riggs, one of said freed friends, works as an accomplished archaeologist and shares a body with Valkyrie. (They take turns existing on our plane). The Destroyer, a suit of immense power, worn by an unknown character. Skurge, the Executioner, likes executing things, these days mostly for good. Thunderstrike, human name Kevin, wields a mace given to his father by Odin. Lastly, Throg, pet avenger, yields a tiny MJOLNIR created from a chip of the original hammer. Sorry for the long list, but the team is one giant deep cut out of Marvel Continuity. The team come together, because the Infinity Wars inspired a new player to go big with an Asgardian weapon. The team needs to stop them. The exact motives of all the members isn’t clear yet, but they all love the fight. The characters, and similiarly the writer Cullen Bunn, love smiting trolls. The back matter reveals Bunn pitched the idea for the team  a few years ago, and Marvel had him wait for the right moment, aka Infinity Wars. This comic ties with West Coast Avengers for most fun I have had with a #1. I feel spoiled, honestly.

Even more, the art matches the epic scale. I love the lines, the colors, the letters. All of it. BA rock music plays in my head with every panel. While I wasn’t familiar with the names Lolli and Blee going into this issue, but I am definitely looking for their names on other comics from now on.

Verdict: Buy! Like right this second! It was epic and fun and a terrific escape from the ubiquitous obligatory feeling of other event comics. I want this book to go on for a long time. Bunn and his team blew me away like a thunderstorm.