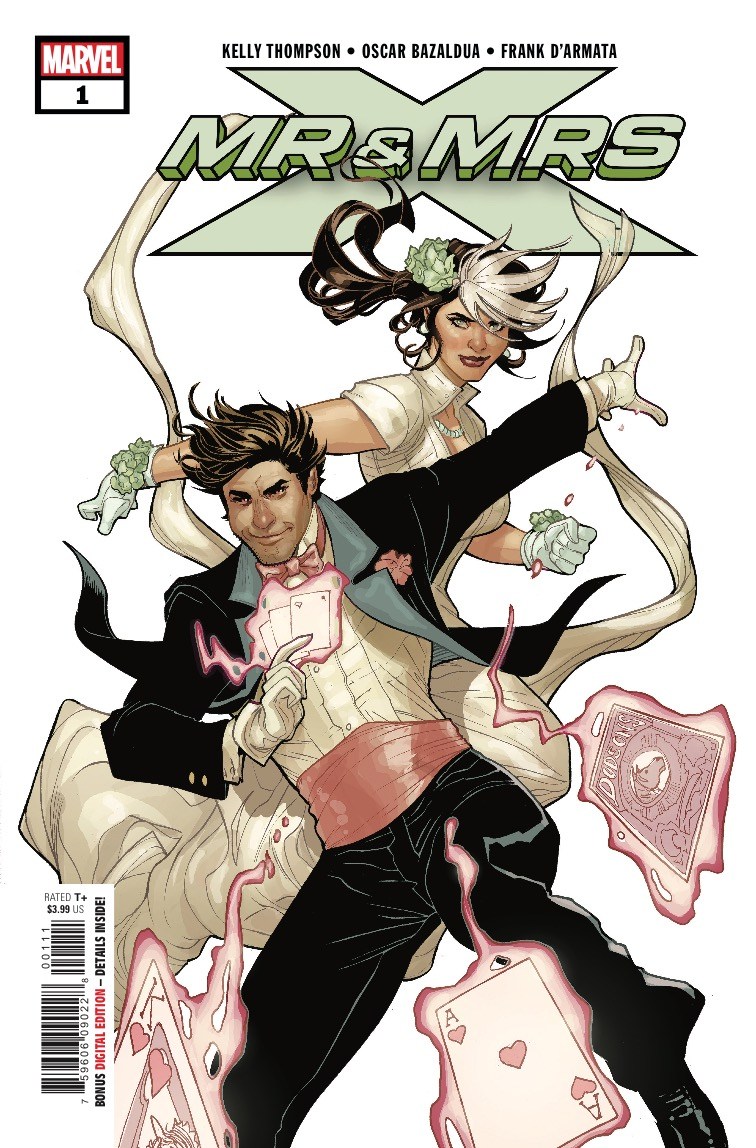 So, Rogue and Gambit tied the knot. 90’s you is overjoyed, I am sure. While it wasn’t the wedding Marvel promised, for some, it was even better. And hey, at least they delivered one. (Looking at you, DC) This issue handles the wedding and the honeymoon of the Southern belles. The wedding gushes cheer, joy, and a teeny bit too much happiness for the couple.

This comment sounds rude, I know, but a character who often tries to kill the two shows up, and its all hugs, and it did not jive with me at all. It was too sweet of a moment after decades of brainwashing and murder attempts. Everyone was pretty gushy. Including Magik, who I feel should probably be seeming a little guilty about ruining the other wedding, but whatever.

The wedding runs smoothly, and everyone fawns over the happy couple. The story jumps ahead to the honeymoon, which of course, gets interrupted by a mission. It sucks to be an X-man. They never get any vacations.

I know it sounds like I hated the issue, but I actually enjoyed it. I groan of this and that, but the story was solid. It was full of humor and happiness, which is always in the X-comics, even if its a little hidden. The story felt a little like a filler at first, but when we reach the honeymoon, you get an idea of where this is going.

One of the last men Rogue kissed shows up at the end to save the day and proposition her. I mean, its been a while since they kissed, but hey, she doesn’t date much. She’s a killer kisser.

The art by Bazaldua feels like an X-book but much cuter. All the women in this issue are cute as a button. I think its the noses. My one critique is everyone looks like they could be related. I do love the dresses and suits, though. The colors are bright and very pink. I am sure the team designed all these details just for the wedding issue, so honestly, I don’t hold it against them.

Verdict: Buy! I enjoyed this happy romp. It was a nice escape from the looming Infinity Wars and  Extermination. The team here made a beautiful entry into comic book canon.