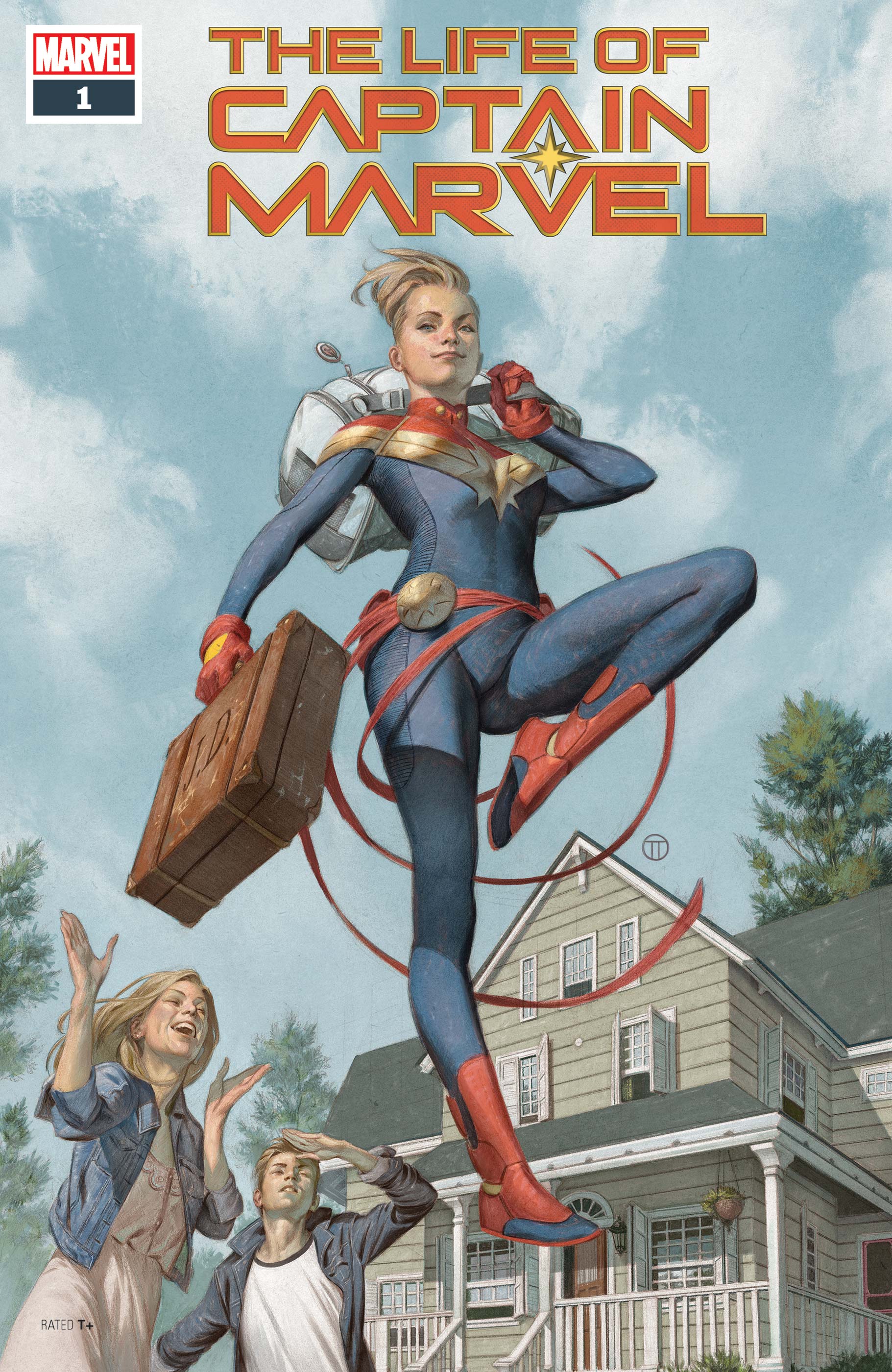 The great Margaret Stohl and the mainline Captain Marvel series have taken a hiatus, and instead, we get a mini-series starring everyone’s favorite cosmic butt-kicker. The Life of Captain Marvel digs deep into the past and psyche of Captain Mavel aka Carol Danvers, including the reasons she drank. During a battle with Tanalth and Moonstone (who took her identity during the event Dark Reign), Captain Marvel flashes back to her life summering in Maine and the abuse her dad doled out. She loses her cool and smashes the heck out of her foes before being pulled off of Moonstone and hyperventilating.

Carol Danvers decides to head back to Harpswell Sound: Summer Home of Captain Marvel! Or so the sign says. Honestly, she avoids the place. Ma Danvers is there to greet her happily, though her brother is less thrilled with her return. From there, you get a good old fashioned you can’t go back home story, full of tragedy and guilt. Also a little of Chew, if you miss the cat.

Margaret Stohl understands Carol as well as anybody alive, and she writes the character with all her warts, knowing we love her for her flaws as much as her strengths. The story feels organic, and more like a novel than a standard comic. The family drama is familiar but intriguing. I have always been fascinated by what makes Captain Marvel tick, especially when her alcoholism and pain are explored. The story takes a turn towards the end, so that it still holds aspects of Captain Marvel, and is not just Carol Danvers.

The art is phenomenal. The team is extensive, with four different artists working various aspects of the comic. Pachelo, Fonteriz, and Menyz beautifully create the present day. I loved everything about the art. Marguerite Sauvage expertly creates Norman Rockwell style scenes in the flashbacks. Even the lettering soars, because hey, its Cowles. The covers, I’m sure, will be available for posters soon. They deserve it.