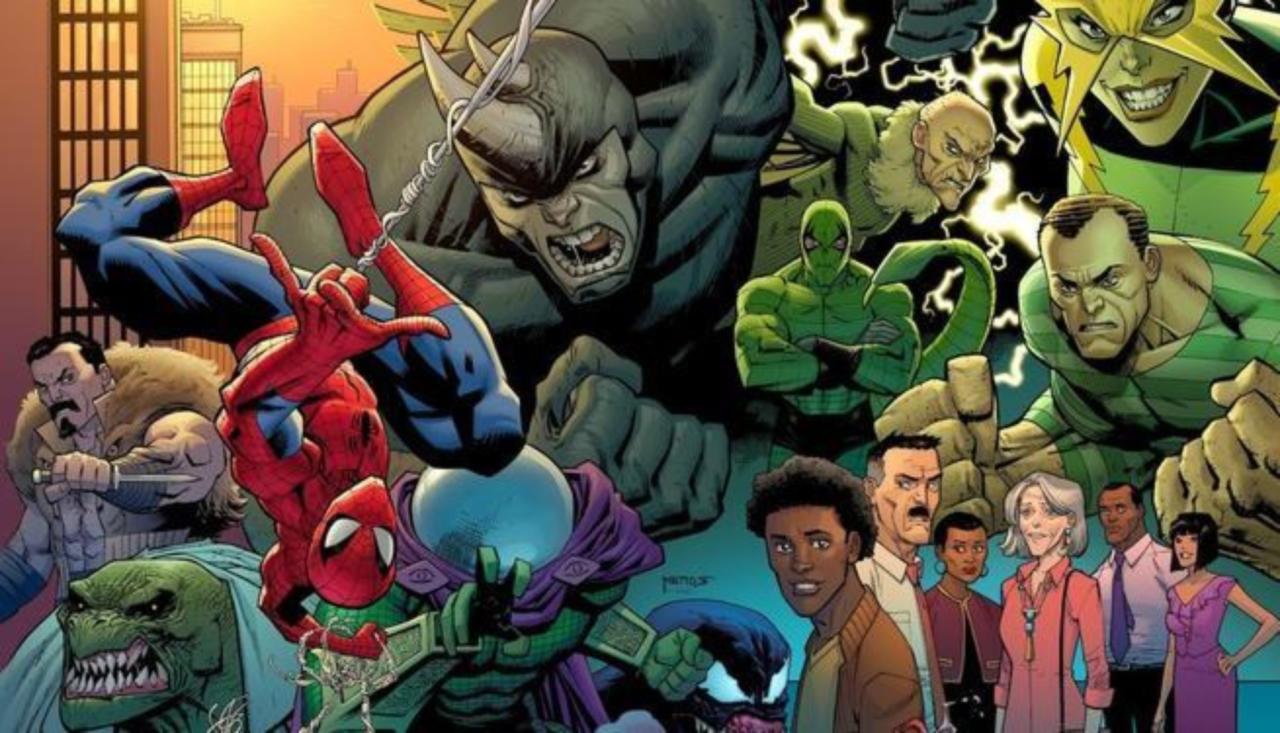 For the first time in about a decade, The Amazing Spider-man is on the shelf, and it’s not written by Dan Slott. This can be scary. I went into this comic with a lot of hope and hesitation. Dan Slott’s run will be remembered in comics for as long as Spider-man is mentioned. (So forever) The comic changed a lot of things, then unchanged them, then went another direction.

If you didn’t keep up with the last couple of arcs, here is where Spider-Man is: He is the science editor at the Daily Bugle, after he was forced to crash his billion dollar company’s major products to stop a virus from destroying humanity. He is broken up with Mockingbird, and he now lives with a couple roommates, one of whom is the villain Boomerang. (He’s doing so to keep his eyes on him.) His life is going well, overall, though. Parker Luck says that has to change, though.

I won’t give away much in case you managed to not be spoiled. There are four classic Spider-man villains in this comic, and a brand new one who is majorly gross. Old friends from the past return. The most interesting things are the way Spencer deviates from Slott’s run. They all feel like natural evolutions, so the comic doesn’t feel like a hard turn from the previous issues.  This comic truly feels like the spiritual child of Brand New Day and Big Time.

Nick Spencer nailed it. Any readers who read Secret Empire and didn’t like it, and skipped Superior Foes of Spider-man can’t be blamed. It’s a massive privilege and responsibility to pen the spider, but Spencer is a pro. I was wary of some of the changes to the personal life of Spider-man at first, but by the end of the issue, I was committed. I left the comic hungrier for the next one in a way I haven’t been in years. The voice of Spider-man and Peter Parker sang pitch perfect. The story sets up several subplots, affecting several facets of his life in exciting ways. One even lets us enjoy a setting I hadn’t realized we missed.

Ottley draws a hundred characters in this comic. They all look exactly like they should but still unique. Rathburn’s inking makes the lines pop. Martin’s colors craft the perfect Spider-man world.

Verdict:BUY! I don’t have a single criticism of this book. My fears have been proven misplaced. I am in love.