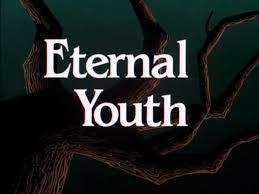 Synopsis: [From IMDB see: here]  A health resort, reputed to able to restore one’s youth, has a horrific price Batman must cancel.

Following her debut in the episode Pretty Poison, it’s easy to forget that Eternal Youth stands as only the second appearance of Poison Ivy within Batman The Animated series. For a character that appears as such a popular figure within the series’s makeup, you might be forgiven for thinking that Ivy has appeared in several more episodes prior to what constitutes as such a high-concept and somewhat flawed appearance here in Eternal Youth.

Within Eternal Youth, Batman investigates a Health spa, which appears linked to the disappearance of several business people across Gotham City. Having accidentally sent his faithful butler Alfred and his friend Maggie to the spa just days prior, he is soon shocked to discover that the spa is being run by Poison Ivy, who is using the centre to trap and punish industrialists for their perceived misdeeds against the natural world by turning them into strange tree people.

The episode’s plot therefore arguably appears reminiscent of many of the pulp EC Comics from the 1950s, a theme that has been particularly evident in such episodes as On Leather Wings and even Pretty Poison. Eternal Youth particularly draws upon these themes in the episodes dark and harrowing opening, where a woman is chased through a wood by an shadowy figure (who is obviously Poison Ivy) and sprayed with a gas before appearing to be frozen. It’s an atmospheric beginning, one that is rendered with beautifully painted backgrounds that really bring to life the Gothic overtones of the sequence.

Following this opening, the episode further draws upon such pulp, body horror imagery particularly when Ivy shows Batman her gallery of victims, which she has transformed using her Demetrite compound. Here, Batman is shown a group of grotesque, petrified and twisted tree statues, before eventually coming face to face with the petrified, terrifying images of both Alfred and Maggie as victims of Ivy’s scheme. It is a surprisingly effective image – one that again is beautifully painted by the animators.

Yet, while the pulp horror aesthetic works as a particular strength within the episode, the episode sadly lacks in several areas. While the plot is fairly basic and serviceable, the episode makes the bizarre decision to try and surprise the audience with the inclusion of Poison Ivy as the villain. Throughout the episode, although Ivy appears either in shadow or in disguise as the spa’s creator Dr Demeter, it is perfectly obvious to the majority of viewers that it is Poison Ivy who is responsible for the Spa. Not only this, when Ivy is finally revealed at the end, the episode tries to position it as a twist, something that doesn’t work with the majority of viewers. (Also: did I miss this, but how the heck did Ivy get the money to open up and market a huge health spa?)

Not only this, while the decision to focus on Alfred is somewhat good in that it allows the episode to really make use of the character’s stuffy, uptight manner for great comic effect, the overall script is somewhat corny. Instead of the tight, no-nonsense scripts of earlier episodes, Eternal Youth appears full of terrible puns and overblown dialogue that seems out of place within the rest of the series.  As such, at times the episode has at time more in common with the 1960s Batman than the Animated series, a point made particularly with the inclusion of Ivy’s henchwomen who offer a fun addition to the episode.

As such, the second appearance of Poison Ivy within the Batman: The Animated Series Universe sadly comes off as much weaker than that of her initial appearance, though that is not to say there are moments to be savored. The EC comics feel and many of the painted landscapes and backgrounds are both done exceptionally well, providing moments that shine within what might be summarised as a relatively mediocre and pedestrian episode of the series.