We kick things off (after a random chat about languages) with Matt declaring his rediscovered love after playing the PS4 version of Shadow of the Colossus, a love that’s shared it’s fair to say! Also on the cards are first impressions of Xbox’s latest exclusive, State of Decay 2, Destiny 2, Peggle (yes, Peggle!) and the lowdown on the big reveal of Battlefield V. All rounded off with a mini rant from Huw as a result of some of the reactions to BF V as well as discussing the upcoming slate for e3. 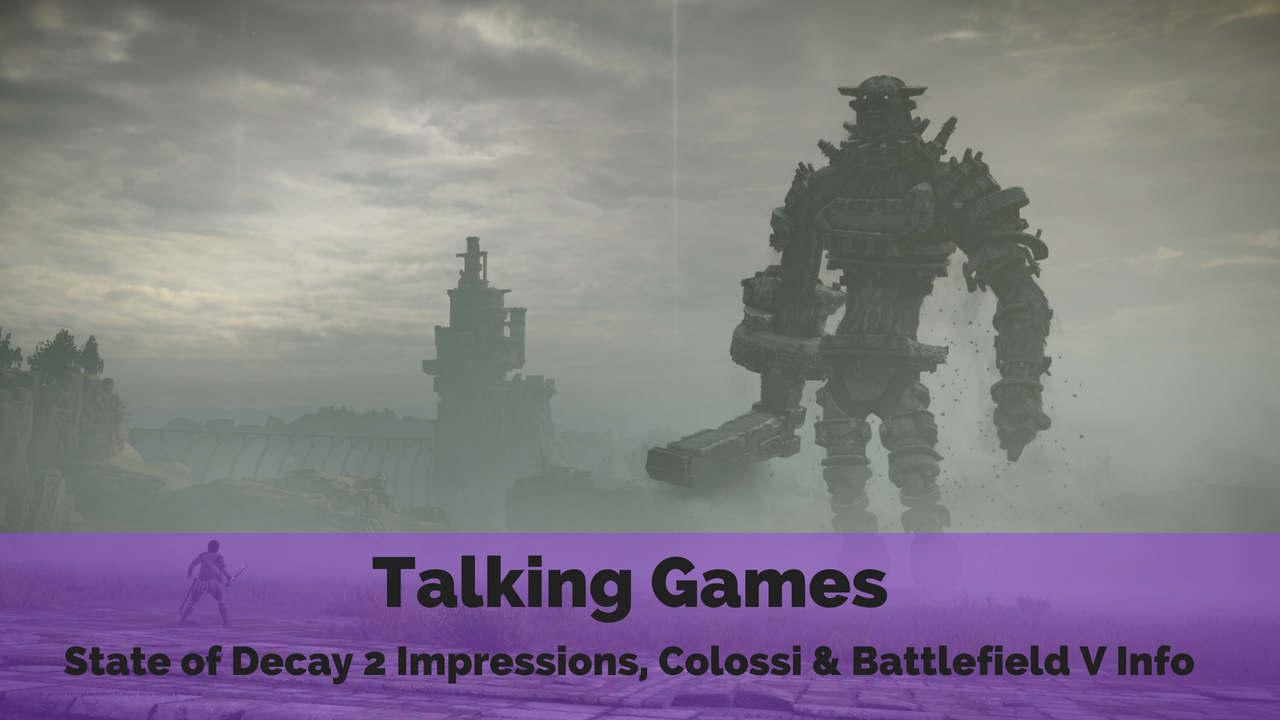 HUMBLE PARTNER LINKS: By making purchases via these links, you can help us with the cost of what we do as no extra expense to you and money goes to charity too. It’s WIN WIN!

Humble Monthly We get $10 for every new subscriber at no cost to you!

Please consider leaving us a review on iTunes, it is really helpful to us in reaching a wider audience, as well as boosting our already inflated egos.  We would like to say a big thank you to those of you who already have.  Also thank you to every person who has listened to our show, you are giving us a valid excuse to play and talk about video games, it is a passion we all share!