Well folks, I made it!  Last weekend saw the inaugural Portsmouth Comic Con, and I attended on both the Saturday and Sunday, to see what this new convention on the south coast of England had to offer… 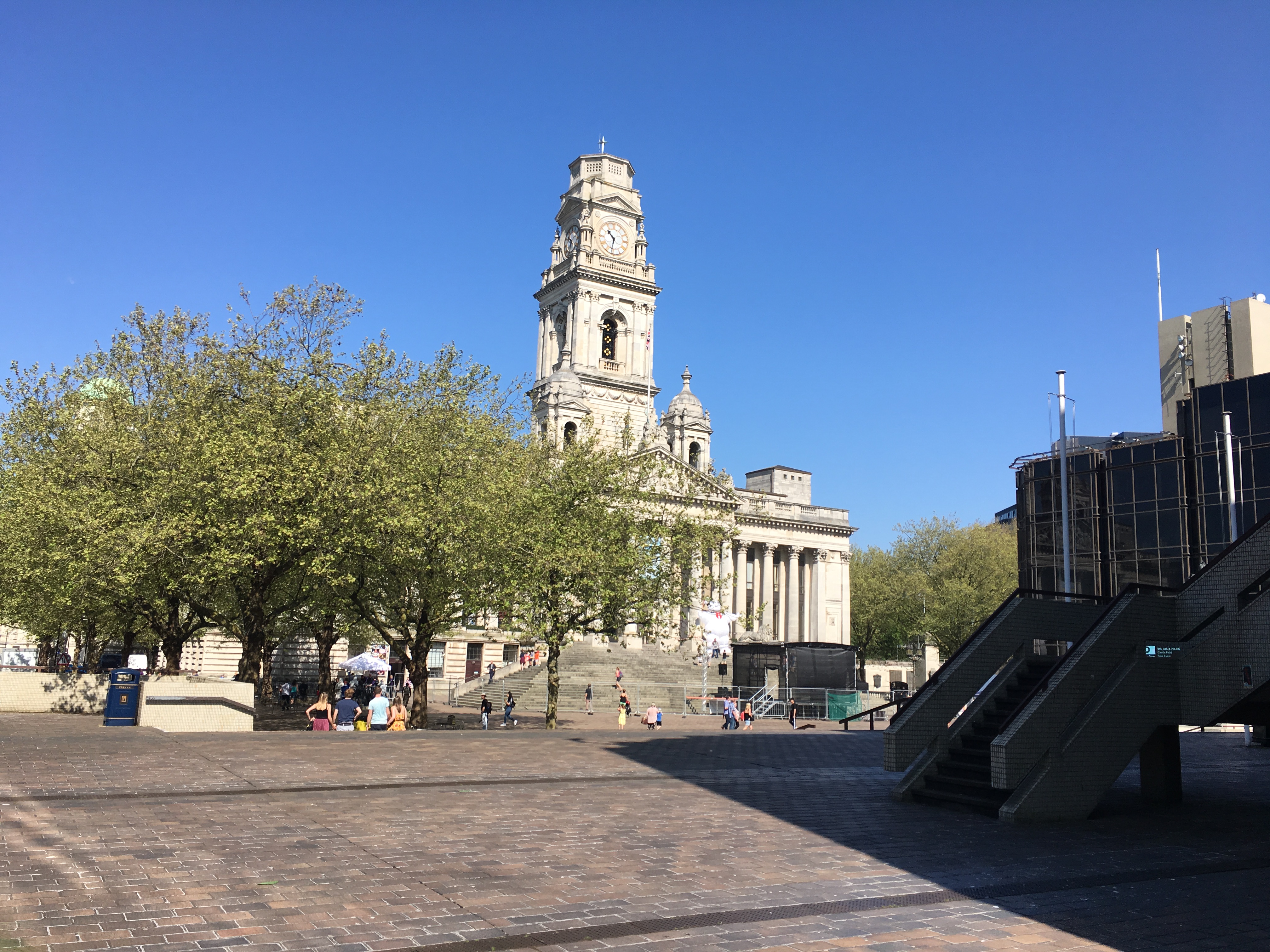 Saturday was insanely hot (for England at least), and after a visit to CGC Chichester – my friendly neighbourhood comic book store – to pick up some free comic book day treats and enter their charity raffle, I headed down the coast to see what was what at Portsmouth Comic Con. I also made the decision that cosplaying as Jessica Jones was a terrible idea (leather jacket + scarf + hot weather + busted air con in my car = melting Sarah) but still, I stuck it out for ten minutes at least after arriving!

Anyway, back to the nitty-gritty of the convention. Spread across three floors of the Portsmouth Guildhall, with four separate rooms dedicated to comics, there was plenty to keep me occupied. I started in the main (ie biggest) comics room, and quickly found the Artist Alley. It was situated on the stage of the venue, and featuring such talent as Walter Simonson, Frank Quitely and Rafael Alburquerque, but sadly given the usual function of the stage it was rather small, and the queue for both Walter and Louise Simonson took up a large proportion of the area. Luckily this was rectified the following day, when they moved the queue and freed up a lot of space for people to speak to creators, although this didn’t help the large number of disappointed wheelchair users, who had no chance of accessing this part of the venue. Hopefully this will be a lesson learnt for next year though, as it would have been much better to use one of the many other rooms as the Alley, and kept the stage for retailers or somesuch. Just my opinion though!

There were three smaller comics rooms, featuring independent publishers, writers, artists and retailers, which meant that there was plenty to see and do for comics fans, and between each of the rooms there were corridors featuring a Superman 80th Anniversary exhibition and a Stan Lee & Alex Ross exhibit. Given that these were advertised as major exclusives, it took me a few times walking around to realise that these were the actual exhibits as I was expecting something a but more, well, exhibited! It was lovely to see the progression of Supes art through the ages though, and I got a couple of future cosplay ideas from the displays, which can only be a good thing.

I will admit to being very confused by some of the locations of the guests, when creators such as Casper Wijngaard were situated in the general comics city and not in Artist Alley, as well as having not been announced as guests in the run up to the event! This might just be my own personal bias showing through though, as I am 100% in love with Angelic, which he produced the art for (did you think I’d make it through another column without some Si Spurrier fangirling? Really…?!), and there were a host of other great creators scattered around too, in a vaguely haphazard fashion. To be fair this did keep me visiting each of the different rooms though, so maybe there was a reason for it after all!

Venturing downstairs to the basement brought you to the Steampunk Deck, featuring tea duelling, an array of artwork and models, and the opportunity to try out some Steampunk accessories and clothing. There was a huge number of steampunk fanatics there throughout the weekend, all being very enthusiastic about their favourite pursuit! Lets be honest as well, if someone offers you a Steampunk-modded Nerf gun and a can alley to point it at, it would be rude to say no… 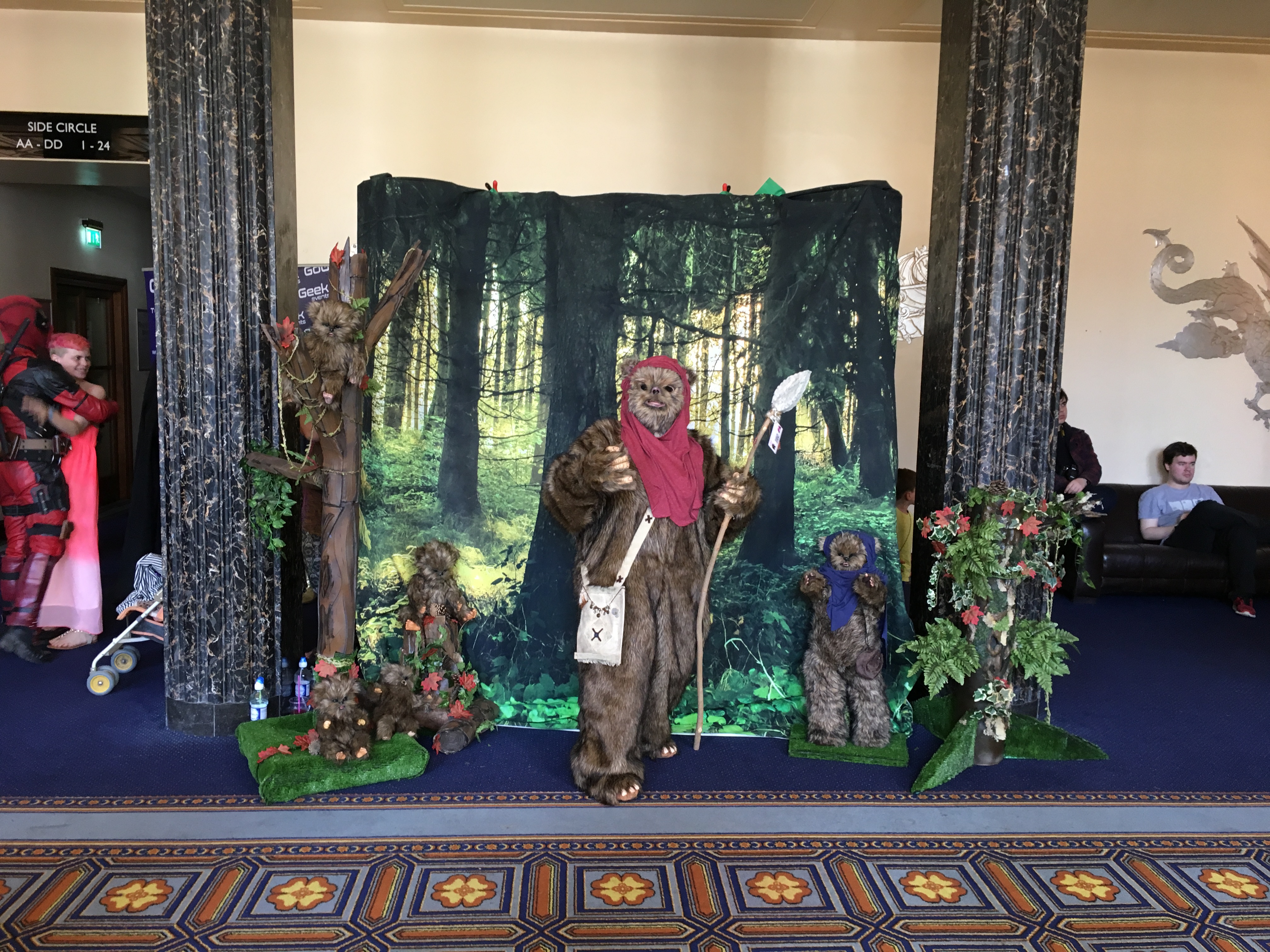 Heading back up to the first floor, there was a display of “Ghostbusters” and “Gremlins” movie props and memorabilia, the opportunity to have your photo taken with an actual genuine ewok (ewoks are real and I won’t hear otherwise), and a wonderful display of Dr. Who props and memorabilia, including the TARDIS, a pair of Cybermen, and several Daleks – one of whom had a little bit too much fun trying to run people over. Repeatedly. All weekend… These were popular areas over the course of the weekend, with plenty of people getting photos of props and cosplayers, as this was also the home of the professional cosplayers for the weekend, and the place to sign up for the cosplay competition. There was also a weekend long prop making “show”, which involved watching a Dr. Who monster being moulded out of clay ready for casting, and popping past every couple of hours to see the progress was a real buzz. 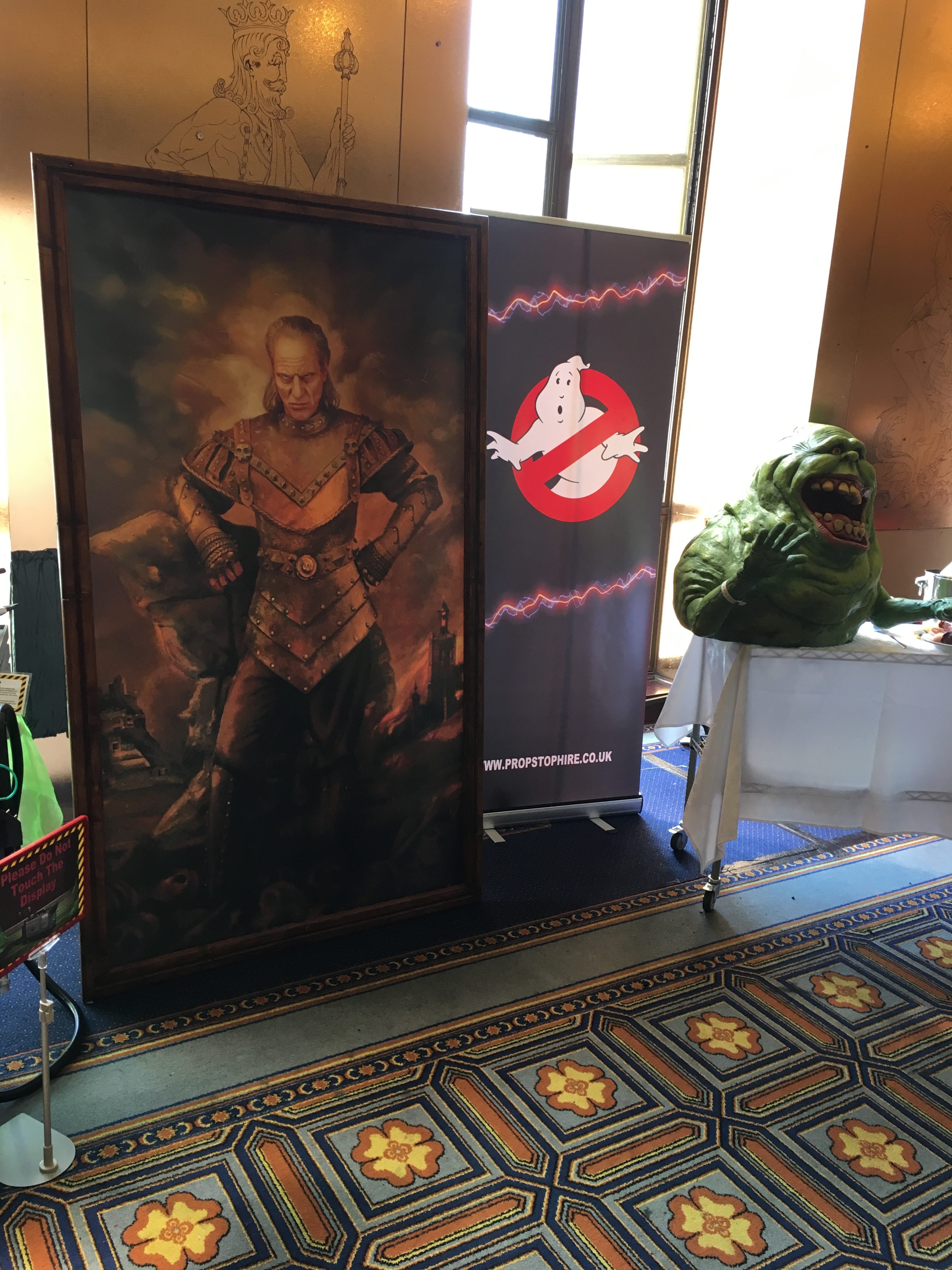 I will be honest that I was a little let down by the lack of cosplay on the Saturday, given that the whole building was packed full of people the whole day, but the reverse was true on Sunday, with a lot less people there it seemed, but a lot more cosplayers. The parade for the cosplay competition on the Sunday took almost an hour, and that was just for the adults (well, over 13s, the “children” had their own competition but it was quite tough on some of the youngest “adults” going up against people twice or three times their age – just my personal beef though!), with a range of comics, anime, manga, movie and tv costumes on display. Some of the participants had been cosplaying for years, for some it was their first time, but the host of the show did a really good job of reinforcing how inclusive cosplay is, whether you spend months and thousands putting together your costume, or throw it together in a day from charity shop purchases, and he made a real effort to make sure everyone got a chance to shine. The show runner appeared at the end of the cosplay parade to tell the assembled crowds that the show will be back next year – which got the biggest cheer of the day!

I was very lucky to get the opportunity to speak with a few of the creators present over the weekend, and I’ll be posting those interviews over the coming days, as well as buying a couple of books that will be making an appearance on this very column in the forthcoming days and weeks.

It may not sound like the most glowing of reports (I’ve had a looong week, forgive me!) but all in all it was a good show for a first time out. Could the layout of the convention been better? Yes. Would I like to have seen more diversity in the guest list, and more space in artists alley? Yes, without a doubt. But – but – to get the level and quality of guests present for a first time show was a jolly good effort, and – as they have already announced next years show – I can only hope that they build on these foundations moving forward. I would totally recommend keeping an eye on their website for news over the coming months, as I’ll certainly be heading back for round in May next year – see you there!