The time is upon us, true believers!  Midnight marks the culmination of 10 years of the Marvel Cinematic Universe.  I can still remember the goosebumps when the title was announced as Infinity War.

But enough of the nostalgia and good vibes.  Let’s address the elephant in the room: who, if anyone, dies in the upcoming Marvel blockbuster?  Marvel hasn’t killed off major characters, but has killed off 2nd tier MCU characters in both Avengers: Age of Ultron and Guardians of the Galaxy 2.  It would make some sense for Marvel to raise the stakes and kill of a major character for the first time with this film.  First of all, Thanos is the greatest threat the Avengers have faced to date.  Next, Marvel films, while fun and driving, seem to lack consequence from one movie to the next (perhaps with the exception of Captain America: Civil War).  Lastly, Marvel needs to give audiences an emotive moment that they haven’t had yet, in the same way that you have to shock your muscles at the gym to achieve progress.

Without further ado, the case for why each of the original six Avengers should bite the dust: 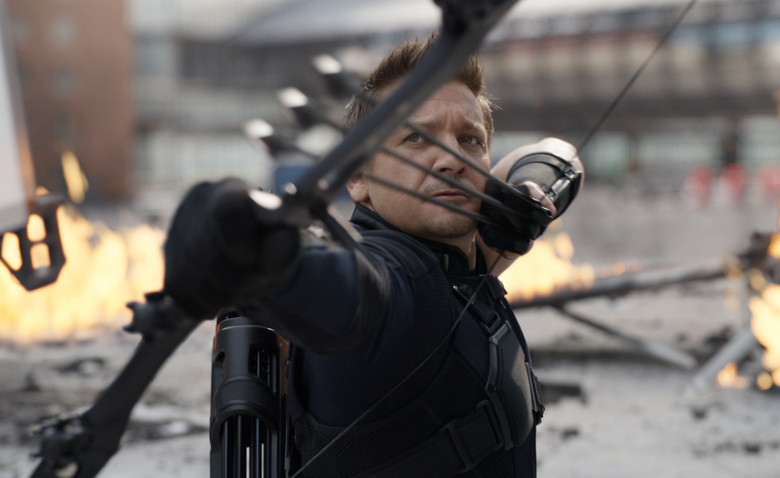 Call me harsh, but in the MCU, Hawkeye is the most useless Avenger.  When the S.H.I.E.L.D. operative delivers the line, “The city is flying… I have a bow and arrow, none of this makes sense…” in Avengers: Age of Ultron, it was the best Hawkeye moment in the MCU because the character addresses just how out of place he is.  Furthermore, Hawkeye hasn’t had a solo film and won’t, so there isn’t a whole lot of emotional resonance there.  He famously didn’t even make it onto the jam-packed Infinity War poster. 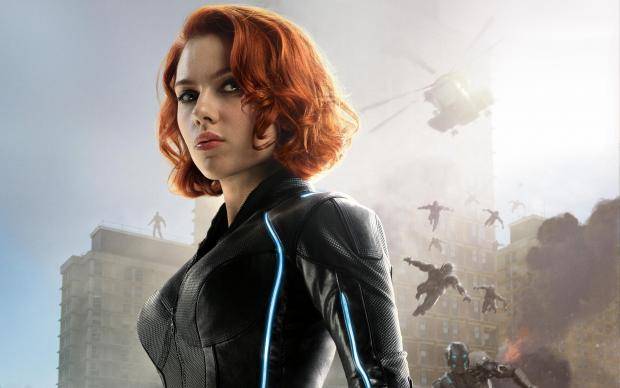 There are a lot of Hawkeye parallels here, but at least Black Widow is armed with post-stone-age weaponry, and can therefore be taken seriously in this universe.  The spy is an extremely damaged character due to her cruel upbringing.  However, given that she never got a solo film, there isn’t a lot of emotional investment there with much of the audience.  Killing off Black Widow would likely induce much blowback, as she’s the only original Avenger who is a woman. 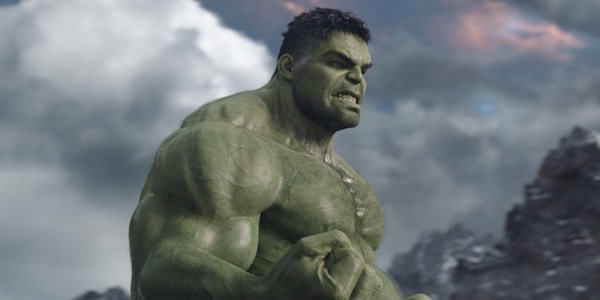 The seemingly indestructible Hulk?  The big guy barely even noticed bullets that bounce off his gamma-irradiated skin.  However, it is possible that he’ll meet his match with the infinity gauntlet-brandished Thanos.  Since Mark Ruffalo took over the role in 2012’s The Avengers, the Hulk hasn’t had his own solo film, so one last time, there’s not all that much emotional capital between viewers and the Hulk.  A scene where the Hulk bites the dust would have to be epic, since he’s one of the most capable heroes in all of Marvel’s comic book lore. 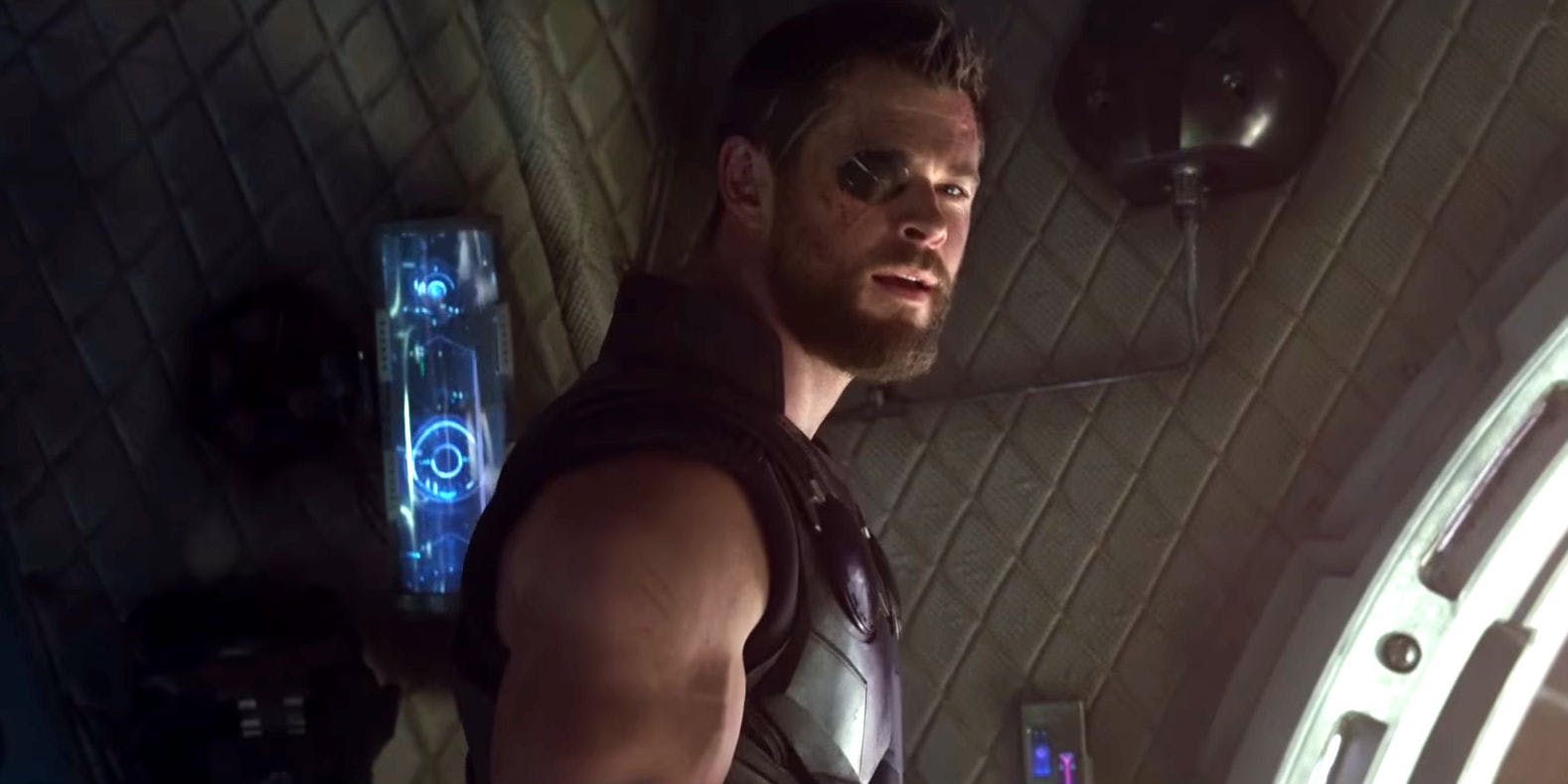 The Odinson is the original Avenger who’s had their own film most recently.  **SPOILERS FOR THOSE WHO HAVEN’T SEEN THOR: RAGNAROK** The god of thunder has grown a lot since displaying his sophomoric tendencies in the original Thor film.  He recently lost his homeworld, and based on one of the after-credit scenes in Thor: Ragnarok, he might have just lost his people as well.  A character arc with a god who sacrifices himself in the cause of justice and glory is a Hollywood ending that writes itself. 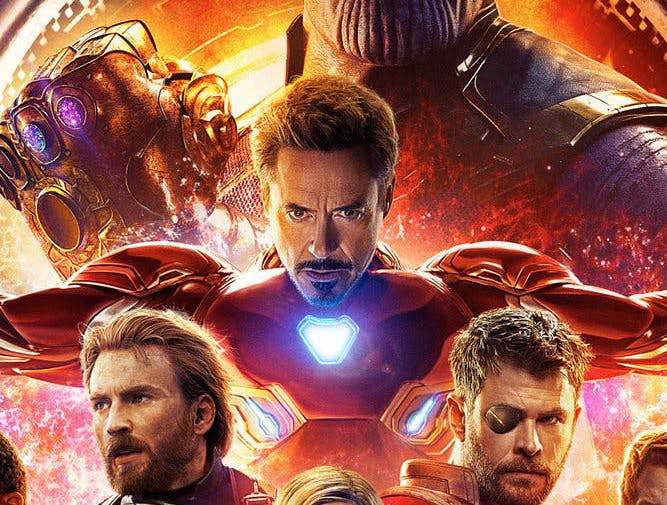 ^^Just look at that Jesus pose.  Subtle much, Marvel?  The futurist has arguably had the greatest character arc in the entire MCU, and much of it took place in 2008’s Iron Man.  Here’s a man who can be squarely blamed for Ultron’s carnage and, arguably, for splitting the team in Captain America: Civil War.  Tony Stark nearly sacrificed his life for the good of the planet in first Avengers film.  If he actually dies in Infinity War, it could be a redemption story for the ages, particularly as the team’s least-trusted member.

There’s also Robert Downey Jr’s age (53) and the fact that he’s said he doesn’t want to be Iron Man for so long that it becomes embarrassing. Were he to go the way of the dinosaur, there’s a character who could easily fill his shoes as the team’s tech wizard: Black Panther’s sister, Shuri. 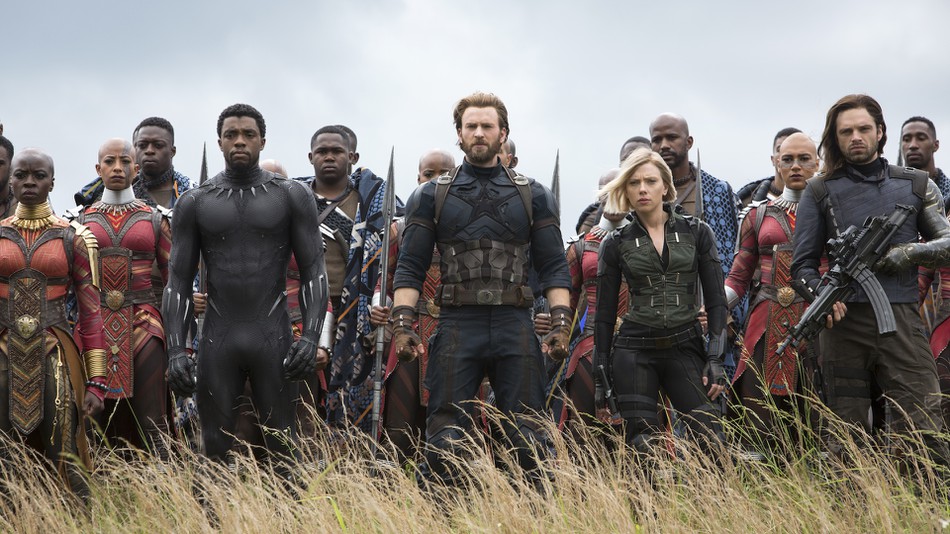 The trailer leads you to believe that Cap could very well die, as he comes face-to-face with Thanos.  The First Avenger is a man out of time, and arguably has the least to lose of any Avenger.  He’s the heart and soul of the team, and sacrificing him would be a Game-of-Thrones level gut-punch to the audience.  If Marvel wants to take a risk and jolt the audiences heart, this is it.  This one is for all the feels.