2018 is here, and I thought it would be a good time to look back at all things nerdy in 2017 that made my eyes wetter than Atlantis. These feels may be joy, sadness, or even rolling tide of an emotion I can’t began to describe. (I will let you know when we reach that one) The medias discussed will be comics, of course, but also film and a TV show. (Only one got to me on an emotional level.) Let’s start with the reason we come here: comics.

Tom King’s Batman has changed the way we look at Batman and Batman stories. The issues have been, in many ways, a massive departure from Scott Snyder’s time. Snyder wrote about some heavy stuff, but his books still were plot based action tales. Tom King has taken a different approach, as he often does, and he is writing a more reflective Batman tale that focuses on Batman as a person. Batman’s proposal to Catwoman brought this run to its zenith. It was unexpected, touching, and if you have been shipping them as long as I have, about dang time. King had been building on their relationship for a few story arcs, and while it was sudden, it didn’t feel forced. That Tom King coyly waited months to tell us Catwoman’s answer was shrewd as we looked for clues during the War of Jokes and Riddles of her answer.

The fact they were laying in bed talking was probably a clue, but comic book readers know better than to assume. Even while we waited to get to her reply, we were taken back by the emotional heaviness of Kite Man’s story. With a single issue, King made us care about one of the most ridiculous, gimmicky villains of the D-List. When the story of the war was told, and we had the answer to Batman’s proposal, the world cheered. Seeing the two together since then has been pitch perfect, whether they are on a mission or a double date. It pulls my heartstrings in the best way possible.

This brings me to Batman Annual#2: Date Nights, Last Rites. Annuals are often throw away stories of no consequence, but this ended up being arguably the best issue of any comic this year. Period. No small feat. As the name suggests, it started with the first encounters of Batman and Catwoman, showing how they slowly opened up to each other. It also showed a more aggressive Catwoman, who saw in Batman another broken soul.

The second half of the issue dealt with an older Bats and Cats as one of them is given a terminal diagnosis. They are senior citizens with a grown daughter, a super-heroine in her own right.  Watching them deal with such an emotional reality was heartbreaking, and the gift from beyond the grave was perfect. I cried. My wife cried. I challenge you not to cry. It was just perfect. And it better be canon. For ever.

When Marvel announced Generations, it sounded like a giant gimmick. It really was too. The publishers gave the writers the mandate of having the superheroes of old and new meeting at consequential moments so that they can influence each other in little ways. The thing is, some of the writers nailed it. I won’t say every comic felt necessary, but there were two that stood out. Hawkeye and Wolverine. The Hawkeyes see each other often, so it wasn’t expected to be all that emotional. But Clint was much younger here, and he was unsure of who he was. Kate’s trust and belief in Clint was touching, particularly in the end. Wolverine, though, dealt with a dead character and his successor. Wolverine (Logan, James Howlett) is fighting his way through ninjas, when he gets assistance from Wolverine (Laura Kinney). After saving Logan’s ever healing behind, Laura goes with him and tells him to be a better father. He worries he isn’t cut out for that, but she lets him know that he is a wonderful father. Tears were in my eyes as Laura faded away. As a guy susceptible to father-child moments, this comic touched me deeply in surprising ways.  I hope that this moment in comics is touched on in Logan’s future, maybe even Daken saying that Logan was a better father for a little while after Logan met her. Something. It would be a shame to waste such a simple, touching moment.

The Orlando shooting was a horrible tragedy. It was a monstrous act perpetrated by a disturbed man. The country was in shock. It was one of the worst acts committed in American history, and in today’s world, that is no little thing.  So my heart felt uplifted when IDW announced Love is Love.  The idea that all of those creators came together to benefit LGBT charities was beautiful. It was the perfect response from the comic community, and it restored my hope in humanity. No matter how horrible the tragedies that occur are, there are kind people ready to step up and help.

This book came out in 2016, but I wanted to mention it. I discovered the book over the summer after a loss of my own, and the book was powerfully resonant. It is a memoir by cartoonist, Tom Hart, depicting his life when he lost his young daughter.  I cried every time I picked the book up, and it gave voice to feelings I couldn’t vocalize myself. It was the most cathartic book I have ever read.

And now, movies and TV: 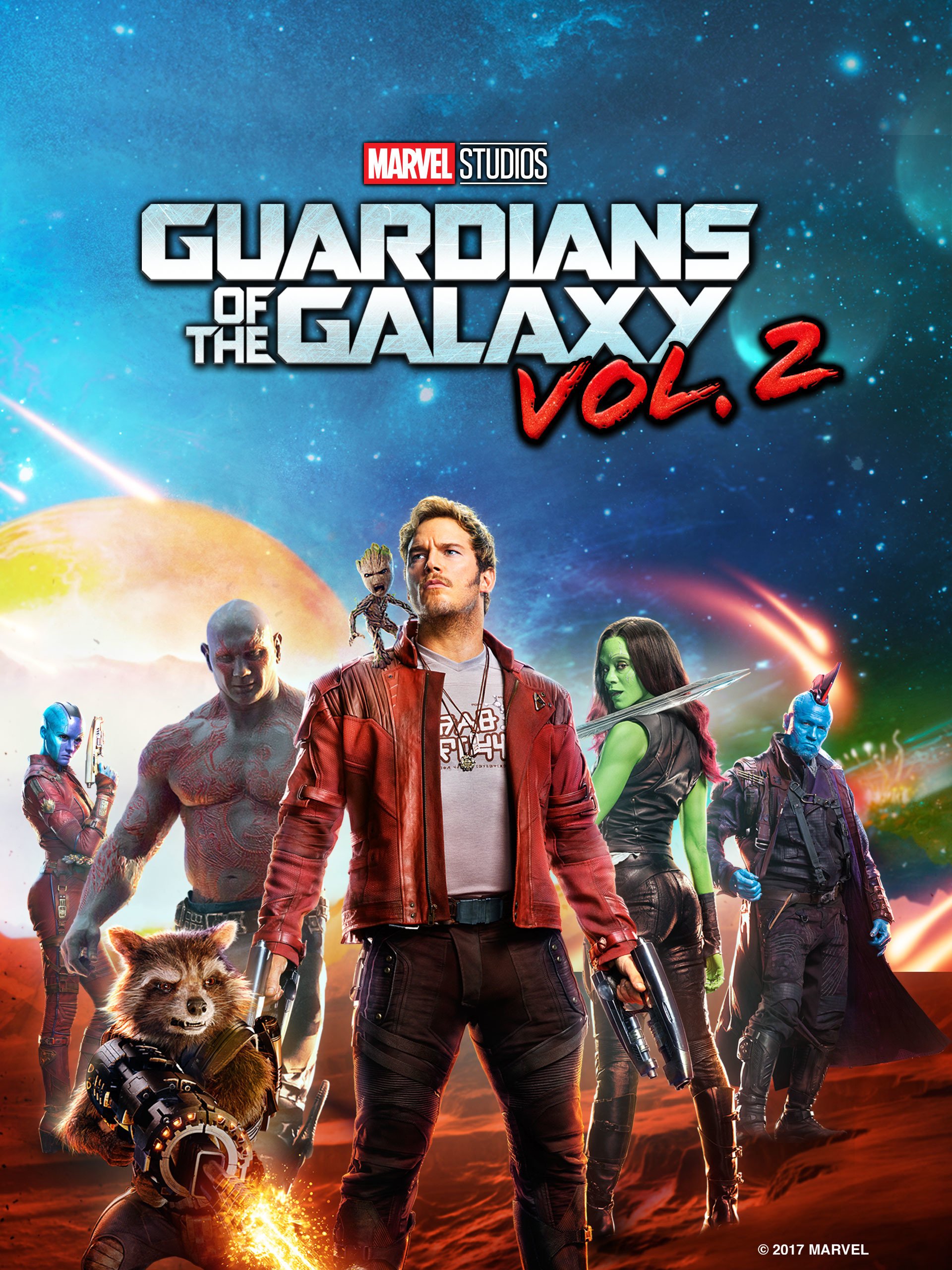 Guardians of the Galaxy 2

This entry might surprise some people. Guardians is known mostly for its oddball humor and bonkers action. You cannot deny, though, that there are some emotionally resonant scenes. The first one had an opening where you see young Star-Lord lose his mother. The sequel explored the father-son dynamics of Peter’s life. Peter was raised by Yondu, a space criminal and leader of a group who called themselves Ravagers.

Peter’s birth father, though, was the celestial, Ego, the Living Planet. Ego plays the prodigal father, but he has a secret agenda involving Universe Domination. It ends up being the relationship between Peter and his step father, Yondu. Yondu reveals that he cares for Peter deeply, and Peter realizes he had a father in Yondu the whole time. Yondu dies shortly after in battle, and there was not a dry eye in the theater. There is no more important man in one’s life than the one who raises you.

After 75 years, Wonder Woman finally got a movie. And boy, was it a movie. It explored the horrors of war in a way most superhero movies would not dream of trying. It was full of beautiful moments, full of hope and optimism. This simple belief that the good will win out was proudly displayed with the No Man’s Land scene in the middle of the movie.

The Germans and the Allies have fought to a stand still, occasionally killing each other but not accomplishing anything. Wonder Woman, after being told that no man could cross No Man’s Land, pointed out she was no man by crossing the dang piece of land. She did not do with lightning speed like Flash, but did so like a slow, but unstoppable force, ricocheting bullets off her bracelets like they were Nerf Darts. The Allies rally behind her, and the good guys win the battle. Yes, the scene was as subtle as a marching band, but that was the point. After decades, the women were here to show they had the power to change the world. And you didn’t have to be a woman to feel empowered yourself.

Agents of SHIELD  wrapped up its best season yet this summer, as it mirrored Secret Empire with story line.  Instead of Captain America being influenced by a cosmic cube and taking over the country though, it was a Matrix-style program referred to as the Framework. When the heroes of the show entered the Framework, they entered a world run by Hydra. Fitz was a Hydra high command, and he was intimate with the android/Life Model Decoy who had placed them in the Framework, Aida. The heroes were all given realities they would want to make them more complacent.

Mack, one of the Agents, had the most poignant of all. He got a life with his daughter. In the real world, she had died at a young age, but in the Framework, he got her back. Years of life were planted in his memory. Years he raised her, and years he loved her. In order to leave the Framework, he had to give all that up. Lose his daughter all over again. It was a decision that haunted him. He admitted later that it was even harder losing her the second time, even though he knew she wasn’t real. She was real to him.

That’s all I got folks. Shoot me an email, if I missed something. I probably didn’t get a chance to experience the moment. Or, I was just cold and unfeeling that day. Either or. Thank you for stopping by Talking Comics. Reviews will be returning this week.