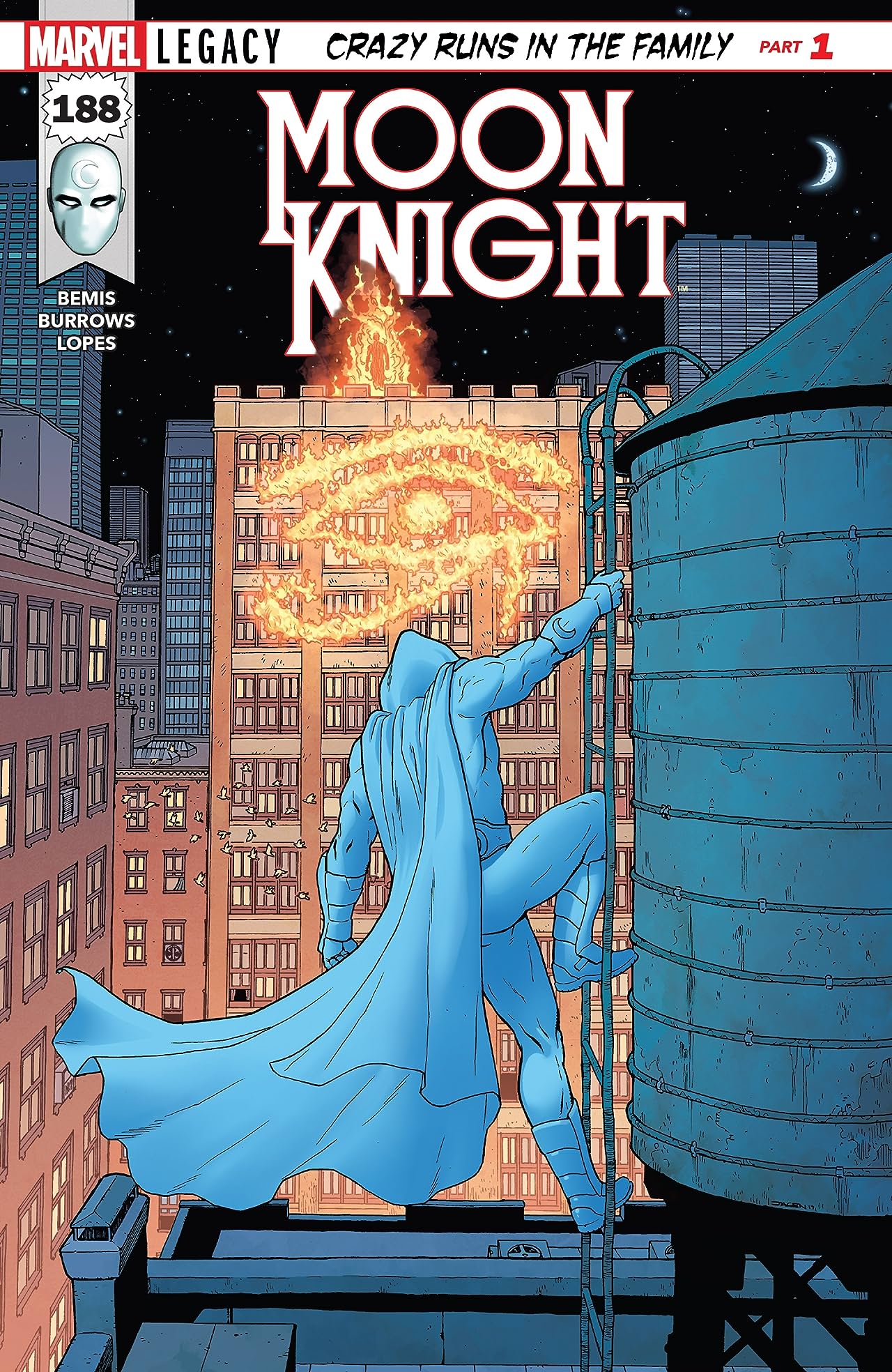 Be prepared: Moon Knight has returned! He was last seen in Jeff Lemire’s mini series earlier this year with Moon Knight cutting ties with the Egyptian God, Khonshu. He also made peace with his other personalities. Looks like three was a crowd and now it is just Marc Spector, the Moon Knight.

In this issue, the debut of the first proper Moon Knight series in a couple years, the creative team makes the bold choice to have Moon Knight make no appearances. Instead, this issue follows Dr. Emmett and the mysterious Patient 86, aka the nameless one. Dr. Emmett was created by Jeff Lemire as a psychiatrist attempting to make Marc believe that he was not and never had been Moon Knight.

She returns now, treating a veteran with no name, who reminds her a lot of Marc. Patient 86, the presumed villain for this arc, had a religious “epiphany” over seas and burned some people alive. She is still obsessed with Moon Knight, and she decides that this man’s past and religious experience makes him very similar. So she introduces him to Egyptian Mythology. Because she thinks it worked out well for Moon Knight, I guess. It goes as well as you would expect. The issue’s back matter is a few page primer on the character and his origin for those who aren’t familiar with this protector of night travelers.

The writer, Max Bemis, does a brilliant job of developing the two characters as they both become obsessed. It was fascinating. Dr. Emmett gets a lot more depth than she did in Lemire’s run where she was a stooge for an Egyptian God. Patient 86 is an interesting character, who seems to have some potential to serve as a foil to Moon Knight, the way Hush does for Batman. One of the weaknesses of the Moon Knight series has always been that outside of the people there for his creation, he has no good villains in his rogues gallery. One of his classic villains was a white supremacist who dressed up as a rat. The fact that this team took the time to flush out a nemesis gives me hope.

The visual team for this comic is stellar. The combined efforts of Burrows and Lopes gives us a Moon Knight that is more colorful than his previous installments, but is also much more creepy and gruesome. This comic looks like Marvel channeling Clean Room, and I am loving it.

Verdict: Buy. This comic gives me more hope for Moon Knight than I have felt in almost a decade. It feels different than its predecessors, but it does not ignore them. I can’t wait to see what is in store for Moon Knight. The monthly wait till the next issue is killing me.

PS. If you want to know more about this character, I published a primer on his history last week. Feel free to read or skim it.