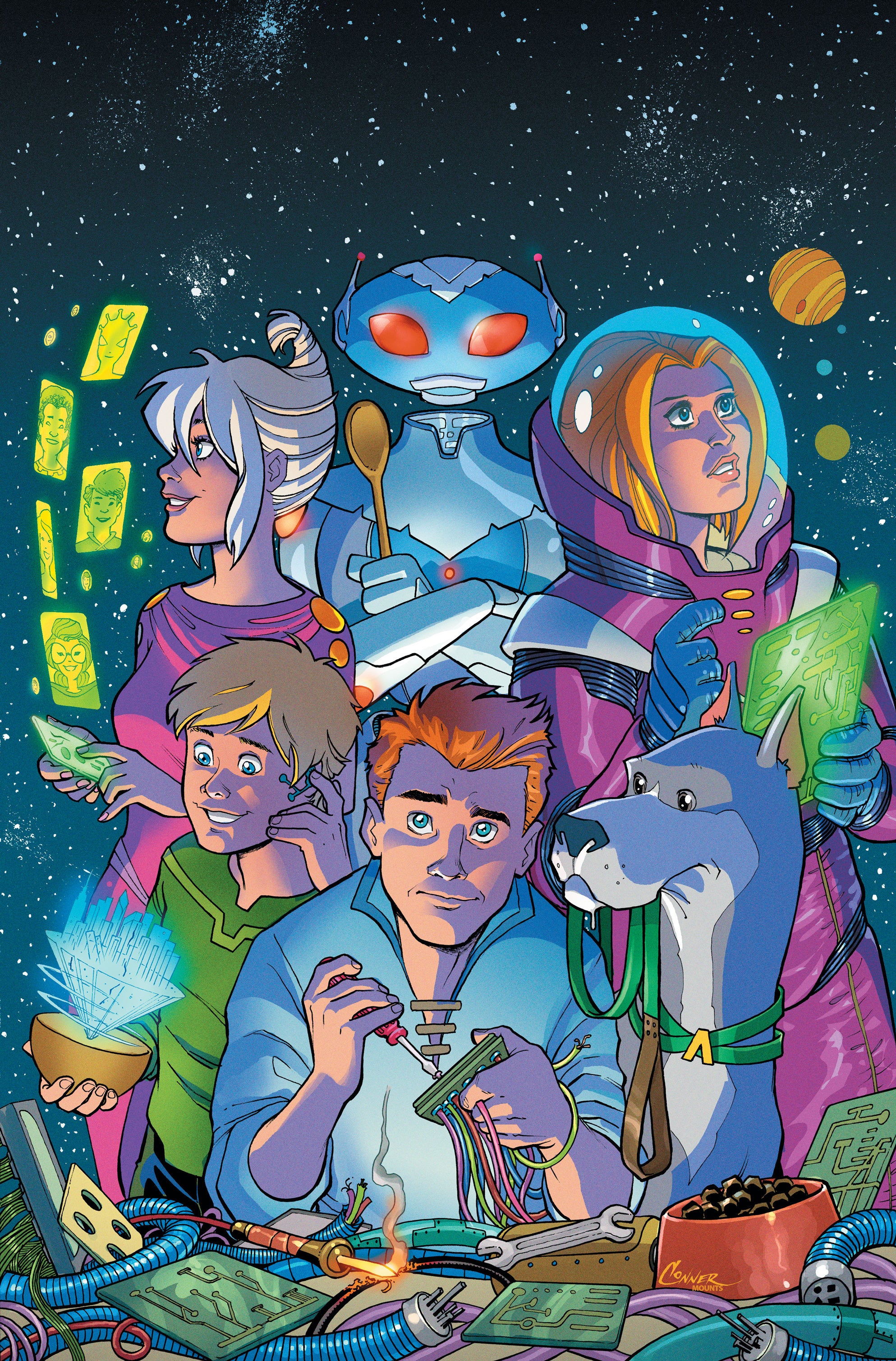 After what has felt like forever, The Jetsons is here! I remember the rumors starting up about this when The Flintstones debuted. Here’s the thing: I came into this expecting it to be like The Flintstones. It is nothing like it. If anything, it reminds me of Scooby Apocalypse. (Which honestly, I adored.) I say this now, because if you go into this comic wanting the biting satire and humor of Flintstones, you will be disappointed. But if you go into this ready to ride a wave of serious end of the world re-imaginings, in the vein of Scooby Apocalypse, then I got the comic for you.

In the world of Jetsons, humans live high up above the Earth, because the Earth was destroyed by climate change and asteroids. Not only did the sea levels rise up, sinking the coast, a giant ice comet crashed on Earth. When it melted, it raised the sea levels even more. Now all of the Earth is covered in water. Heavily polluted water that will kill you in seconds if it touches you. Most of humanity died. The rich and talented were all that was saved, shot up in rockets. So, you know, happy stuff. Also, Rosie is actually the mind of George’s mother programmed into a robot so that she can cheat death. Jane is a crazy smart scientist, informing a room full of very important people at the International Space Station that another asteroid is coming, and that they are defenseless against it. Like I said, happy stuff.

The writing is pretty straightforward. I found one joke after reading it twice. Elroy has a budding romance with a girl his age, so that is kind of cute. This issue is definitely a set up issue, and I am curious to see where it goes from here. I would like some more humor regardless. The pathos, though, is where this story shines. Rosie has a conversation with George about how she “feels” things now that she is a robot, and whether she feels deprived of an afterlife. She is definitely a more interesting Rosie than in the TV show. The art, is more modern than the original show, but it still keeps a lot of that color, which I love. It goes together well, and it doesn’t fell as much in the DC Housestyle as DC’s other stuff.

Verdict: Buy. This comic is not what I was expecting, but the more I reread it,  and think about it, the more I want more. This story has a lot of potential, and I can’t wait to see where it goes from here, not just in terms of plot, but in the little moments between the characters. My one complaint: I need more Astro.