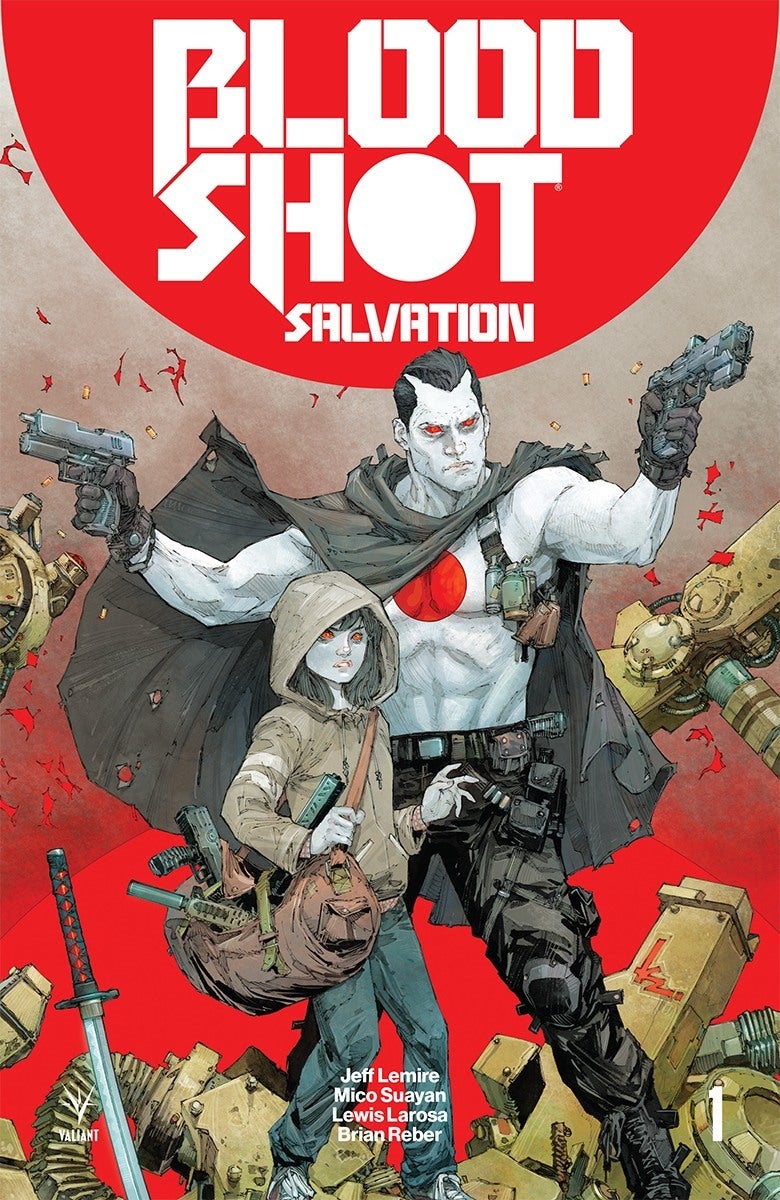 Bloodshot: Salvation is the new Jeff Lemire series for Valiant. For those who are not familiar with Bloodshot, the backstory is simple enough: guy becomes a government kill machine via nanites that give him enhanced strength, speed, healing powers (Very Weapon X) and control over the technology around him with just a thought. (A more interesting addition to the skill set) The program is shut down, and Bloodshot, now known as Ray Garrison, lives in a secluded house on a lake with his wife, Magic, and their daughter, Jessie. A phone call from Magic’s past triggers the events of the story arc. 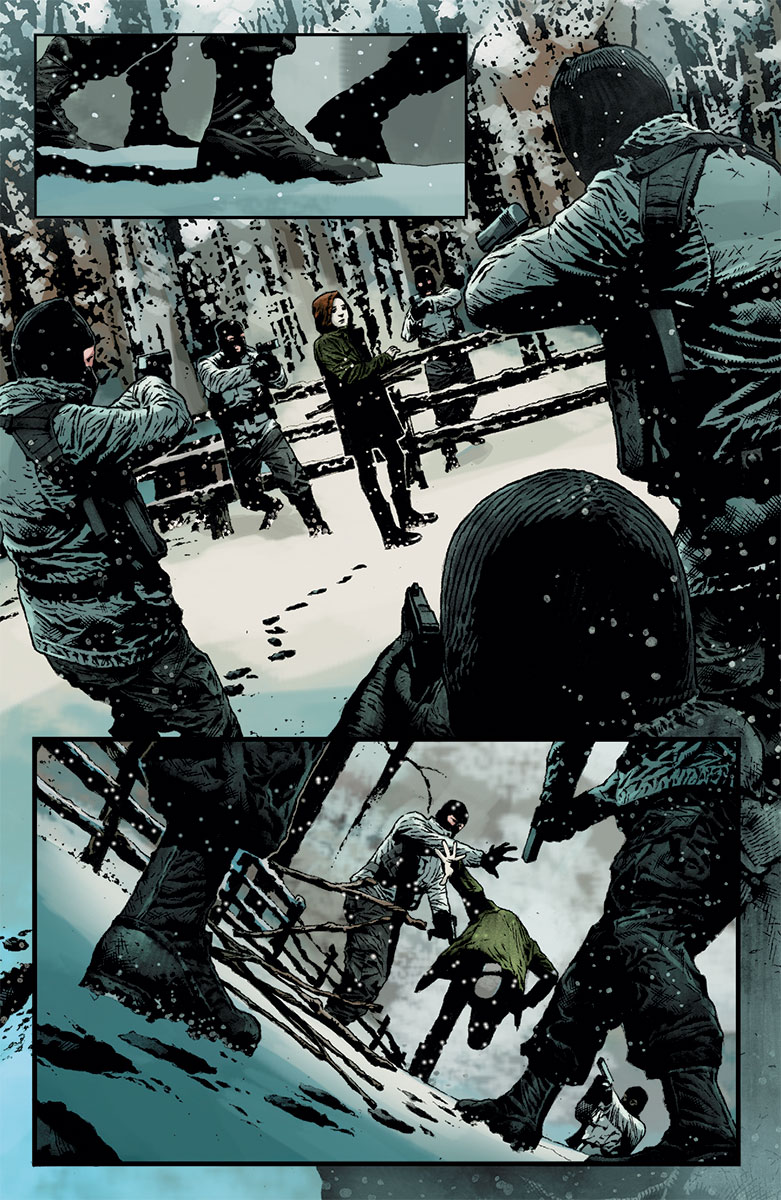 The other component of the story takes place in the time of Soon. (According to Valiant, Soon equals eight years later.) In the time of Soon, Jessie and Magic are hunted, and Magic is saying that Bloodshot is dead. Also, it seems some nanites passed into Jessie’s gene pool, and she has the powers of Bloodshot as well.

As a new reader to Bloodshot, I found this book very easy to delve into. It may have to do with the fact that the government living weapon trope is very familiar. I think it may also be Lemire’s writing skill.  While his work in X-men was often perfunctory, his individual work on titles such as Roughneck have been divine. I am intrigued with the story’s set up, and I was happy to dip my toes into the world of Valiant. The art is well detailed, and it transitions smoothly from Soon to Now. The artists are skilled at showing the beauty of a baby girl, the gore of being a creature getting brained with a handgun, and the dichotomy between the two  extremes can be so startling that you stop to actually look at the artwork. (I admit to being more story-centric than I should be)

Buy. This issue was very reader friendly, and it left me wanting more. I can’t wait to see where this story goes from here, and I think this will be Jeff Lemire’s better work. The character’s are interesting, and I relate to Bloodshot trying to be a father. I like the 8 year plot gap, and I can’t wait to see what happens as we close the gap.