Supergirl returns this week with “Star-Crossed.” It’s an episode full of highs and lows for various characters, but mostly lows. Lyra plays her most prominent role in an episode yet, and we learn more about her than we previously knew. It’s a nice way to focus on someone outside of the main cast of characters and who isn’t exactly a villain. Mon-El’s parents make their way into town with quite the entrance, and quite an effect on his relationship with Kara.

Throughout this season, I haven’t been a fan of the Kara and Mon-El relationship. It’s been a while since we’ve known he was hiding something from her and what it was. His defense is that he tried to tell her, but never managed to. For Kara, that’s not enough of a reason for her to forgive him for failing to mention he’s the Prince of Daxam. For the moment, things are over between the two, but Mon-El does appear to be changing for the better. This doesn’t mean I believe they would make a good couple, though. Giving the two some time apart could greatly benefit the show unless the writers make it all about Mon-El trying to win her back.

Relationships are abundant in this episode, and that brings us to Lyra and Winn. She used him as a mark to get her brother (which no one knew she had) back. She steals a Van Gogh painting, Starry Night, of course, and Winn is none the wiser. Maggie pulls him in for questioning and that’s when he finds out Lyra appears nowhere on the camera. It’s a good focus on Winn this episode and distracts from the Mon-El storyline. Winn does an excellent job with feeling the spectrum of emotions throughout this episode and in the end, he does forgive Lyra since she was doing this for an ultimately good reason.

Teri Hatcher joins the show as Rhea, Mon-El’s mother and Kevin Sarbo plays the role of his father, Lar Gand. Rhea gets more screen time due to her conversation with Kara and it’s a nice little nod to the past DC shows. Teri Hatcher previously played Lois Lane in Lois & Clark: The New Adventures of Superman. The show provides viewers with these nice little tidbits throughout it’s first two seasons and they do well with not completely overdoing it.

Overall, this episode just feels like an okay one. We get Music Meister at the end to lead into The Flash, showing that Supergirl isn’t getting a big role in the way of being a part of a crossover again. The show feels like it’s been straying more and more from what people loved about it in season one (aside from Cat Grant, anyway). 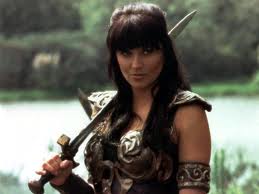