Demons have crossed over to Earth and humanity has coexisted with a cesspool of violence and death for the past eighty years in Darkness Visible #1.

Daniel Aston is a cop in London where the streets are littered with Shaitans, commonly known as demons, who are homeless or committing crimes. He’s taking his daughter, Mags, out for dinner following a school play she acted in. They discuss the moral ambiguity of Shylock, a character from William Shakespeare’s The Merchant of Venice, and how he is simply characterized as a villain because he’s treated as one. This directly reflects the conversation that Mags and Daniel have about a homeless shaitan panhandling down the street.

Daniel’s assumptions about the shaitan stem from his encounters with criminals who also happen to be shaitan. It’s a social commentary that the creators of this comic posit to the reader. As Daniel and his daughter continue their conversation, he receives a call on his police radio that a bank robbery is in progress. They rush to the scene of the crime and Daniel tells his daughter to stay in the car. It’s a heist that the shaitan wanted police officers to arrive on the scene. 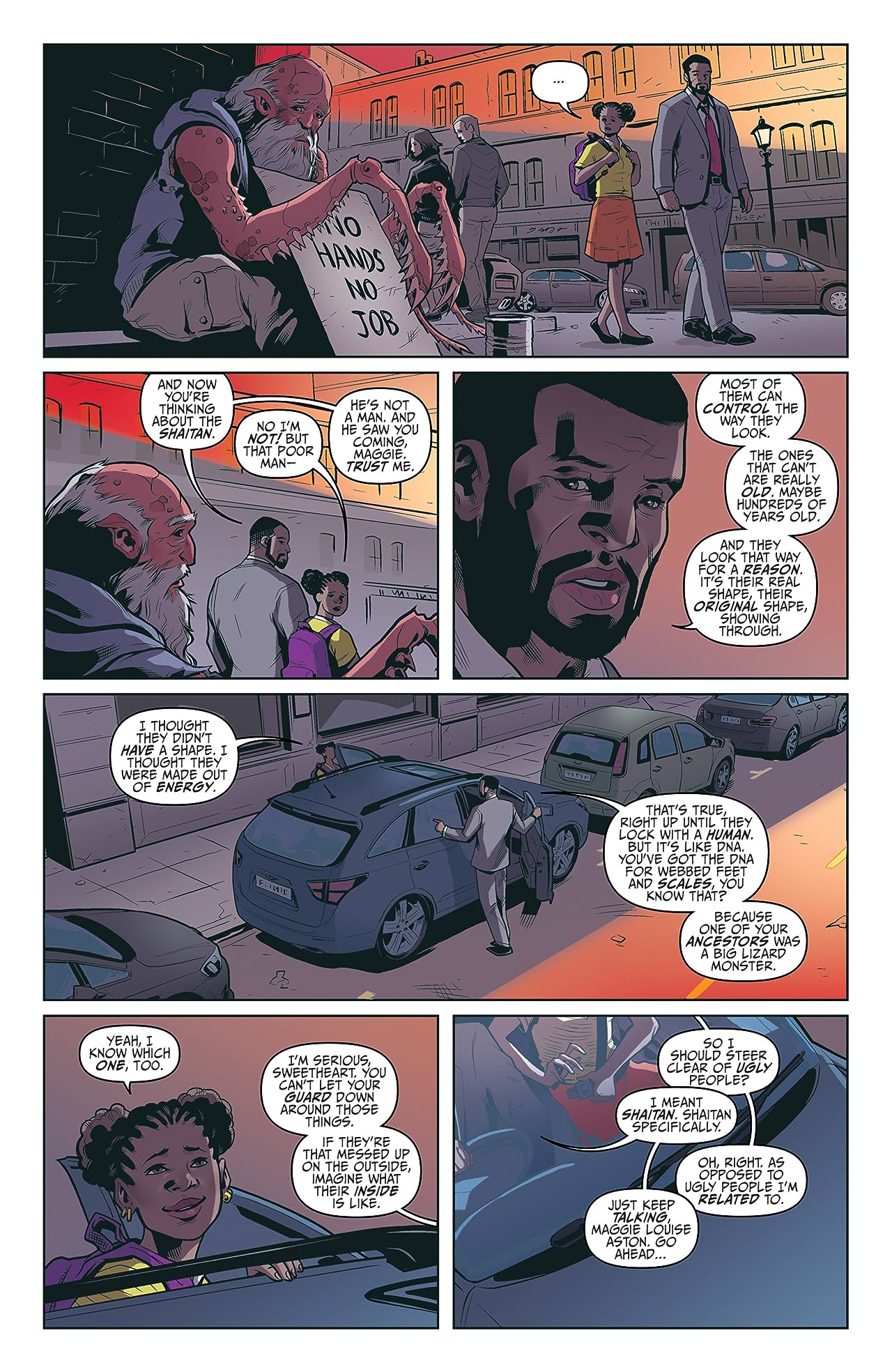 The rest of the comic plays out like an action movie with explosions, people being thrown out of buildings, and an ambulance that gets chased off the road. The ending of the comic is determined to weave its narrative within the questions it asks in the beginning. Are all the demons inhabiting the Earth truly evil? Are the generalizations that humanity conjures up so easily unfair blanket ideologies that further demonize the Shaitan? What questionable moral decisions will one make to ensure the safety of their loved ones?

The creators are going to answer these questions through Daniel Aston and company while spiraling readers deeper into a world tense with a fear of what they don’t understand. Darkness Visible has a volatile narrative that is paced well, but it’s richest subject matter is the fear of the seemingly strange due to societal and cultural ignorance. While also providing an intriguing mythology that will have a reader holding their breath until the last panel when these characters and this world have their prejudices tested.

Buy! It’s a thoughtful comic with a cast of characters that is sure to be alluring to any supernatural fan. It starts off with a clue that leads to a heist that leads to all kinds of wild page turns. It’s also socially aware without sounding preachy because its story is paced so well by the creators. Definitely not one to miss!