The Belfry is a one-shot horror story set on an island of humanoid-bat creatures and about the passenger-filled plane that crash lands on it.

It is a nightmare that a reader wakes up into and must find their footing in a way that Bill, the protagonist, must. The story and art are structured to mirror the never-ending cycle of what this island’s purpose is. While the passengers on the plane survive, their fate is a less forgiving one than death. 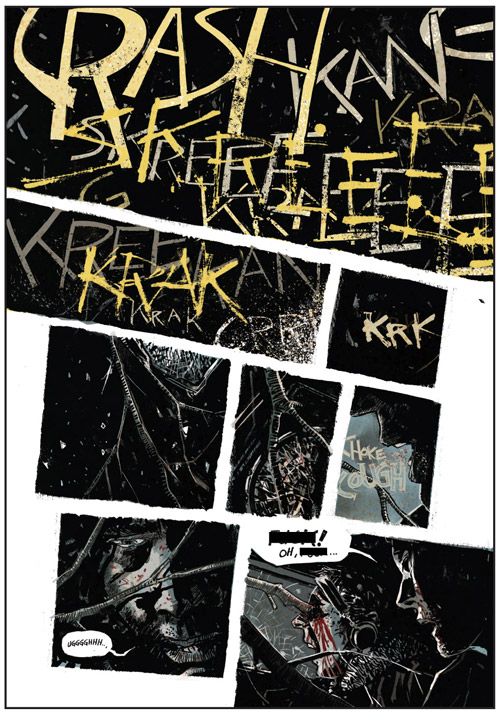 Hardman understands the horror genre and the medium so well that it’s indicative in every reveal and choice he makes to create eeriness and then shock you with a totally gruesome image. The small world he’s created is dangerous and it becomes more evident with every page turn.

He subverts the expectations of a reader by keeping them guessing. Why did the plane crash? Are the passengers of the plane alive? What are the sounds our protagonist is hearing? He uses the conventions of a horror film in the medium and creates something sinister as well as special.

There’s an inevitability to this horror one-shot that adds to the bleakness of the genre. This isn’t a book determined to inspire hope, instead it makes you root for the characters because they’re in such a hopeless situation. One that’s only solidified as the final panel closes out this thoughtful, moody story.

Buy! It’s honestly one of my new favorite comics. You get the whole story in one-shot and it’s incredibly well-paced as well as scary. I’d never heard of Hardman before, but now I’d really love to check out his other work. Hopefully, he gets to do more horror because if this is any indication, he’s going to be a heavy hitter for the genre in the medium.