Death Be Damned #1 is a supernatural western that follows Miranda Coler as she seeks revenge against those who killed her husband and daughter.

The comic opens with silent panels depicting the aftermath of the Coler Family killed and their home ransacked by a group of bandits. The lack of dialogue is characteristic of the deafening experience of loss that Miranda is experiencing. She is filled with rage that she can’t act on until she lays her family to rest. Her purpose is to kill those who her family away from her.

It has the typical western premise of a protagonist whose purpose it is to seek retribution for the loss of those that she loves. The supernatural element isn’t clear until Mr. Murray’s introduction, a character attempting to use a Zuni ritual to “help” somebody. It is unclear what
this is until much later in the comic. 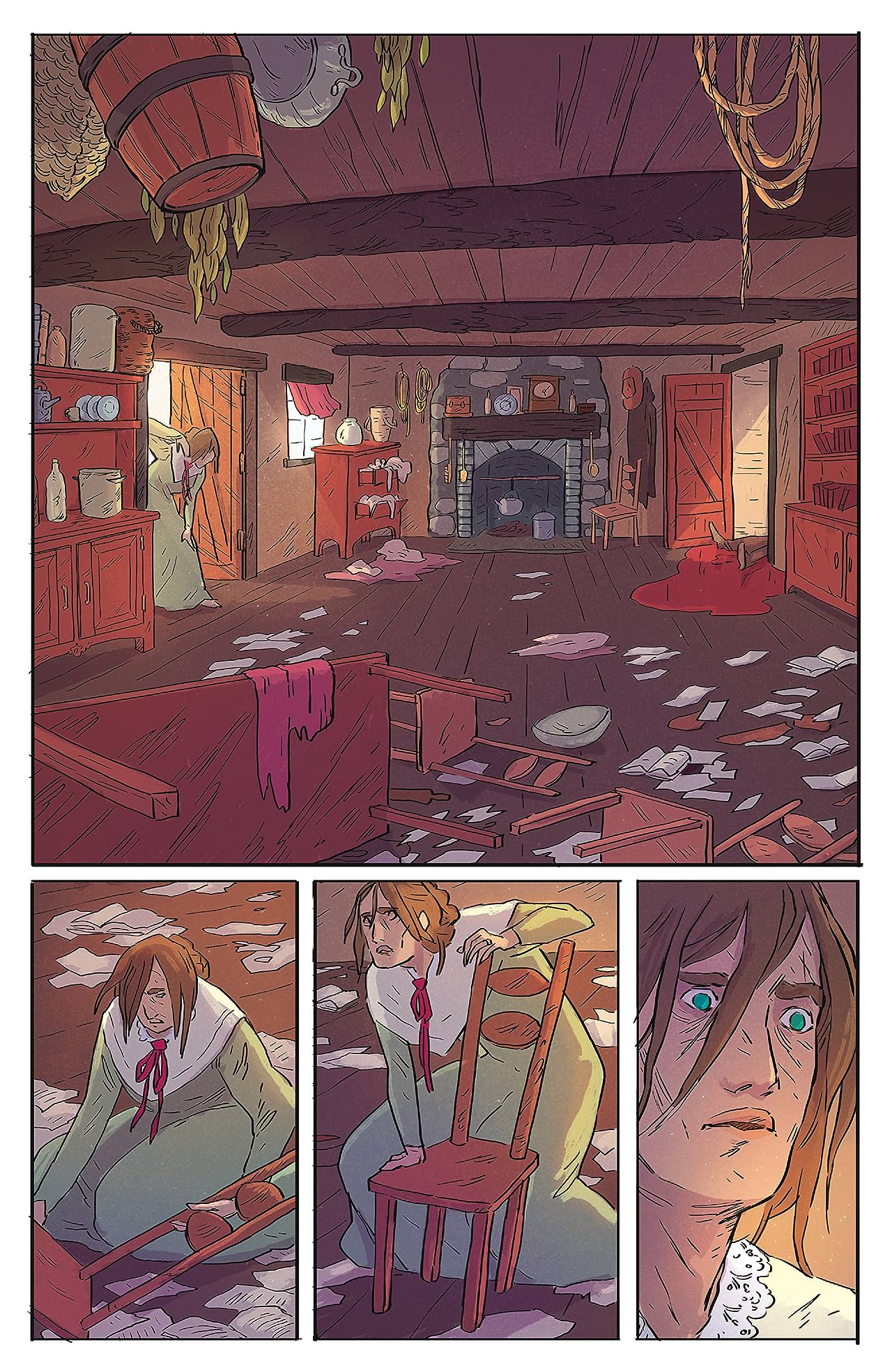 Coler is hellbent on killing the bandits who slaughtered her family. She can’t die until she accomplishes this task and puts out the hate she has inside her. The premise while initially small in scope has a grander trajectory in mind.

The threads of Death Be Damned’s mythology are woven throughout the first issue. This story goes beyond the revenge plot. Christenson’s illustration of what is deemed “the Underneath” is a gorgeous splash page that gives the readers a glimpse into the other world.

The premise for the rest of the comic is set and the mystery behind what this supernatural place adds to the allure with the comics last panel.

Check it out! It’s a supernatural/western mini-series that is sure to please genre fans in this medium. It only has four issues and is structured to pack as much story as possible in each one. While the premise is sure to sound similar to a lot in these genres, it does plot, character, and mythology in a way that feels fresh.