Most Intriguing New Characters of 2016, by Max Mallet 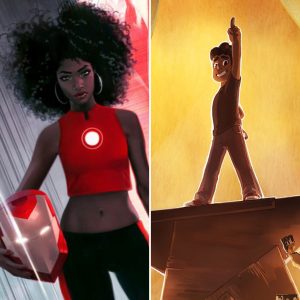 With the final new comic book day of 2016 behind us, I thought it would be prudent to share a list of the year’s most intriguing characters.  This is by no means a complete list.  Merely, it serves to highlight some of the year’s most popular, well-received and groundbreaking characters.  Some of them are featured in extremely popular Big Two publications, others challenge the status quo and societal stigmas. 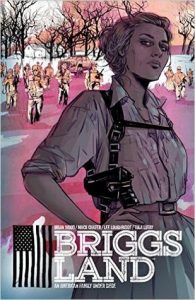 Amongst a host of unsavory characters, Grace Briggs stands out for a number of reasons in Briggs Land.  The matriarch of a group of anti-government reactionaries, Grace constantly has to put up with a culture that only respects and adheres to strength.  Furthermore, those among her flock are used to this strength coming from a man, and this is a constant hurdle for Grace.  While Grace is far from a likable hero, her situation appears to be a microcosm of many of the political discussions of 2016.
9.  Viv Vision (Vision, Marvel Comics) 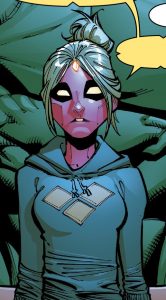 Ever feel like you don’t belong?  Don’t come to Viv Vision looking for sympathy.  A synthezoid literally created by her father, Vision, so that he could connect better with humans.  The daughter of one of the more powerful heroes in the Marvel universe, Viv has proven herself a welcome addition in one of 2016’s most well-received comics series. 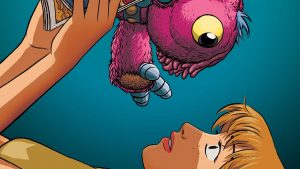 Casey Brinke, AKA Space Case, is the protagonist in Gerard Way and Nick Derrington’s wacky (and very well-received) Doom Patrol.  In a year dominated by DC’s Rebirth event, Casey Brinke serves as a focal point for bringing new readership into the DC tent.  If the popularity of the series is any indication, Casey is doing a stellar job so far.

Jory is the delightful protagonist of Boom! Studios’ new hit series Backstagers.  He’s the introverted, artsy type, and highly relatable in a time where it’s become ‘cool’ to be a bit of a nerd.  He’s an intensely genuine character, crafted to pull on your heartstrings. 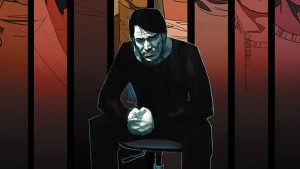 Hadrian’s Wall is easily one of the best (and most overlooked) new comics series of 2016.  Only four issues into his existence, Simon’s status as ‘hero’ is yet unclear.  What makes him noteworthy is that he’s investigating the murder of the man who shot him four times and then married his ex-wife (likely not in that order).  We’re not entirely sure about his motives just yet, but he has at least one noteworthy struggle: a pill addiction.  With the stigma around drug use fresh in the limelight, it’s refreshing to see Kyle Higgins and Alec Siegel craft a protagonist who fights with addiction.  It’s an issue that touches the lives of millions, and it’s good to see it getting exposure in a successful comics series. 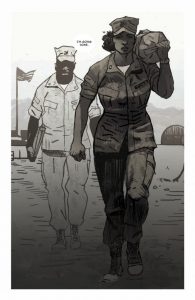 Technically, I’m cheating: Roberta Tubbs was introduced in Southern Bastards #4, which was released in 2014.  However, it was really just a tease, and Roberta doesn’t return to the story until issue #14, where she shows us exactly who she is.  Roberta deals with racism up close and personal, and in a very satisfying fashion.  In a socio-political climate where race relations are constantly in the news, let Roberta Tubbs remind us all why that is. 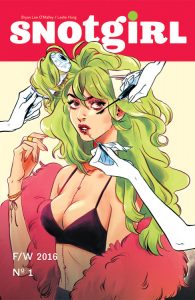 Lottie is a great character because she is the caricature of entitlement and our cultural obsession with beauty and perfection.  Everything she does is for vain, selfish reasons.  The Snotgirl protagonist holds up a mirror to our devotion of selfies and social media hyper-culture. 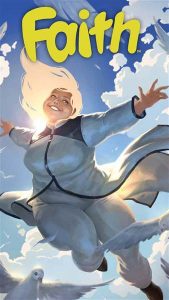 Faith Herbert doesn’t look like your typical super-heroine.  At the risk of being rude, the reason why is simple: she’s a big girl.  And this is fantastic.  The average woman doesn’t look like Wonder Woman, and it would be unhealthy for everyone to aspire towards a goal that a small percentage of people are even capable of.  Faith goes a long way in the destigmatization and acceptance of people with varying body shapes and sizes as our protagonists.

On a lighter note, Faith is very 2016 in her affinity for cat videos.  Decades from now, people will easily be able to discern when this comic was written. 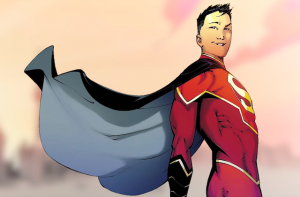 2016 has been something of a reckoning for the call to increase representation of non-white males in comics.  Kenan Kong goes a long way in fulfilling that call, especially considering that he’s featured in a title that has the word “Superman” in it.  Unlike Clark Kent, Metropolis’s boy scout, Kenan is riddled with flaws and jerk-like tendencies, which makes him feel a lot more human. 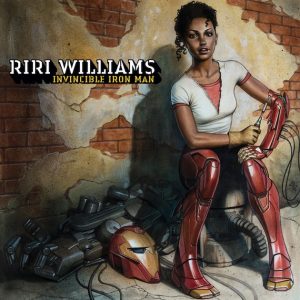 Meet you new Iron Man (Iron Woman?): Riri Williams!  No stranger to tragedy in the streets of Chicago, Riri channels her super-genius-level intellect towards fighting crime and protecting the innocent.  She has large, Tony-Stark-sized shoes to fill, but so far Brian Michael Bendis is crafting a delightful, warm character to take on the gold and crimson mantle.  Marvel fans should be ecstatic to have such a radiant character taking the stage in the Marvel universe.  Not to mention the fact that a 15-year-old black girl taking the helm of Iron Man taps a demographic that comic creators both want and need to reach.