According to Marvel.com, ‘Inhumans’ is going to be coming to ABC in the fall of 2017. This is a surprising development as the movie had once upon a time been slated to be among the next slate of movies. The movie has been removed from the upcoming slate in recent months with speculation that the project had been abandoned altogether.

The Inhumans have played a prominent role on ‘Marvels Agents of Shield’, but despite that it is still a surprise for a couple of reasons. First, ‘Agents of Shield’ has suffered prominently in the ratings. This season has brought Ghostrider into the fold, and there hav 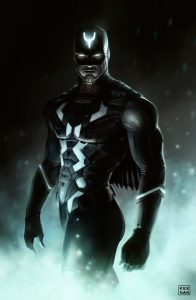 e been rumors of that character getting its own show. Despite the buzz with that character, ratings don’t lie and there have continued to be murmurs of cancellation.

Last year, ‘Agents of Shield’ ousted the characters of Mockingbird and Lance Hunter. This was in setup to their own show, ‘Marvel’s Most Wanted’. Unfortunately, that show couldn’t find a foothold at ABC. The project was put in the dumpster fire before it ever got developed. It was an unfortunate event considering they were arguably the two best characters in ‘Agents of Shield’.

According to the announcement, a version of the first two episodes will release in IMAX. That is a sign that they are definitely going all in with this show. It is an unprecedented way of releasing a TV show. Additionally, the show is going to focus on Black Bolt and the royal family.

This is great news and hopefully the show can deliver in a big way. Hopefully we will also get that ‘Ghostrider’ show. Who knows, perhaps they can find a way to weave Bobbi and Lance back in?