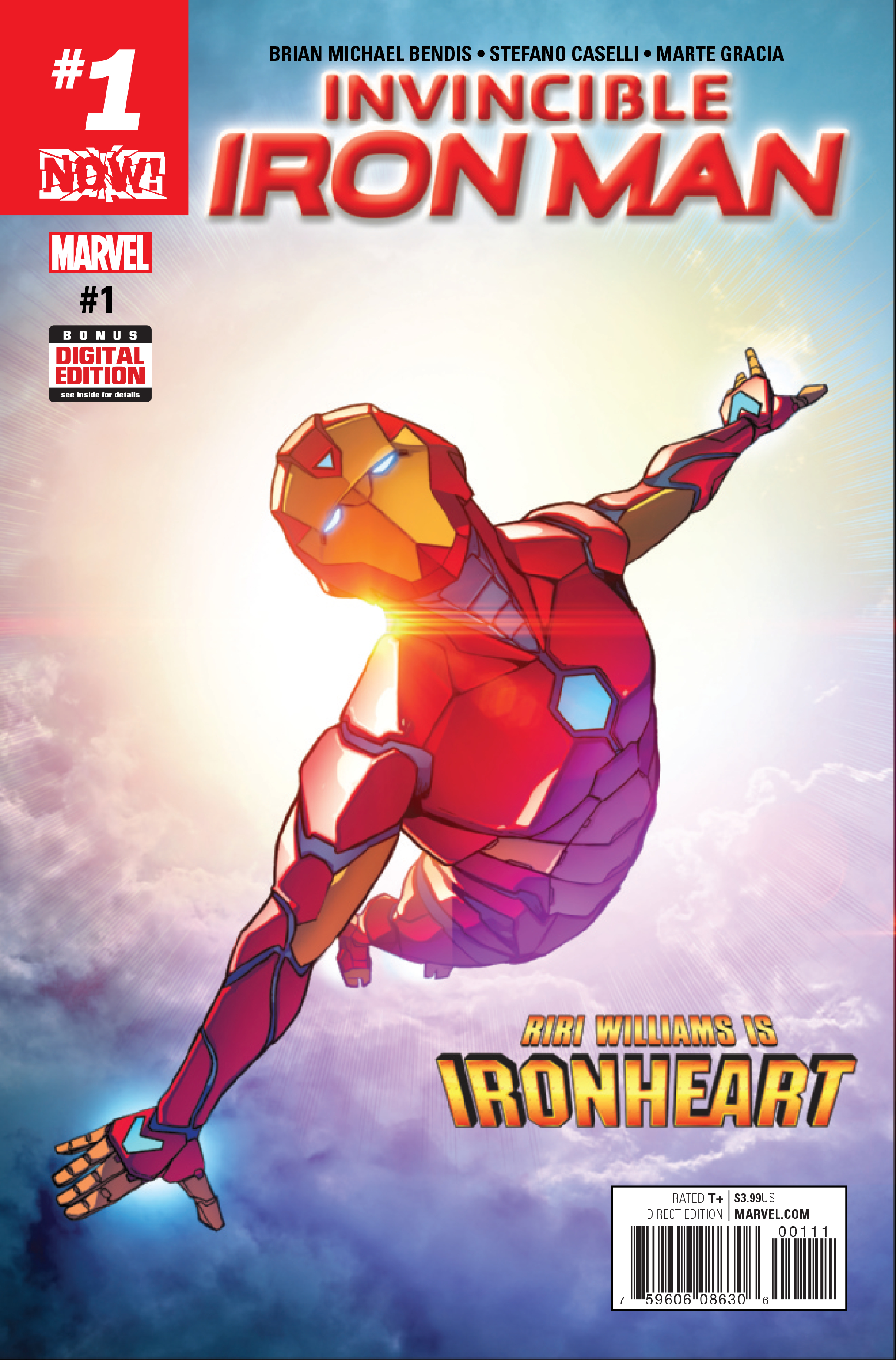 Enter Riri Williams: a 15-year-old black girl from Chicago.  Riri is not your average youth — she’s a super genius and a super-hero with a knack for mechanical engineering.

She’s also your new Iron Man.  Like Spider-Man, Daredevil and countless other super-heroes, Riri is no stranger to tragedy.  As Marvel is wont to do, they’ve created a very likable, flawed hero.  Furthermore, Riri is something of a game-changer.

Riri is far from the first female character to serve as a female counter-point to an originally male character.  We’ve seen females take up the mantle of Thor and Hulk, to name just a couple.  She’s also not the first iteration of a character to cross racial barriers — Brian Michael Bendis (Daredevil, Civil War II) also created Miles Morales, a black and Latino Spider-Man first introduced five years ago.  Riri’s uniquely situated in the burgeoning conversation around representation in comics.  She’s a young, black, highly intellectual female who’s taking up the mantle of a character who has been responsible for a billion-dollar solo film on the silver screen.  If this first issue is any indication, Riri — codename Ironheart — is up to the task.

Bendis is at his best when he gets the opportunity to write stories that center on individual super-heroes, and no doubt this is a special one.  Invincible Iron Man #1 is an emotive tour de force.  Bendis introduces readership to a five-year-old Riri in the first pages.  However, the seasoned writer doesn’t linger for long, providing glimpes of Riri’s development as a hero and a young person.  In 24 pages, Bendis addresses several pertinent topics while telling Riri’s story –the disconnect between teenagers and their parents, single-parent families and interactions between young people of color and police.  All the while, Bendis does this organically as we get to learn more about Riri, raising these issues conversationally rather than from the pulpit.

The artwork by Stefano Caselli (All New Inhumans, The Amazing Spider-Man) and Marte Garcia (Cable, Wolverine and the X-Men) is superb.  This duo worked together on The Amazing Spider-Man, and it’s great to see Caselli’s pencils and Garcia’s colors working in tandem on this much-anticipated issue.  Caselli nails Riri’s facial expressions, which range wildly from devastated to joyful.  The pencilling is the emotional core of the issue, and Garcia’s color pallet helps set scenes’ differing moods.

BUY!  Marvel is really on a role with embracing diversity and actively engaging its audience in the ongoing conversation around representation.  Though Riri is hardly the only new Marvel hero that’s a person of color, however, she holds a unique place in that she takes the mantle of a major flagship character.  She is poised to make as big of an impact as Iron Man as Miles Morales has as Spider-Man, arguably a bigger one.  Bendis does Riri justice in this inaugural issue, and the art team compliments his moving story with stellar visuals.  By buying this issue, you’re not only picking up a great story.  You’re telling the comics industry that you support increasing representation of nonwhite females as highly visible franchise characters.