In this episode the team finds themselves in the thick of the Civil War when they notice a time aberration caused by a Time Pirate. Upon their arrival they 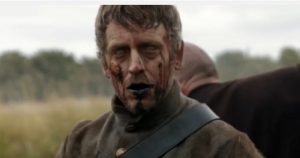 find that some Confederate soldiers have been turned into zombies. In their initial skirmish, a courier is killed that was to deliver enemy plans to the Union. With that development, the team learns that as a result the Union ends up losing the war, and the country is split. Jax and Amaya then go undercover as slaves to fulfill the job of the deceased courier.

With Jax and Amaya on their mission, Sara and Nate seek out General Grant to warn them about the zombies. Back on the Waverider, Ray and Stein end up having their own issue as Mick turns into a zombie.

This episode was another that feels that it stands on its own and doesn’t progress the overall storyline of this season much. It was still a solid episode that was more interesting based on the three separate dual pairings. It was an effective way of getting each player proper screen time that was worthy. 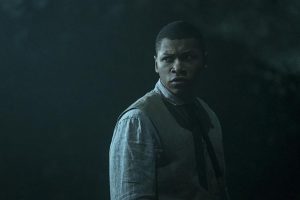 ine came from Jax and his emotional journey. It was great to see where he starts at the beginning of this episode and how he progresses after seeing what slavery was truly like in person.

What will also be interesting to explore is Ray’s journey to become a hero without his suit. I tend to think that he will eventually get the powers of the Atom in the books without the suit. However, at the end of this episode Mick gives him Snart’s Cold Gun, and says he needs a new partner. This could be a lot of fun, as these two have had a lot of chemistry since last season. However, it would also be great to see Atom closer to the comics iteration.

According to TVSeriesFinale.com, ratings were pretty level this week. It scored a .60 in the 18-49 demo and 1.745 for total viewers. It also probably made up some ground against the other CW shows as it wasn’t up against the World Series. Despite that, it is still the 5th highest rated show on the CW.

“We were attached by zombies, and somebody put sprouts on my sandwich.” Mick