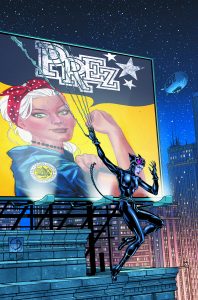 TRANSFORMERS: Til All Are One – REVOLUTION #1 – Mairghread Scott & Naoto Tsushima

>  Throughout this run, James Robinson has restored the heroic Wanda Maximoff to the MU    firmament as she acts on behalf of others, and over these last few issues, she’s begun a quest to uncover the mysteries of her own past, and it’s been glorious.–Bob