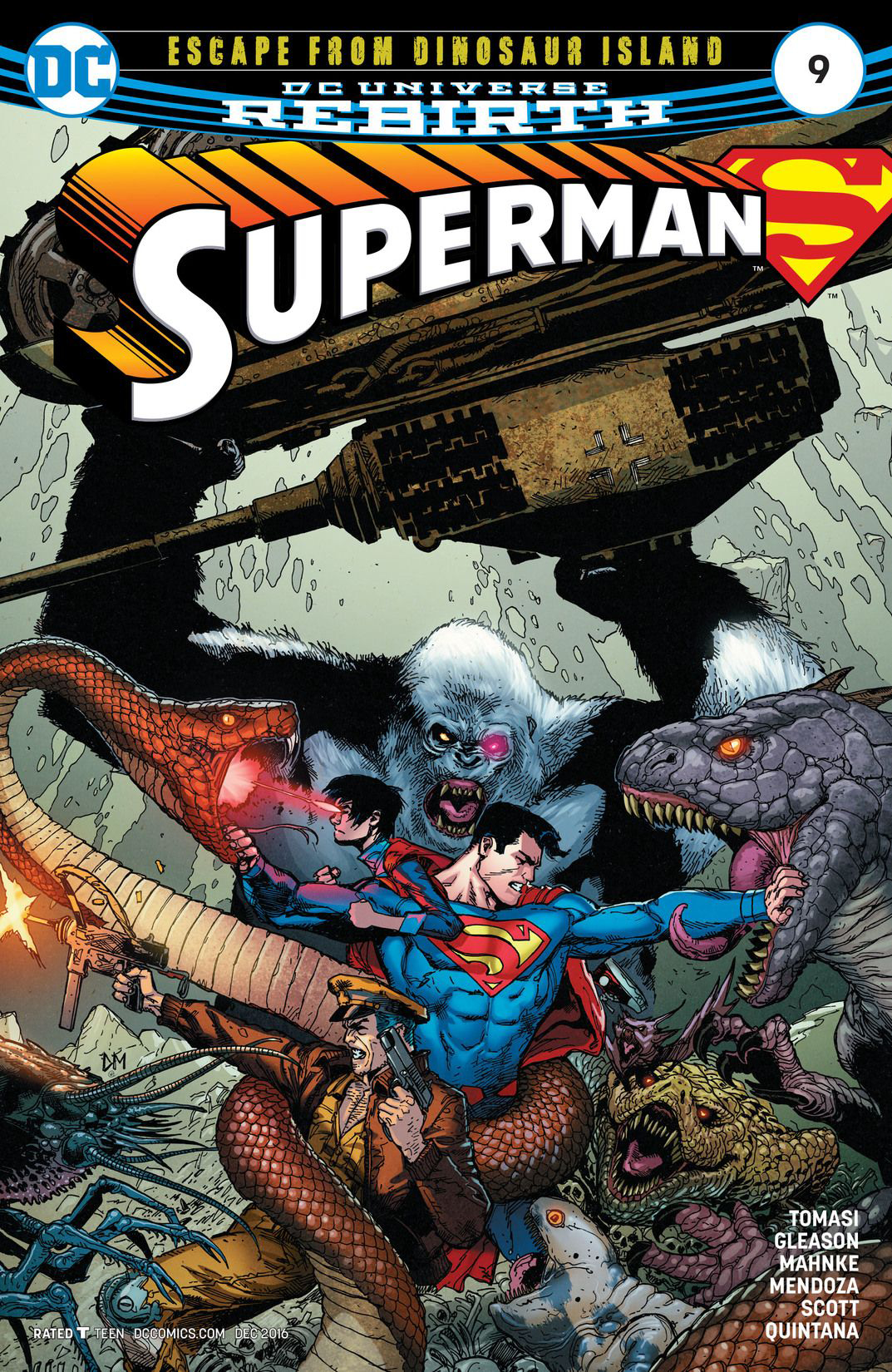 Superman #9 brings us part two of “Escape From Dinosaur Island.” Clark and Jon run into Captain Storm, who has lost all track of time since being on the island. Superman carves him a new leg with his heat vision and then they team up to get the transporter back to get them all out of there. In the end, they succeed, but Captain Storm ends up staying behind.

It was surprising that they manage to find the transporter just one issue after landing on the island, but with the way it ends, it isn’t over just yet. The story and art are solid on this run of Superman so far. It will be interesting to see how they continue with this arc with the recovery of the same tech that The Octopus was using in the first arc.

If you dig lots of action, you get that with the second half of this issue. It’s another timely monster theme considering it’s October and we just had the “Night of the Monster Men” crossover. Krypto, Jon, Superman, and Captain Storm make a good team and hopefully we will be graced with more of that in future issues.

The first half of the issue is a little slow if you’re all about the action, but that does pay off in the end. With their arrival back, Superman tells Jon that they’ll find a way back to find the answers they’re looking for and they’ll do it together. This arc is already further exploring what Jon is and isn’t capable of at the moment in regards to his powers.

The story and art have felt very consistent with this title and it’s refreshing. Not all of the Rebirth titles have had that advantage. This creative team is impressive and Superman is a title that I continually want to follow.

Verdict: Buy. This is a great story between a father and son who each have their own obstacles that they have to overcome. Jon has to learn to hone his powers and Superman has to find a way to teach him that he can’t do it all at once. Not to mention the actual bad guys they’ve had to deal with. This title is a must-read in my opinion.