A Visual Review by Written by Steve Seigh 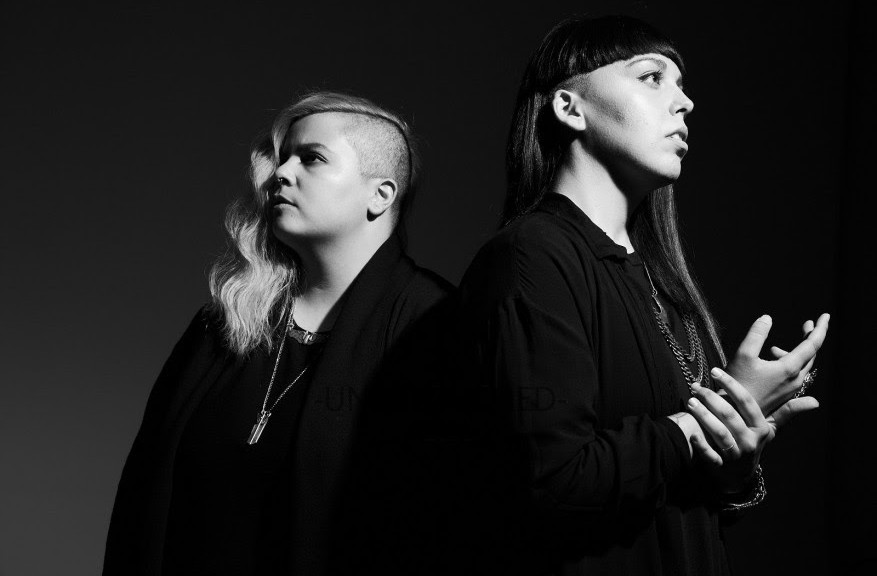 On Saturday evening at the Le Poisson Rogue Nightclub in Greenwich Village, New York City, Terra Lopez of the enigmatic California-based band Rituals of Mine, held my face in her hands. As she belted out the lyrics, “Clap along and I’ll be your devoted girl. The only!”, I felt our foreheads press against one another and I shut my eyes. Through the black of my shuttered lids, I saw light. Violent bursts of pink, blue, and purple had gathered to swarm around me like so many fireflies blazing against the pitch. Next, I felt her hand on the back of my neck. As we swayed in unison, Terra ferociously declared, “Clap along and I’ll be your devoted one. The only!” And just like that, the fireflies that had gathered inside of mind’s eye were set ablaze. As the colors roared, Terra danced away – tracing my slacked jaw with a crooked finger while crooning, “For you!”

In that moment, I felt like I was the only person in that room.

Formally known as Sister Crayon – Rituals of Mine are a band on the rise, and deservedly so. Fresh off of their tour with the legendary metal band, Deftones, it was made clear this evening that, Terra Lopez (vocals), Dani Fernandez (percussion), and new drummer Adam Pierce are swiftly turning heads with their synesthesia-inducing brand of electronica. While metaphorically bleeding on stage in support of their new record, entitled Devoted, the band unleashed a torrent of beautiful noise that creatively pulled from elements of Trip-Hop, R&B, Soul, and Glitch-Rock.

As the band continued to demolish the stage, there was no din of rude water cooler conversation from undesirables in the crowd. No. All around me were wide eyes, shining teeth, and heaving chests. Through my labored breathing, I followed with watering eyes, the hair and limbs cyclone that was Terra. As her body whirled and crumpled to the atmospheric tones of her sister-in-synergy, Dani, it was clear that the night had just been turned up to eleven. There to lend thunderous depth to the sweeping synth arrangements was Adam, his drum sticks ricocheting off of his chrome kit in rhythmic, concussive blasts. The performance was truly something to behold, as the  talents of these three artists came together to form a triforce of audio-sensory theater.

Rituals of Mine aren’t just a band to watch, they’re a force to be reckoned with. If you find yourself fortunate enough to be in their area, you had best find a way to be in the same room when they explode in sound and color. 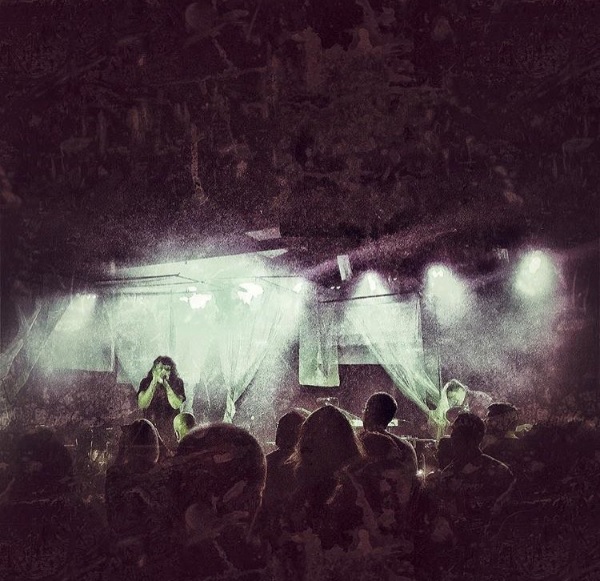 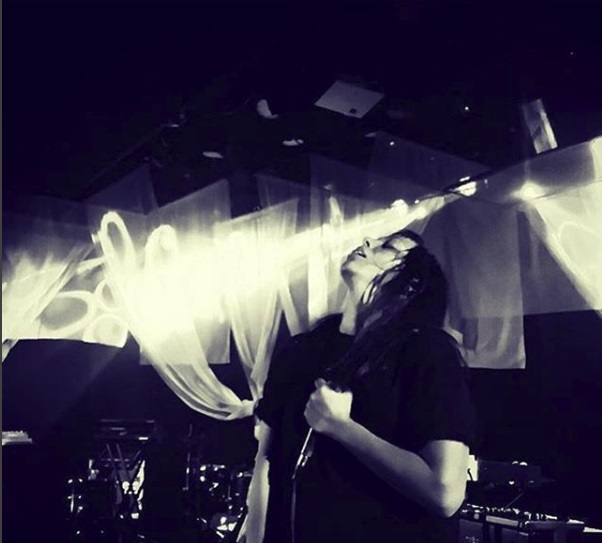 The above photos were taken from the Instagram accounts of Terra Lopez and Rituals of Mine, courtesy of Warner Bros. 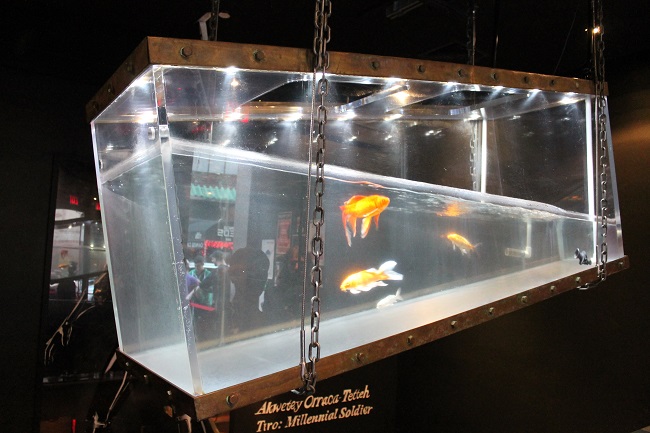 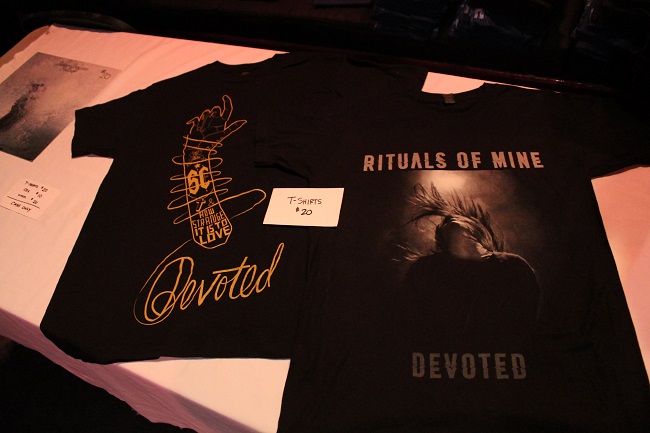 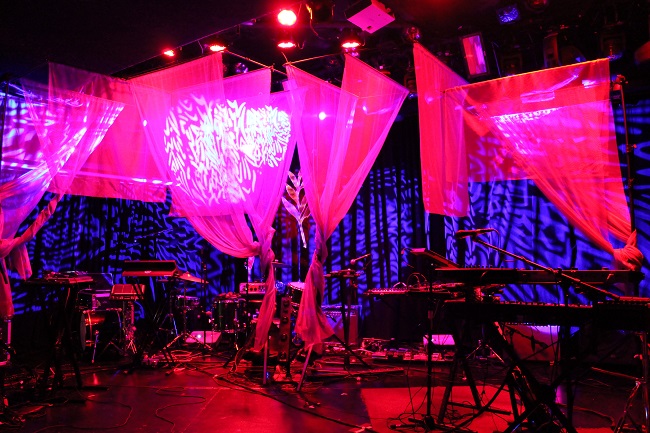 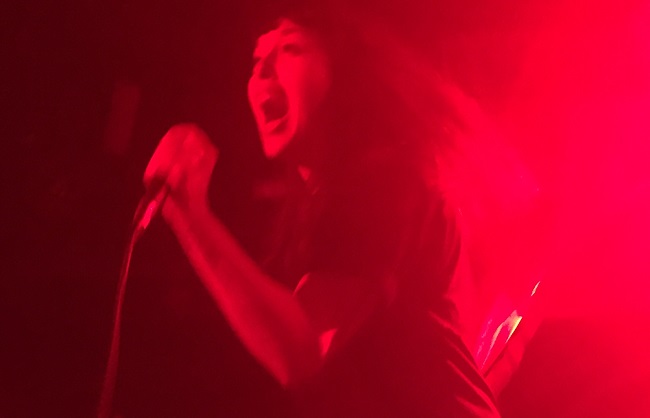 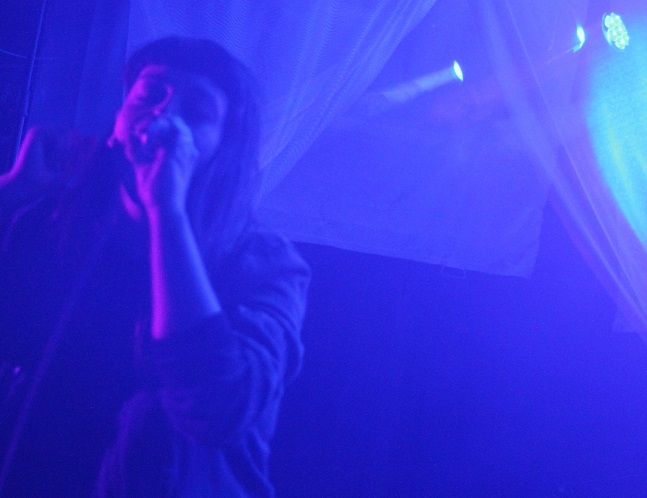 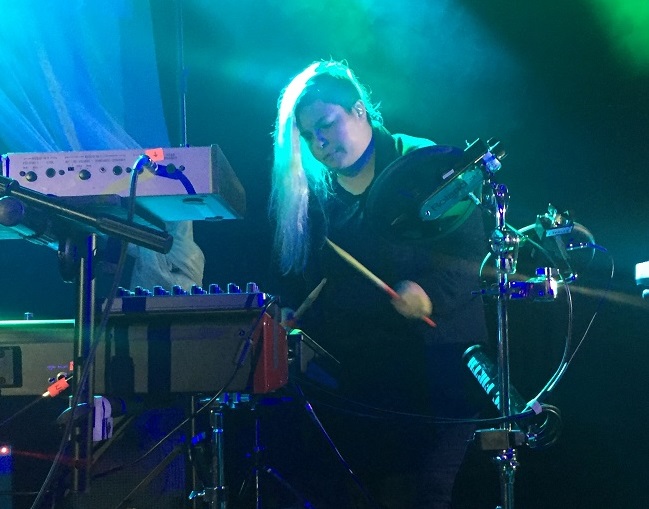 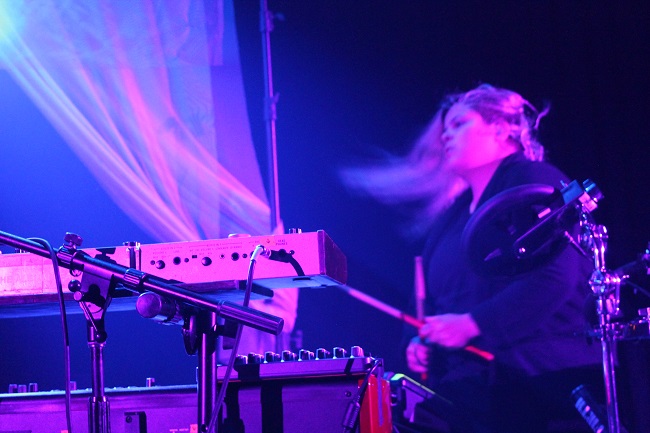 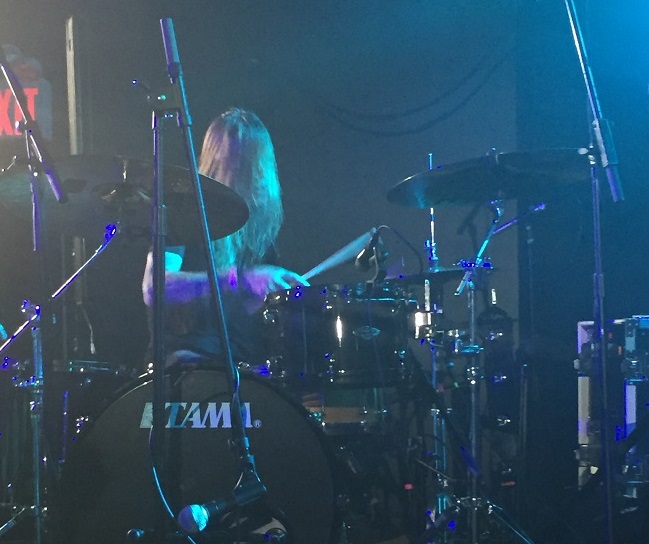 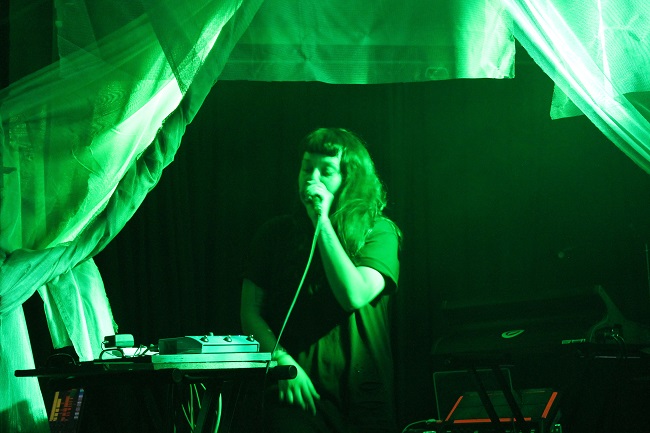 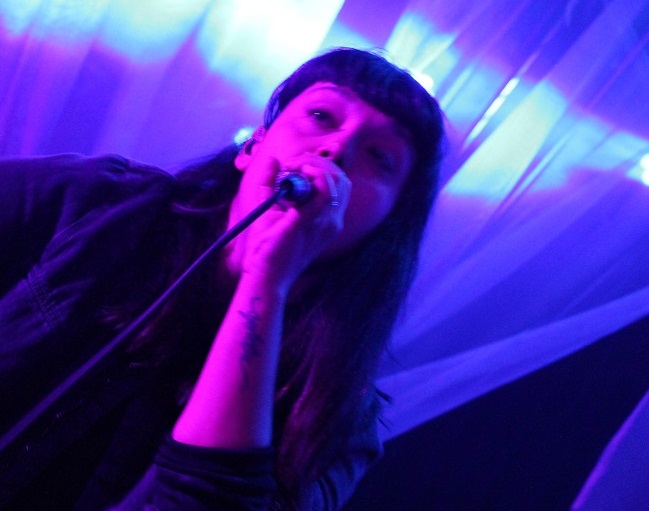 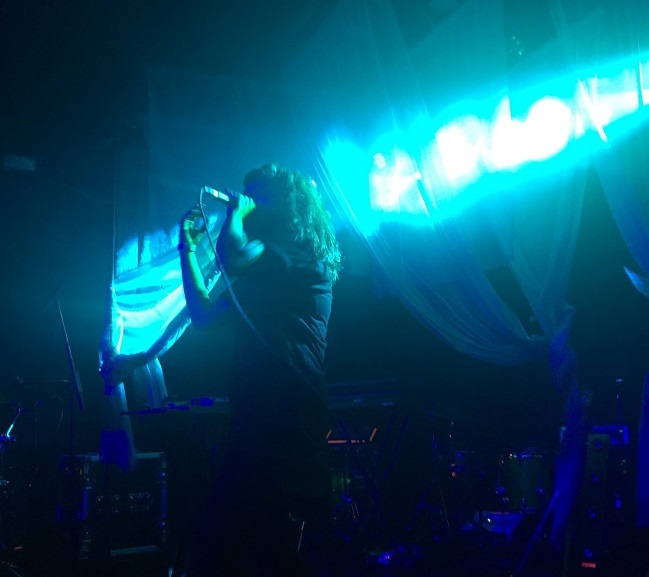 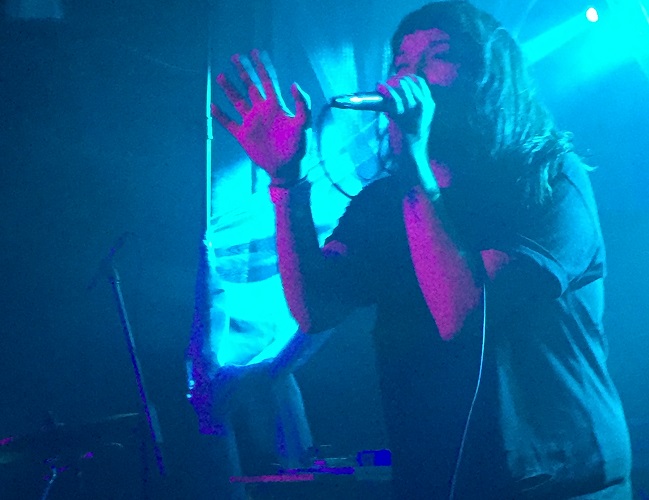 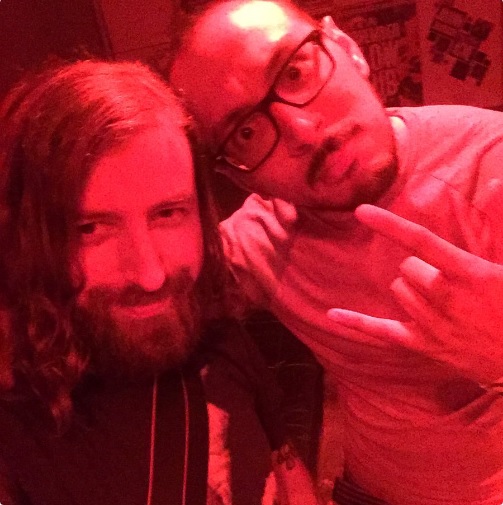 Joey Braccino in the house! 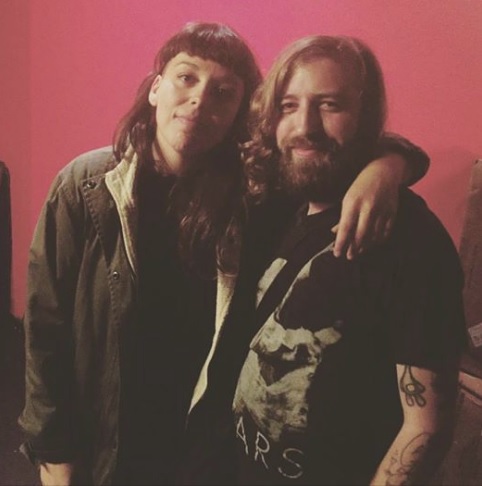 Listen to “Ride or Die” here

Rituals of Mine are currently on tour with The Album Leaf until September 27th, 2016. After that, you can catch the band as they join Tricky his Skilled Mechanics Tour.

Rituals of Mine are set to release their album, Devoted, on September 30th, 2016 courtesy of Warner Bros. Records. You can pre-order the album here.