PODCAST START! This episode we focus on Ex Machina, one of the more criminally underappreciated runs from Brian K. Vaughan. The story follows Mitch Hundred, an engineer who accidentally gains the ability to communicate with machines. Instead of simply being a mild-mannered man that turns into a superhero, Mitch is a mild-mannered man that becomes a superhero, saves thousands during 9/11 and then becomes mayor of New York. Of the many factors that this comic has going for it is the dynamic and photo-realistic art of Tony Harris. This run sparks many discussions that range from the photo-realistic debate to the complications of whether this series is insulting to the horrific events that happened 15 years ago or successfully employees the serious subject matter in a successful manner. One of our more longer runs makes for one of our more interesting discussions. 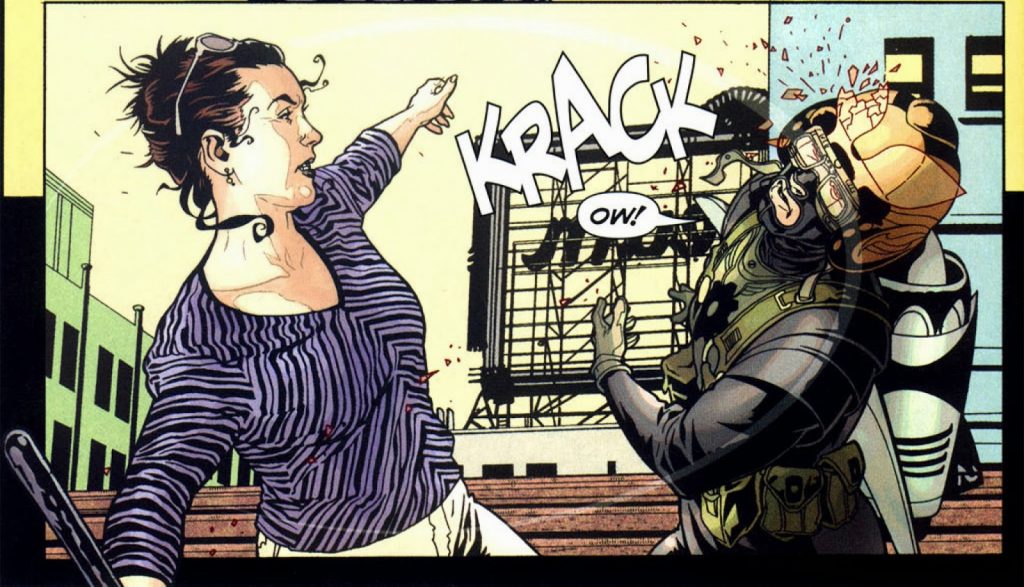 Make sure to check in with us next time when we discuss Walt Simonson’s Thor. We will also be releasing the schedule of episodes that will cover us until the end of 2016!

You can listen to our episode here!

Never miss an episode by subscribing to us on iTunes.