My August shojo haul was intense, y’all. So many good installments in some of my favorite series, the ending of one series, and great reprints of some classics. Check out the shojo manga volumes I read that came out in August! 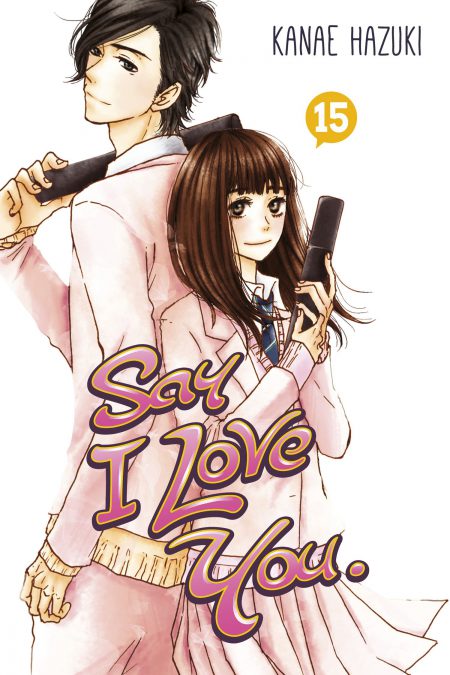 Ren continues to pine over Mei. He knows Mei is in a relationship with Yamato and happy, but he cannot deny his feelings for her. Ren is much like Mei was at the beginning of this series: quiet, apprehensive, and antisocial. Mei doesn’t discount his advances; rather, she appreciates the friendship he’s given her and the advice for her future. It’s a delicate operation, rejecting a friend who has developed feelings. Mei and Yamato also have delicate waters to navigate. After graduation, they have to plan their college or technical school enrollment. Yamato wants to pursue photography, and Mei wants to go into childcare. They have to figure out if there is a way to continue their relationship at the same college or if they have to come up with a different plan.

Say I Love You. is standout shojo. The events are typically “quieter”; that is, they read as more internal conflict than external. The art is stylistic, which can take some time to get used to at first. The payoff is worth it. Fifteen volumes later and Kanae Hazuki promises to keep the drama going beyond graduation. 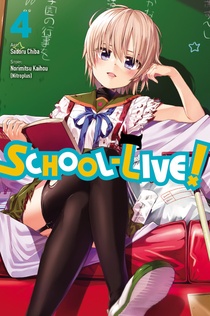 I wouldn’t necessarily call this series strictly shojo. It reminds me a lot of Puella Magi Madoka Magica in that the main characters are women and the story is primarily action. Romance and drama are not the center stage here; rather, it’s survival and friendship. Volume four opens with the endangerment of Karumi and the possibility of losing her to the virus that is sweeping through the school. Normalcy is another factor that plays into School Live: survival is key, but let’s not sacrifice our humanity. With danger all around them, the girls continue to focus on their schoolwork.

While it may seem odd on the surface, their studying is an important aspect of this survival story. The girls plan on living beyond the challenges they face right now. They discuss college vs work force, and they are legitimately considering their futures in a “normal” frame of thinking. It’s quite optimistic, which means any future setback (or death…) will hit twice as hard.

The Heiress & the Chauffeur volume 2 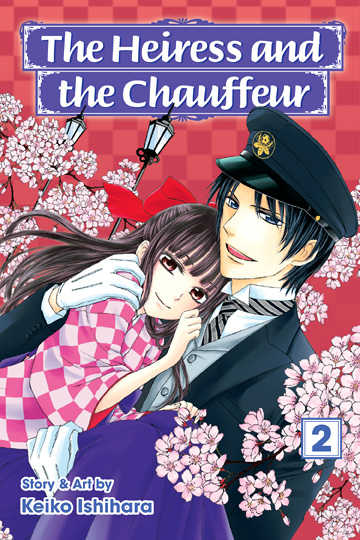 Sigh. I love endings to stories, but this one came too soon! I love this story so much. Sayaka is a rich young woman from a family trying to rise in social standing. Narutaki is her chauffeur who has stood faithfully by her side since childhood. Society dictates they cannot be together, but the two cannot deny the feelings they have for each other. Sayaka is Narutaki’s entire world, and he must sit aside as she is courted by nobility.

Cognitively, I know prolonging this story beyond its ending point would be dragging it out. Really, The Heiress & the Chauffeur left me wanting more. Luckily, the two volumes are easy to go back to and reread multiple times. My eyes are peeled for another Keiko Ishihara series. 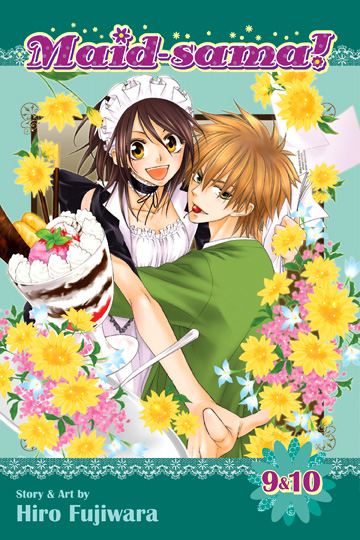 If you aren’t jumping in on these reprints, you need to change that. I’m loving the format of 2 volumes in 1, and it’s a great opportunity to dive into a classic shojo series. It is ADDICTIVE. One thing I love about shojo is the will-they-won’t-they of some of the relationships, and Misaki and Usui are the epitome of that type of shojo device. In the last 2-in-1 (volumes 7 & 8), Usui and Misaki confessed their feelings for one another. This collection picks up after that milestone with the “what next” aspect. Now that they know they like each other, the paranoia sets in. Misaki doesn’t want Usui to impact the upcoming election with his popularity, and Usui might have something hiding in his past that surfaces with the introduction of a cute new teacher (gasp!).

When it comes to great shojo heroines, Misaki is up there. She’s smart, strong-willed, and wise. On top of that, she’s not ashamed of who she is and what she does. She doesn’t wilt in front of Usui, but has a natural, romantic reaction to him once they decide to move forward as a couple. It makes me giddy when I see Misaki take initiative and move the relationship forward on her own terms. 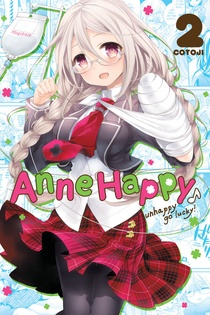 Hibari, Hanako, and Botan are the most unlucky girls in their class of unlucky people. They come in last place in a class competition, and their punishment is to find their lucky items. Hibiki and Ren, fellow classmates slightly less unlucky, can’t stay away from the trio and end up helping them look for what they need.

Anne Happy is a fun, lighthearted manga series. It is comedic in nature, and a certain amount of suspension of disbelief needs to occur to fully enjoy it (a curriculum where the students have to learn to be lucky?). There’s a bit of odd fanservice, but not enough to be extremely uncomfortable. Regardless, the series features interesting predicaments and creative storytelling.

So Cute It Hurts!! volume 8 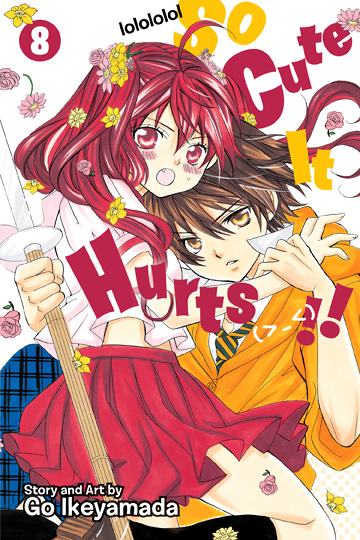 Uesugi convinces Megumu to go on a date with him through blackmail. Meg’s decided that she’s got to make herself as unattractive as possible to dissuade his advances. What started as a ploy to get at Aoi turns into more than an innocent crush for Uesugi. Meanwhile, Azusa is dealing with a stalker and refuses to ask for help. Mitsuru won’t stand for that.

So Cute It Hurts!! started out as a gimmick has turned into a genuine joy to read each installment. The twin-switching-places plot can be tiring, but the reveal was handled early and well. Now, the twins just switch as needed without having to hide their genders from their crushes/romantic interests. 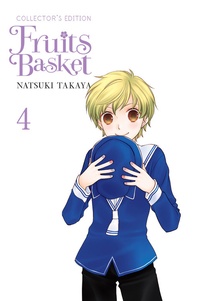 Much like the previous collector’s editions, this one is just as well-presented (they look so good on the shelf!). A new zodiac shows up and causes some trouble for Tohru. He may be a little jealous about the relationship Tohru has with Kise. My favorite part of this collection is the story featuring Tohru’s mother and her history as a gang member. The mother’s story intertwines with Uo’s history in girl gangs. The collection also touches on thinking about the characters’ futures as well as finding a reason for living. 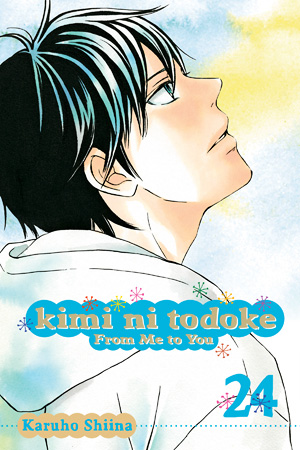 Like Say I Love You., this month’s kimi ni todoke features a story thread about what high school students in love will do after graduation. Chizu has to decide what her relationship with Ryu will be going forward. Her decision hinges on Ryu’s: will he continue to play baseball? This particular moment resonates with me. The two teenagers obviously care deeply for one another, and they learn to sacrifice for another’s happiness. Sawako and Kazehaya are going through the same thing in terms of post-graduation. It kills me when you know what the characters are trying to say to each other but can’t muster the courage to speak plainly.

The volume ends with a cliffhanger that is heartbreaking. The pacing throughout the volume is a major factor is how the drama between the couples plays out, and it is spot-on. kimi ni todoke is one of the longer shojo series ongoing right now, and it’s worth to go back to the beginning and read from volume 1. However, the relationships are easy enough to follow jumping in with any of the more recent volumes. The recap page at the beginning of the book is a godsend to keeping everyone and their storylines straight. 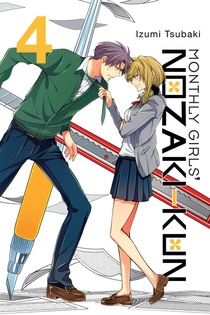 All manga fans need to read Nozaki-kun. Nozaki’s crew of inspiration and art support team are the most hilarious ensemble out there right now. This volumes features two of my favorite characters: Seo and Wakamatsu. Wakamatsu cannot stand being around Seo and her aggressive tendencies. He also cannot sleep without Seo singing. He doesn’t know that the woman on the tape he listens to is the woman whose daily actions are causing his anxiety and restlessness. I love this setup and how adamant the other characters are about never telling Wakamatsu the identify of the singing woman on his tape. The boys also have a night together bonding without revealing their identity as art assistants to each other. Classic!

The structure of the manga is different from the others on this list (and most manga), but it works beautifully. Each page has a set up and a joke on it, and there are overarching plots that are both compelling and hilarious. 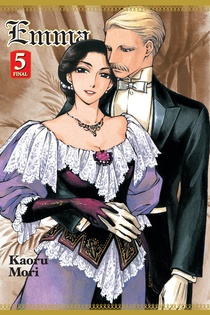 I binged hard on Emma last weekend. I had wanted to read this series for some time (I love A Bride’s Story by Kaoru Mori), but just needed a push. My push came in the form of this beautiful book collecting volumes 9 and 10 of the manga series. Hardcover, double-sided dust jacket, and no corners cut. Seriously, I’m in love with this edition.

This final collection features individual stories of background characters that have come in contact with Emma or William at some point during the main story. We learn more about Eleanor after the engagement is called off, what the Mölder’s household staff are up to, and Teo’s night out on his own in the wilderness. Don’t fret: we get some great Emma and William moments here. The manga series ends perfectly with this collection. If you are a fan of stories of class differences, intricate period artwork, and romance, you need to read Emma.

What manga series did you read last month? Any I mention spark your interest? Let me know in the comments!

Thanks to Yen Press and Viz Media for providing review copies of their books. All images are from publishers’ sites. The Heiress & The Chauffeur is the featured banner image and my personal pick of the month.