Taking the Long Way: The Super-Heroine’s Struggle for Respect
As presented at the Connetquot Public Library (8/8/16) by Bob Reyer

In answer to many requests…

Really, Robert, “many”? Isn’t that a bit of an over-statement, darling? (@udrey)

Well, Audrey, some of the lovely folks at my LCS couldn’t make it, there were those nice people at Hoptron, the craft beer place, and heck, you weren’t there either!

I was picking out a new hat for the occasion, and just couldn’t make a choice in time! I’m so sorry, but I’ll promise to watch whatever it is you’re rambling on about this time. It’s good to humour Robert in these moments, darlings, as he always does mean well, even if he’s a mite curmudgeonly in his dotage. (@udrey )

Anyway…as a regular habitue of my local library here in Bohemia, New York, the folks at the reference desk have heard me opine on all sorts of comics-related topics, and despite that, they believed that others might be interested in hearing a talk on some of the larger issues surrounding the medium. After some consultation as to what might be the best fit, it was my distinct pleasure to be invited by Rebecca Grabie and Janet Eagan of the Connetquot Public Library to give a presentation on the topic of super-heroines, as they were intrigued by an article I had written that appeared both here at Talking Comics and on the London School of Economics blog during their “Comics & Human Rights” week as curated by Dr. Maria W. Norris. (My humblest thanks to Dr. Norris for spurring the creation of the original  essay, as well as for her help on some of the thornier issues!) 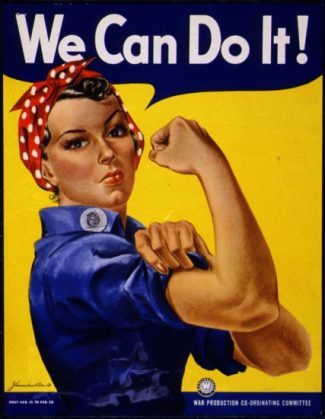 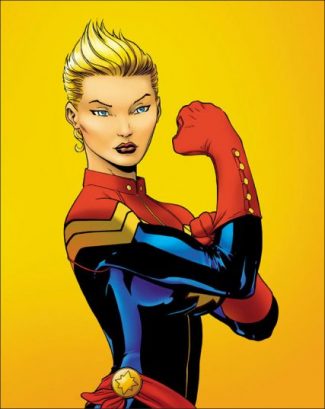 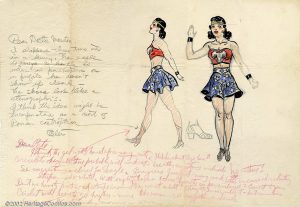 Using that article as a starting point, and with my usual state of high dudgeon in full swing thanks to some recent events and news stories, it was fairly easy to expand the piece into a full scale “lesson plan”, although I must say that it was being added to right up until the last minute as it seemed there was always something that I felt I had to include or else be thought a dullard. The biggest challenge was probably my computer non-expertise, as trying to create a PowerPoint presentation out of whole cloth with no prior experience in having ever even seen one was an interesting exercise, particularly when my lap-top ate half of my first attempt!

Well, rather than have me pontificate any further in print, I think it would be best to let you all see the final product of those efforts. Our Editor-in-Chief and technical guru Bobby Shortle has performed his usual wizardry, creating an audio/visual record of the evening  including seamlessly integrating the images from my slide show, and you’ll be able to see it by clicking on the link at the bottom of this introduction. Before I go however, I’d like to extend my gratitude to Rebecca Grabie and Janet Eagan of the Connetquot Public Library for their faith in my abilities,  with a special tip-of-the-cap to Ms. Grabie, who went above-and-beyond by setting up a great table of “Related Reading” (as well as a super-cool bookmark!), that will be transitioning into the Library’s new “Graphic Novel” section.

A  special thanks go to everyone who came out that night, particularly those from our Talking Comics family, some of whom travelled good distances to attend. (Yes, that means you, Joey Braccino, for coming all the way from Jersey City!) The folks in the audience seemed to enjoy what they heard, but I await your review…