It’s no secret that I’m a fan of the romance, drama, fantasy, and friendship that comes with a shojo title. Frankly, I read a lot of new shojo volumes this month. So, as a summer treat, here is a recap of a few of my favorite titles that released this past month. Enjoy! 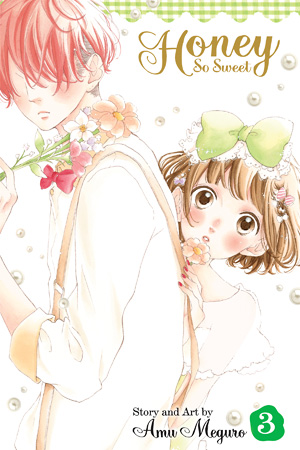 Onise and Nao are growing closer in their relationship, but it’s not smooth sailing. Sure, Nao has looked past the juvenile delinquent image Onise has, and has comes to terms with the awkward feelings she developed for her young uncle who has guardianship (drama). But the real test of the relationship is looming: Can they use each other’s first names? Added to that pressure of intimacy is Onise’s best friend, who has decided that he wants Nao all to himself. The two threads of drama – the hesitation of intimacy and the growing threat of another suitor – never overwhelms the reader. Rather, they lace together nicely for a natural progression of a school romance story. 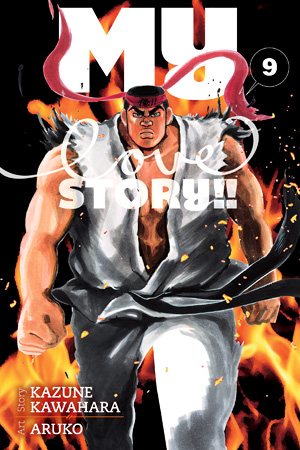 Yamato loves her new job at the pastry shop. It’s a challenge, for sure, especially because Ichinose starts to develop feelings for her. Yamato’s love for pastries fuels her desire to do well at her first job. Takeo does his best to support her, realizing that he has to sacrifice some of his time with her for her new job. That would be fine, except that Ichinose has demanded that Takeo break up with Yamato. Ichinose believes that Yamato would be happier with him than she is with Takeo. Takeo’s low confidence in his relationship suffers from this assault. Meanwhile, he struggles to call Yamato by her first name (seems to be a theme this month…). As usual, My Love Story!! continues to be a standout shojo series because of the interactions of characters and how they subvert the genre.

Forget Me Not vol 3 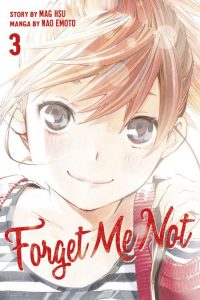 Serizawa’s romantic encounters continue to unfold as he makes his way through his first year of college. Yamaguchi seems nice enough – she’s quiet, girly, and eager to please. But he can’t help but think of Makino, the bold, aggressive, frantic young woman he befriended. Makino seems to have little to no interest in him romantically, but that doesn’t mean things can move forward quickly with Yamaguchi.

Serizawa is much more likable as the series progresses. Or maybe I’m becoming immune to his personality. Either way, I’m far more interested in knowing the women he encounters than him. Regardless, it is interesting to get this type of story from a male perspective. 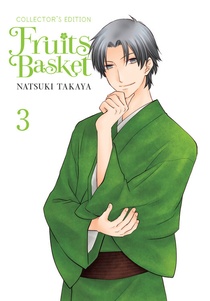 Yen Press began reprinting the shojo classic Fruits Basket in these awesome, oversized editions. The format itself is fantastic, and they look pretty slick on a bookshelf. But the best thing about the reprint is the reintroduction of Fruits Basket to the manga audience. Tohru is a young woman who comes to live with the human embodiments of the Chinese zodiac. When they are hugged by a member of the opposite sex, they turn into their animal. It is such a fun concept that lends itself to silly antics and a lot of accidental hugs.

Collector’s volume 3, which correlates with volume 5 and 6 of previous editions, has a lot of growth between Tohru, Kyo, and Yuki. My favorite quote from this collection is one from Yuki, “I don’t believe you can like yourself until someone else says that they like you first.” It goes against the common thought that you have to love yourself before others love you. Rather, it presents the idea that loving and liking have to be modeled and taught to people. Children who have not experienced being liked by another person would struggle to like themselves. Coming from Yuki, it is quite remarkable. 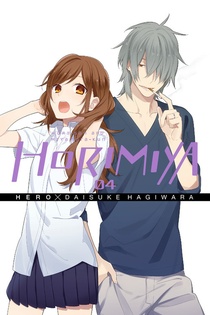 I’ve written about Horimiya in the past, and this series continues to blow me away with each installment. Miyamura totally knew that Hori was awake when he said that he liked her. These two have been dancing around their feelings for three volumes now, and it’s about time they took the next step. What I really appreciate about Horimiya is the realness of the relationship presented. Miyamura fears that he upset Hori with his confession, and Shindou helps Miyamura figure out why he told her his feelings:

Miyamura reflects on Shindou’s comment, and realizes that he does not want anyone to take Hori away from him. Miyamura still has to deal with his outward appearance, which is drastically different than Hori’s. The two leads take huge strides in this volume, but not without me biting my nails out of nervousness.

Aya Shouoto’s latest series from Viz is figuratively killing me right now, in the “I need the next volume immediately”. Until that arrives, I guess I’m going to have to sit and imagine how that powerful cliffhanger pans out.

Volume 5 contains much of what we’ve come to love from Demon Prince. Himari interacts with the spirit world through the eyes and protection of Aoi and his Nue form. With the other ayakashi in the Momochi House, she has truly come to build a family. She also gets to know her new family members better, especially Yukari (remember in the last volume he said he was a human turned ayakashi because of the sin of eating human flesh!?). Nefarious deeds are at work as some higher being is placing curses that impact Himari and the Momochi House family.

Shouoto’s artwork in this series is highly detailed, and she certainly draws some gorgeous fellows. The way she changes the demeanor between Aoi and his Nue form gives me goosebumps. I feel like he is staring down at me. There are some beautiful scenes involving Ryujin, the water god in the form of a dragon. Everything about this series has scratched my shojo fantasy itch that was previously fulfilled by the series Black Bird. 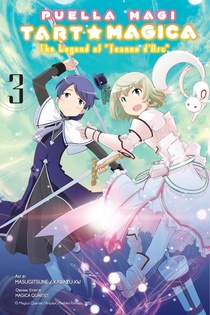 The anime Puella Magi Madoka Magica stole my heart, and I was incredibly happy to dive into the manga series that Yen Press releases. Not only do they have the manga adaptation of the crazy amazing anime series, they have a “what if” spin-off, an adaptation of the movie, a series where Homura comedically deals with Madoka’s nonsense, and a few in-world stories. Tart Magica is one of the in-world stories. At a point in the anime, Kyubey mentions that magical girls have existed throughout history. He names a few notable magical girls, one of which is Joan of Arc.

The manga series, three in all, tells the story of Joan’s part in the Hundred Years’ War. Joan, called Tart because of her illegible writing of her name (a sign of minimal education), becomes a magical girl to help lead France. The manga presents interesting interpretations of history through the Puella Magi world. Kyubey, spelled Cube in this series, is regarded as a sort of angel, and the magical powers granted to the girls are considered heavenly gifts. Additionally, the art team of Masugitsune and Kawazu-ku provide historical sidebars that coincide with the events in the fictional story. This story is a must-read for Puella Magi fans, but start from volume one. 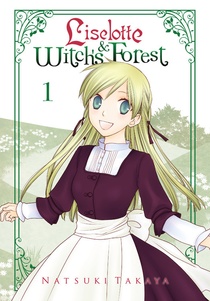 In addition to Fruits Basket, Natsuki Takaya has another release this month. Liselotte & Witch’s Forest is set long ago in a fantasy land. Liselotte is a young woman living in an isolated cottage at the frontier’s edge. She has two young companions to work to take care of her. She spends her days trying to find ways to be useful after a lifetime of uselessness. Hints at Liselotte’s past are dropped throughout the volume, and it would appear she is far more fiesty than the subdued and sweet woman we see.

The main plot of the story revolves around two points: Liselotte’s past and the witches in the forest. Liselotte is rescued from a witch by a familiar young man who may have something to do with her current state of isolation. The pacing of the first volume is great, and the hook to bring you back for a second installment is perfect. Takaya draws with simple backgrounds and expressive characters, and her comedy is just right. She’s shown what she can do with Fruits Basket, and I’m ready to see what else she has up her sleeves.

Behind the Scenes!! vol 2 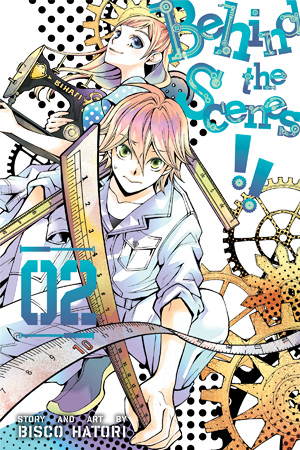 Bisco Hatori continues to knock it out of the park with her crazy cast of Art Squad members. Ranmaru is still trying to suss out his place among in his new club. Each person brings with them a speciality. Beyond that, the dynamics between the characters is fun. Ranmaru is the outsider here, and it is obvious that the Art Squad has a history between them. This volume is mostly several moments of the Art Squad working, but the cohesive story thread is the growing confidence in Ranmaru and the camaraderie he develops with his club members. Hatori injects humor and situational comedy throughout the volume. Just when you think you know what’s going to happen, she throws you for a loop. The end result is the perfect college comedy.

I hope some of these titles piqued your interest in the shojo genre. Or, if you are already a shojo fan, I hope that you found another series to jump into. Let me know in the comments or on Twitter what shojo series you read for the month of July!

Banner image is of The Demon Prince of Momochi House from Viz Media. (which is also my pick of the month <3)