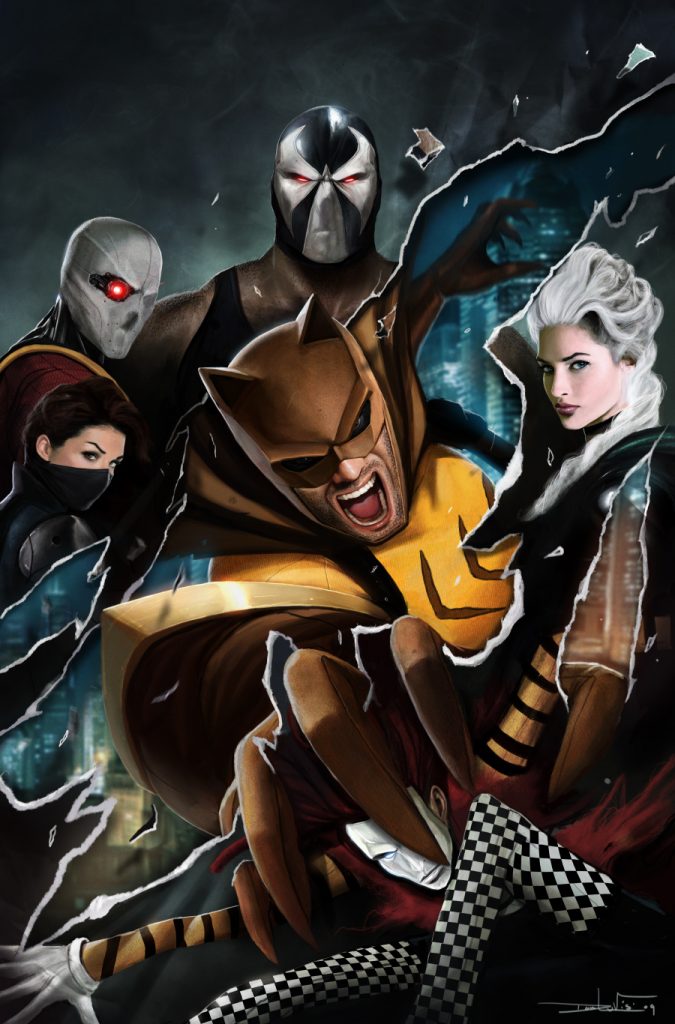 I would be lying if I said that the upcoming Suicide Squad movie wasn’t our inspiration for this episode. While there are a few connections to that property in Secret Six, I always felt that Simone’s comic was the better product. Given the number of request that we’ve had for it too, I can assume that I’m not alone. 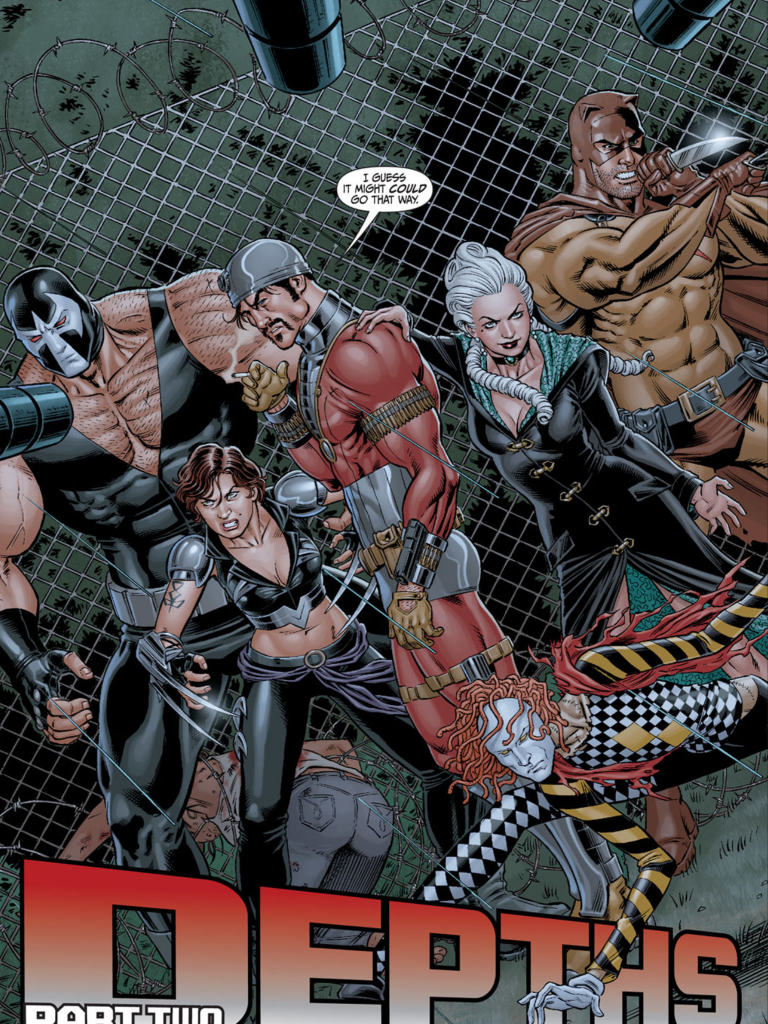 The origins of Secret Six might be lost on some of it’s readers. This wasn’t the first Secret Six of the DC Universe. The initial Secret Six had a series that lasted for seven issues about a team of six strangers who are asked to perform dangerous tasked by a masked individual named Mockingbird. These elements we’re used in the Villains United comic that begins the run that we are covering. Instead of six strangers, the team consist of villains with unlikely ties controlled by a different Mockingbird later relieved to be Lex Luthor.

The Villains Untied miniseries was a prologue to the DC Comic event Infinite Crisis. The events in the miniseries are heavily influenced by the exposed actions by the Justice League in Identity Crisis when they wiped the mind of the criminal Dr. Light. It was one of the many reasons so many villains joined the the Secret Society of Super-villains.

Gail Simone had already established herself as a recognizable name before working on Villain’s United and Secret Six. Before this series she worked on Deadpool, Action Comics and had huge success on Birds of Prey. Secret Six, however gave her more creative freedom due to the characters in the series not being very recognizable. It also gave her an outlet to demonstrate her talent for dark humor. As for her collaborator, Nicola Scott, this was one of her first major comic series to illustrate and where she created maybe her most famous panel, the Nightwing butt-shot. Don’t worry. We’ll talk about it plenty in the episode.

I should also mention that this is the first time we have talked about a female creator, whether it be an artist or a writer, on our show. It feels a little weird that it has taken this long, especially after covering comics like Batgirl and Wonder Woman, but that is sadly to world of comics sometimes. I’m glad that we are making up for it with two of the best. I also would like to say thank you for the kind words on our last episode. It was a thrill to talk with Terry Moore. It makes the episodes more informative when we can get first hand accounts on the creative process and I hope we get that chance in the future.

You can listen to our episode on Terry Moore’s Echo (with special guest Terry Moore) here and also on iTunes. If you have any questions or comments, please reach out to us at: