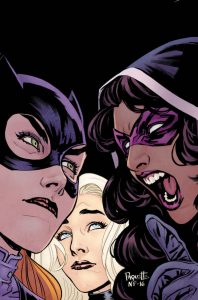 Birds of a feather yell together.