I spend a lot of my time preaching the gospel of shojo manga. Romance, drama, slice-of-life…I eat that up. But, my first love belongs to shonen manga. Shonen manga is a term that generally means “boys” manga, though that does not mean it’s for boys only. It only indicates that these types of stories have more action in them and typically feature male protagonists. Some of my favorites include Bleach, Fullmetal Alchemist, Rurouni Kenshin, and Death Note.

Part of my manga agenda here at Talking Comics is to introduce traditional comics readers to the world of manga. Yes, it can be intimidating at first, but diving in can be highly rewarding. One major comics genre is the superhero genre, where we get stories of powerful men and women struggling to do good in a broken world. High stakes, action, and impressive rogues are key features of any superhero story. They are also present in manga stories. Here are five manga series (four of which are currently ongoing!) that have elements of the superhero genre comics fans are familiar with. 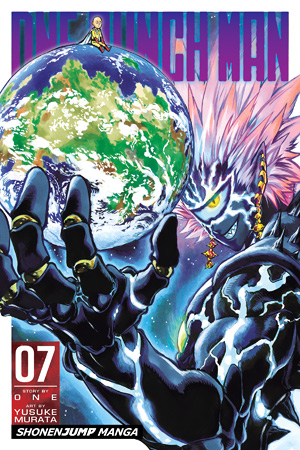 One-Punch Man by ONE and Yusuke Murata from Viz Media. One-Punch Man is one of the titles currently running in Viz’s Weekly Shonen Jump digital magazine ($25 a year for weekly installments of popular shonen manga – what more could you want?!). It had a successful anime last fall. Before all that, it was a viral webcomic about a man who could defeat any enemy in one punch. Saitama has an incredible punch, but he grows bored of easily defeating enemies. He struggles with his role as a hero, but he has found some sort of place among other heroes as part of the Heroes Association. Not every problem can be solved by physical might, a lesson that Saitama learns in the series. One-Punch Man is not without its humor. Saitama’s blank expression and simple remarks stand out next to the complex and intricate line art. The presentation is stunning as well; in volume 7, the creators slow down a move and parry to several double-page spreads that cause you to hold your breath. You end up immersed in the action as the punches surround you. Each page is highly detailed, which is juxtaposed by Saitama’s simple character design. You can read free chapters of One-Punch Man on Viz’s website. The manga is currently on volume 7, and volume 8 will be printed in October. 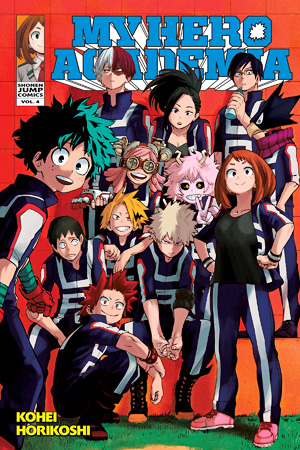 My Hero Academia by Kohei Horikoshi from Viz Media. My Hero Academia is another Weekly Shonen Jump series with a recent anime series. In this series, the world is populated by people who have “quirks”, or superpowered abilities. The majority of people have some unique ability, and becoming a hero is a real possibility for most children. Izuku has idolized the hero All Might all of his childhood and dreams of the day he can join him in the fight for justice. However, Izuku never developed a quirk. He is abnormal in that he is ordinary. Izuku and All Might do meet face-to-face, and Izuku learns the origin of All Might’s power and discovers there is possibility for him to become a hero as well. My Hero Academia is on its 4th volume, and volume 5 comes out early August. 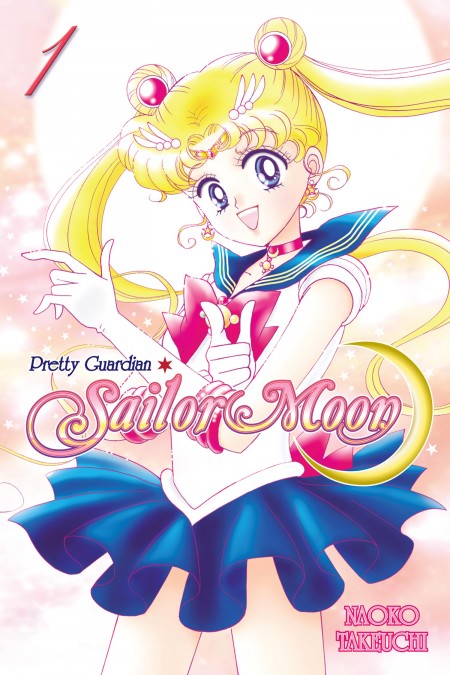 Sailor Moon by Naoko Takeuchi from Kodansha Comics. A classic magical girls manga! Many people my generation have at least some recognition of the Sailor Scouts. Usagi is a clumsy, average girl who becomes Sailor Moon with the help of a talking cat and a bit of reincarnation. Alongside her friends, Sailor Moon fights against the forces of evil and protects the world from utter destruction. The Scouts upgrade throughout the series to become even stronger. The story also benefits from the interactions between the different girls and their journey towards adulthood. It doesn’t hurt that Sailor Moon is filled with gorgeous art and humor. There are 12 volumes of this series, with 2 extra volumes of short stories and 2 extra volumes about Sailor V. The classic anime series is being rereleased on DVD and Blu Ray, and you can watch it on Hulu and Neon Alley. Sailor Moon Crystal is a modern retelling of the story currently being released. 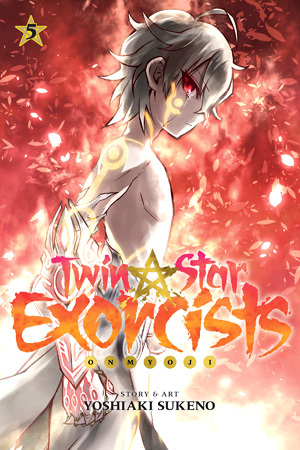 Twin Star Exorcists by Yoshiaki Sukeno from Viz Media. Twin Star Exorcists is another Weekly Shonen Jump series, featuring two protagonists that have a destiny. Rokuro and Benio are prophesied as a two people who marry and give birth to the ultimate exorcist. Naturally, as 14-year-olds, they are not buying that destiny. Rather, they both would concentrate on their own lives. For Rokuro, that means leaving behind the exorcist world completely. For Benio, it means becoming the strongest exorcist in the world. The two grudgingly accept each others’ strengths and battle against Kegare, underworld creatures that spread death, fear, and destruction in the real world. The action is a mixture of physical battle and supernatural fighting, with both Rokuro and Benio demonstrating strengths and weaknesses. There are currently 5 volumes of Twin Star Exorcists from Viz with more on the way. There is also an anime series you can watch! 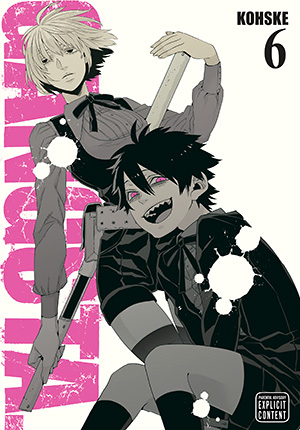 GANGSTA. by Kohske from Viz Media. GANGSTA. is best thought of a as a mixture of superhuman abilities and service providers. It is also the only mature readers series on this list. It deviates the most from the superhero genre, but retains elements of that genre that are often present when heroes are deconstructed. Things are less black-and-white in GANGSTA. than they are in other series, which makes it a complex story that complements the traditional shonen set-up. Nicholas Brown is a deaf man who possesses superhuman abilities from a drug. Nicholas consistently overdoses on the ability-giving drug, which complicates things for him and his partner Worick. Worick’s family employed Nicholas as a young mercenary, and the two escaped their abusive fathers as teenagers. GANGSTA. follows the two grown men as they provide questionable services to their community and deal with the growing threat of Twilights, those who take the drug to become superpowered. The series boasts a cast of characters that each act in accordance with their factions and to their own advantage. GANGSTA. is a lot more violent and gruesome than the others listed here, which warrants the M rating. The series is on volume 6 right now, and volume 7 hits shelves July 19th (I’ve already had a look at it, you’ve got to pick it up!). An anime of the series completed recently, and it is fantastic.

Are you a manga fan? What manga series would you recommend to fans of superheroes?