Man, I’m scared to do this episode. If I say something wrong, there is an army of Terry Moore fans who might murder me. It would be a just killing too, because Terry Moore is a comic creator that deserves the best. If you have ever met a fan of his work you know what I’m talking about. Characters like Francine and Katchoo from Strangers in Paradise are spoken of with the admiration that is usually reserved for an 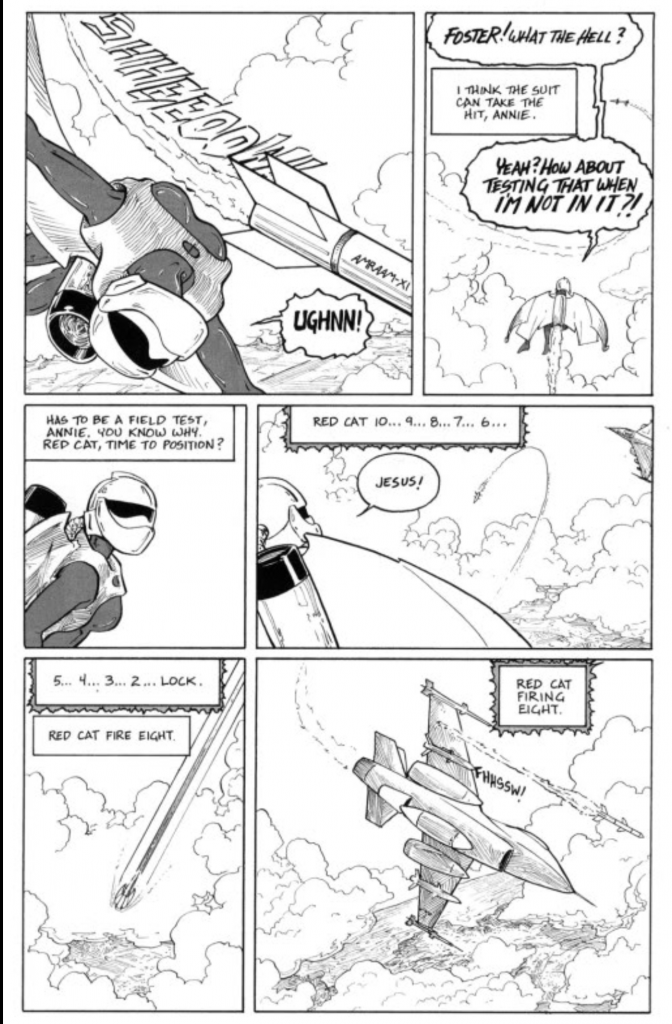 older sibling or close friend that impacted your personality and outlook on the world. Because of that, we are not doing Strangers in Paradise. It’s too big and we don’t want to rush the reading. A lot of our listeners use our podcast to hear about a run, and then read it  after we have summarized the main points. With Strangers in Paradise, it is best if you tackle it with a clean slate. We aren’t beyond discussing it, we just don’t feel like our current format best suits it. Echo, however…we can do Echo.

Echo is the story of Julie Martin who, while taking pictures in the dessert, witnesses the destruction of a mysterious alloy suit and the pilot wearing it. The suit forms into small pellets that fall on to Julie and fuse themselves to her chest, forming a breast plate. Soon she is being pursued by the military and other mysterious parties. While on the run she discovers the she has formed a connection to the previous wearer, Annie, as she is joined by Dillon, Annie’s boyfriend.

While that is an excellent premise for a notable science fiction story, it is the personality of the characters that make the episodic story so addicting. Terry Moore is an expert when it comes to making his cast believable, both through their dialogue and situations and how they are visually presented. Moore’s artwork is famous for  illustrating beautiful women that are realistic while avoiding making them exploitative. He is equally know for his ability to capture expression perfectly, making him an ideal visual storyteller for the medium. As a matter of fact, he kinda wrote the books on the subjects.

Aside from writing engaging stories and illustrating them beautifully, maybe the most impressive thing about Moore is that he is a true independent creator. These days we associated independent comics with publishers like Image. Even though Moore did publish SiP through Image for a time, most of his work has been through his own publishing company, Abstract. Abstract is ran by both Moore and his wife Robyn. This essentially means that everything, outside of printing the comics, is done within the Moore family. When buying comics from Moore, you get a feeling that your money really is going directly to the creator, and in return he is giving you his best, and has been for about a quarter of a century. That is why above I avoided including links to Amazon, in favor of sending you directly to his website.

As I do every week, I hope you enjoy this episode of Legendary Runs. If you haven’t had a chance to listen to our episode on Animal Man, I highly recommend it. I would like to thank Bobby Shortle again for joining us. We had a blast. I am also happy to list the next five episodes that will take us out of the brutal summer and on into a hopefully cooler autumn.

You can listen to our episode on Grant Morrison’s Animal Man here and also on iTunes. If you have any questions or comments, please reach out to us at: