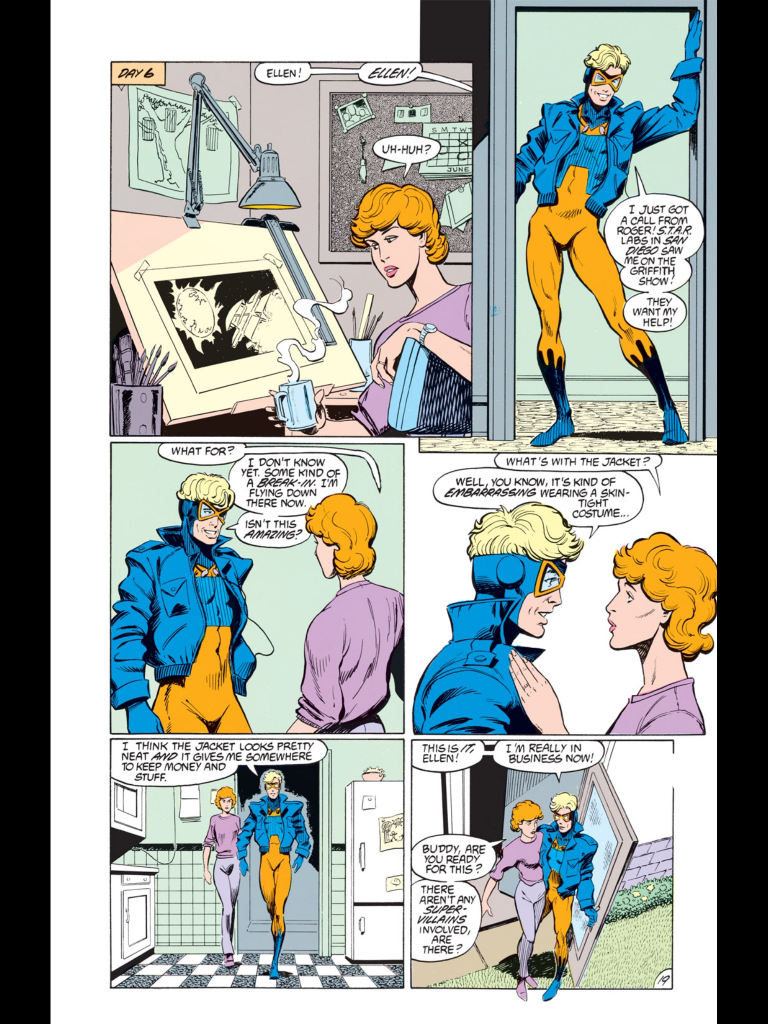 There are two reasons why you should listen to the new episode this Friday. The first is that we will be joined by a very special guest, Bobby Shortle. While Mara and I have read plenty of Grant Morrison over the years, it is still Grant Morrison and therefore too complicated to be handled by just the two of us. The other reason is simply because we are covering Grant Morrison’s Animal Man. 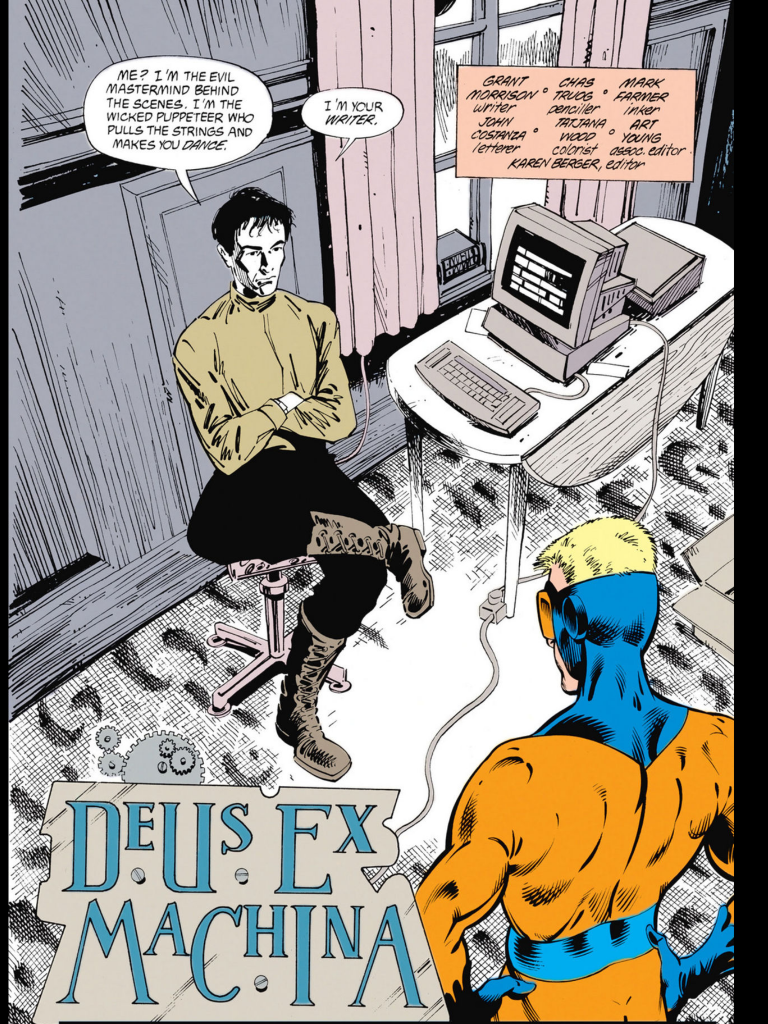 Animal Man is special for numerous reasons. It was the first major success for Grant Morrison, a creator who would later go on to be famous for his convoluted scope on continuity. It was a part of DC Comic’s British invasion that gave us Morrison, Neil Gaiman, Peter Milligan, Dave McKean and numerous other creators. It was one of many comics that would later inspire the creation of the imprint Vertigo and probably most famously it was a early example of the postmodern genre in American comic books. No scene demonstrates this better than when Buddy Baker, Animal Man, meets his creator, Grant Morrison.

This may not seem significant these days; we even previously covered a series in which the Fantastic Four met Jack Kirby posing as God, but in 1990, this was mind blowing. What is really cool is the fact that this is one of the more notable of many fascinating aspects of the run. Morrison took a random d-list hero that never had his own series up to this point and gave him some notoriety, even becoming a member of the Justice League of Europe. He wrote Buddy to be a family man who sometimes isn’t the best father, to not have a secret identity, another rarity in the DC universe. One of the things I always liked about Animal Man was his advocacy on animal rights, making him more human than your average comic book superhero.

All of that and we haven’t even talked about Cliff’s mullet, B’Wana Beast, Maxine’s kitten or Wile E. Coyote analogs. It should be a lot of fun, so make sure to join Bobby, Mara and me this week for Animal Man.If you haven’t checked out our previous episode on Dwayne McDuffie’s Icon, I hope you do. In two weeks we will be exploring Terry Moore’s self published epic, Echo. Make sure to tune in!

You can listen to our episode on Dwayne McDuffie’s Icon here and also on iTunes. If you have any questions or comments, please reach out to us at: